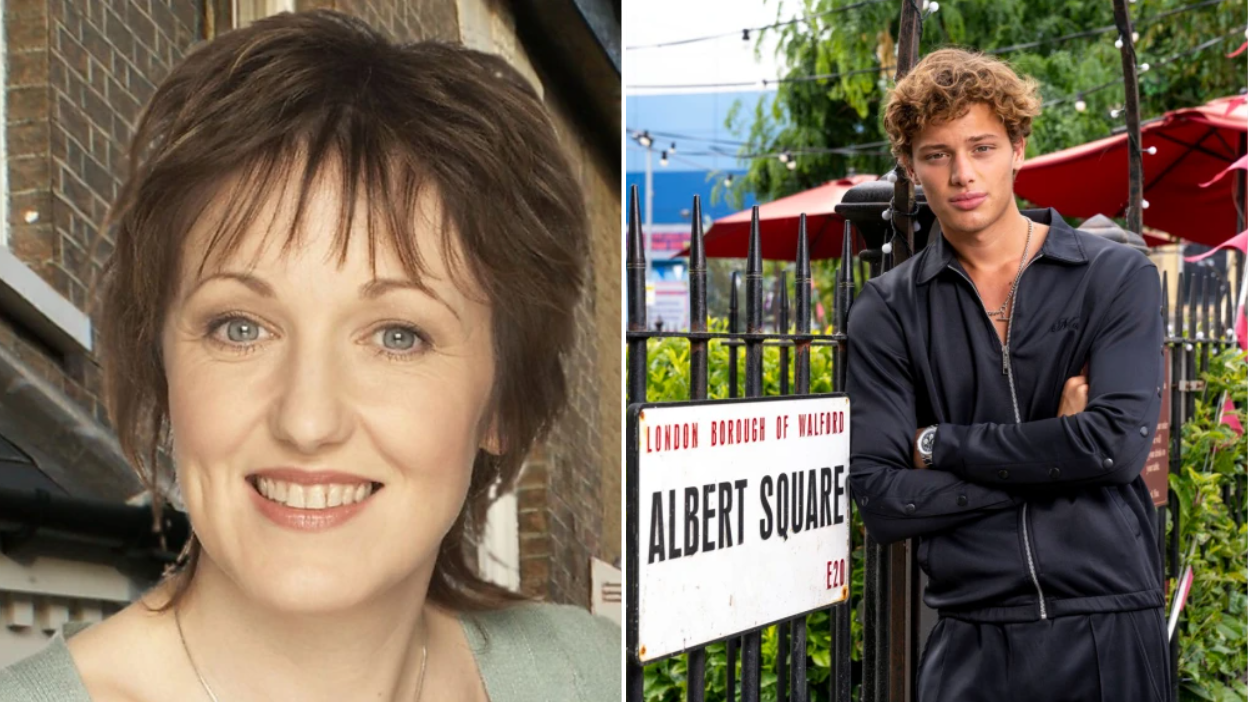 A very exciting piece of EastEnders casting news broke yesterday, as it was announced that Bobby Brazier would be arriving in Walford playing Freddie Slater, the son of Little Mo.

And of course that’s set EastEnders fans buzzing with speculation. Does Freddie’s arrival on the Square mean that we can hope to see his mum, Little Mo (Kacey Ainsworth) herself, back where she belongs among the Slaters some time soon?

‘LITTLE MO RETURN WHEN’ captures the mood quite nicely, as fans keep their fingers crossed for the popular character’s return.

Little Mo arrived in Walford in 2000 and the character was part of a huge and long-running domestic abuse storyline. Viewers saw her being worn down by constant abuse from her husband Trevor (Alex Ferns) until she finally fought back and hit him repeatedly with an iron.

Later she found love with Billy Mitchell (Perry Fenwick), but the relationship broke down after Mo was raped, following which Mo discovered she was pregnant with Freddie. Eventually Mo and Freddie left Walford in 2006.

While a return to EastEnders isn’t impossible, Kacey Ainsworth is currently busy working on the ITV series Grantchester and has recently appeared in a musical in Liverpool. When the Daily Star asked her if she was planning a return to EastEnders last month she said, ‘I do so much stuff, I’m not sure there’s room at the moment.’

But with Freddie returning to Walford, is it possible his mum might find room in her busy schedule even for a brief return? Fans are keeping their fingers crossed.

very excited! praying for a little mo return (my first fav character) i think i may cry if she returns.. even just for an episode https://t.co/XYarPCKS5j

‘Praying for a little mo return (my first fav character) i think i may cry if she returns.. even just for an episode.’