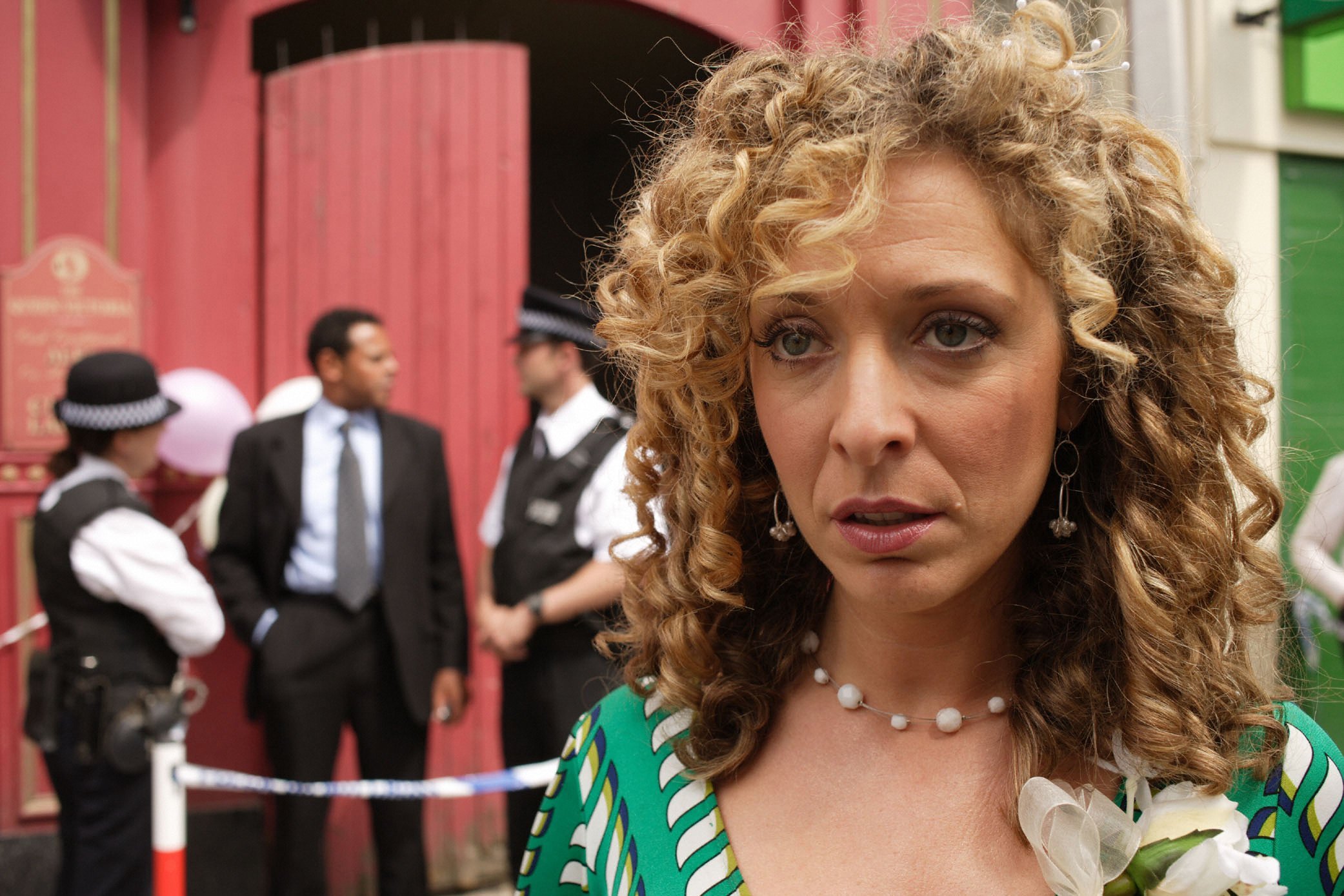 EastEnders fans have left wondering if Chrissie Watts will be making a comeback to the show, after Tracy-Ann Oberman reached out to producer Chris Clenshaw.

Oberman portrayed Chrissie between 2004 and 2005, appearing in a total of 218 episodes.

Chrissie was, at the time, landlady of the Queen Vic, and she was the second wife of Den Watts (Leslie Grantham), who returned ‘from the dead’ after being ‘killed off’ in 1989.

She featured in numerous storylines throughout her stint in the Square, but she is mostly remembered for killing husband Den, a crime which she would eventually go to prison for.

Fans have longed for the character to make a return, especially now that Sam Mitchell (Kim Medcalf), who featured heavily in the Den storyline, is back in Walford, and they could be about to get their wish.

Oberman took to social media on Thursday (April 28), asking EastEnders’ new producer Chris Clenshaw to give her a follow.

She wrote: ‘@chris_clenshaw Hi Chris can you give me a follow please.’

EastEnders airs Mondays to Thursdays at 7:30pm on BBC One.