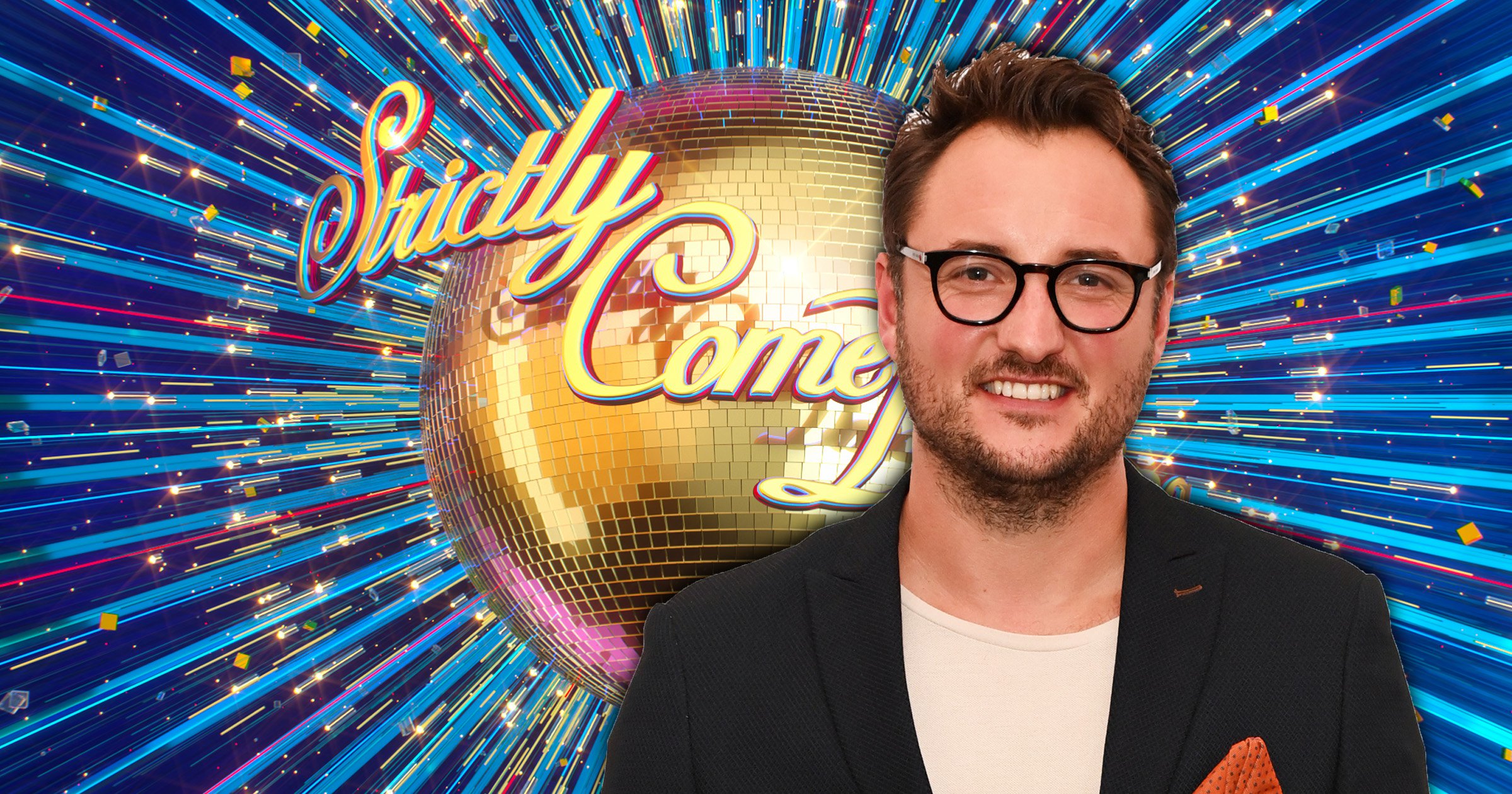 EastEnders star James Bye has become the latest star to join the Strictly Come Dancing 2022 line-up, bringing the total number of celebrities so far to 14.

‘I’m not known for my shimmy or my twinkle toes – in fact my kids regularly laugh at my dad dancing but it’s an honour to be asked and I’m going to give it my best shot,’ said the actor, who’s played Martin Fowler on the BBC soap since 2014.

‘There are some huge dance shoes to fill and it’s truly exciting to follow in the footsteps of some amazing EastEnders talent. I’d love to do everyone proud.’

James’ involvement on Strictly was announced on Friday’s Good Morning Britain, where he admitted that while he’s had ‘quite a while’ to wrap his head around it, ‘it’s still not really sunk in’.

However, he has received some useful pointers from fellow EastEnders alum Scott Maslen, who took part in the competition in 2010 and finished in fourth place.

‘He’s been really helpful, he’s given me a few key pointers…’ James said.

‘When it really kicks in, you’ve got a lot of eating, sort of keeping relaxed when you can. “Enjoy it” was the main thing, just go in and have the best time you can.’

Throughout his career, James has been nominated for several British Soap Awards, winning an accolade for best storyline in 2016.

Before EastEnders, he starred in TV programmes including The Bill, Cemetery Junction, The Great Train Robbery and The Hooligan Factory.

James has three sons with his wife Victoria Bye, who he married in 2012.

He’s the third actor to have played Martin on EastEnders, taking over from James Alexandrou, who portrayed the character from 1996 to 2007, following Jon Petyon-Price, who played the part from 1985 to 1996.

What we know about Strictly Come Dancing 2022 so far

Who are the judges?

Anton Du Beke will also be returning to judge, after it was confirmed that he would be officially replacing Bruno Tonioli.

Who are the new professional dancers?

Which professional dancers have left?

After the 2021 season, it was announced that fan-favourite pros Oti Mabuse and Aljaž Škorjanec would not be returning for the 2022 series.

Will there be a studio audience?

Yes – following past restrictions put in place due to the pandemic, the full studio audience is set to return this year, while the see-through dividers between the judges will also be removed.

When is the show returning?

The BBC has revealed that the launch show for the 2022 series is due to be recorded on Wednesday September 7.

Therefore, it’s likely that it will air a few days later on Saturday September 10, although the exact date of the first episode is yet to be disclosed.

Find out more about Strictly 2022 here.

Before they were announced, singer Matt Goss, Paralympic swimmer Ellie Simmonds and Ted Lasso star Ellie Taylor were confirmed to be taking part in the show.

Strictly Come Dancing returns this year on BBC One and BBC iPlayer.