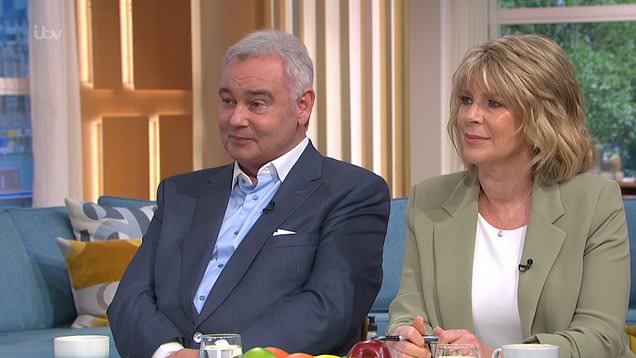 Eamonn Holmes has shared his thoughts on Dominic Cummings’ latest interview about the goings-on of the British government, saying that he ‘loved’ it and ‘believes’ the political strategist’s claims.

The former chief adviser to the Prime Minister claimed that Boris Johnson played down coronavirus as he said that those dying were almost all over 80, while also allegedly writing in Whatsapp messages that he no longer believes ‘all this NHS overwhelmed stuff’.

Cummings also claimed that Mr Johnson thinks it’s ‘ludicrous’ that he’s Prime Minister, stating: ‘He’s unusual…in having a sort of odd self-awareness mode, that he kind of knows in all sorts of ways that it’s ludicrous for him to be in that sort of position.’

On Wednesday’s edition of This Morning, Holmes and Ruth Langsford discussed the bombshell interview with Nick Ferrari and Nicola Thorp.

Holmes was clearly left reeling by Cummings’ allegations, stating: ‘I loved it. He sits there like some Marvel comic mad genius. He is obviously smarter than everybody else. I believe what he said.’ 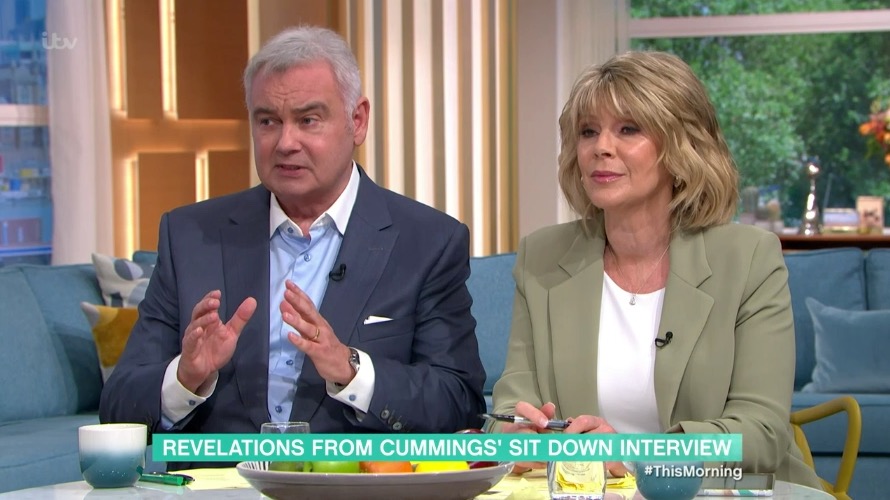 In her response, actor and journalist Thorp said that while she doesn’t like Mr Cummings, she does also believe that what he said was true.

Ferrari stressed that in his opinion, Cummings has been ‘waiting’ a long time to make his accusations.

Holmes added that Cummings ‘obviously sees himself as a sort of superior being as intellect’, stating that in his view, the former aide looks at the party system, Westminster and Whitehall and believes it is ‘wrong’, thinking that he can ‘reform all of this’.

The This Morning presenter imagined that Cummings thinks ‘I have a vision that’s going to make this better’, adding: ‘And he believes in his master plan.’

He compared Cummings once again to a villainous comic book character, saying that he’s ‘like a Lex Luthor character’, while Langsford remarked that his initial explanation of his drive to Barnard Castle was perceived as ‘patronising’.

This Morning airs weekdays at 10am on ITV.