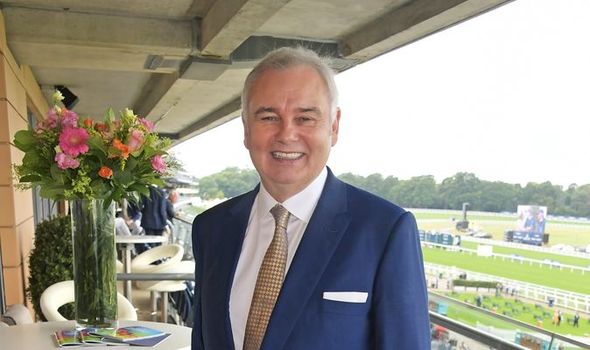 The confession came as the 62-yearold broadcaster signed off from his debut alongside co-host and ex-Sky News star Isabel Webster, 39. Eamonn told viewers: “I need to make a long-term plan about how to get up in the morning. I didn’t sleep a wink last night. My kids brought me a fancy alarm clock that went off and then I couldn’t turn it off.” Former ITV This Morning host Holmes’ switch to GB News is a major coup for the channel, after a series of high-profile setbacks.

The Breakfast With Eamonn And Isabel programme launched yesterday at 6am and featured interviews with guests including Education Secretary Nadhim Zahawi. Eamonn led seg- ments about his native Northern Ireland, post-Brexit trade and the use of fireworks over the festive period.

And in a nod to the channel’s difficult birth, he later told viewers: “We are coming to the end of our first day – and hopefully not our last day of the GB News breakfast show.” The station’s high-profile launch in June started to unravel when chairman Andrew Neil quit after three months and former BBC journalist Guto Harri resigned as a presenter, labelling it “an absurd parody”.

It was announced in November that Eamonn was leaving ITV after 15 years hosting This Morning alongside his wife Ruth Langsford, who remains with ITV on Loose Women and as a member of the This Morning team. Breakfast With Eamonn And Isabel airs on weekdays from 6am to 9.30am.