At the opening of “The Closer,” Dave Chappelle makes an announcement of sorts: This is his last Netflix special for the foreseeable future. Along with that statement comes a promise, that he’ll use the next hour as an explanation of all the jokes (and their resultant controversies) from the previous five longform efforts that have debuted on the platform since 2017.

In that way, it’s hard not to see “The Closer” as a season finale of sorts — as one last anthology installment that brings into focus the full impact of a comedy project that, for the better part of a decade, many would have thought unfathomable. Maybe it’s a function of a level of sudden prolificness that is near impossible for any comic to maintain or perhaps it’s a man in search of a niche, but “The Closer” is far from a reckoning. Instead, it’s someone cementing himself to a strange strain of martyrdom, quadrupling down on a manufactured panic of his own making.

Chappelle clearly prides himself on being a Speaker of Truths, prefacing more than a few mores-skirting doses of harsh reality with something along the lines of “I really shouldn’t say this, but…” Rarely do those truths extend beyond his own personal experience. Each of his Netflix specials have become a battle between empathy and narcissism. At times, he can make the two coexist. Arguably, he’s at his best when those two are in sync.

Most of “The Closer” however, is given over to his familiar litany of bugbears: journalists who report on his shows, those who want to hold powerful men accountable for their (mis)conduct, trans people who have been hurt and disappointed by how he has represented them in past specials. When presented with six full-length installments of one of the globe’s widest-available platforms, it’s hard not to see the common theme of Chappelle’s Netflix body of work as score-settling.

You can see in the response of the crowd that this is appealing. Some of the savviest work that director Stan Lathan — who’s worked in that role for each of these specials — has done is to frequently frame Chappelle so you can see which jokes don’t get the same universal response. In “The Age of Spin” (half of his two-part opening to the Netflix collection), he goes on an extended series of jokes where, among other things, he compares Bill Cosby’s crimes to NBA stats. In whatever taste someone may perceive those jokes, it’s at least representative of a man seeing terrible things in the world he cannot comprehend and trying to make sense of it. The result is that not everyone is goes along with him completely for that stretch of the path.

Contrast such a scene with the audience for “The Closer,” where Chappelle has narrowed his scope. He’s winnowed his “me against my detractors” brand of comedy to the point that turns his audience into de facto defenders. For as much as he talks about the power of conversation, both in a theoretical sense and in the case of his closing anecdote in “The Closer” an actual one, Chappelle’s Netflix output has been about honing his own side. (The faux magnanimity in his self-imposed moratorium on jokes about trans people is exhausting enough. That it comes after devoting a majority of “The Closer” to the subject — and to try to unilaterally declare a truce in the process — is reason to question how sincere that gesture really is.)

There are glimmers of salient points that occasionally peek through his defensive posturing. From Seneca Falls forward, there are parts of feminism that have actively excluded certain voices from the conversation. Though his not-as-constructive inference was that the two paths were mutually exclusive, Chappelle’s initial #MeToo criticism was that it was less productive to only go after individuals than address systemic problems. But in each of his chosen targets, there’s also a convenient oversimplification, one that tends to center on how he is affected personally. 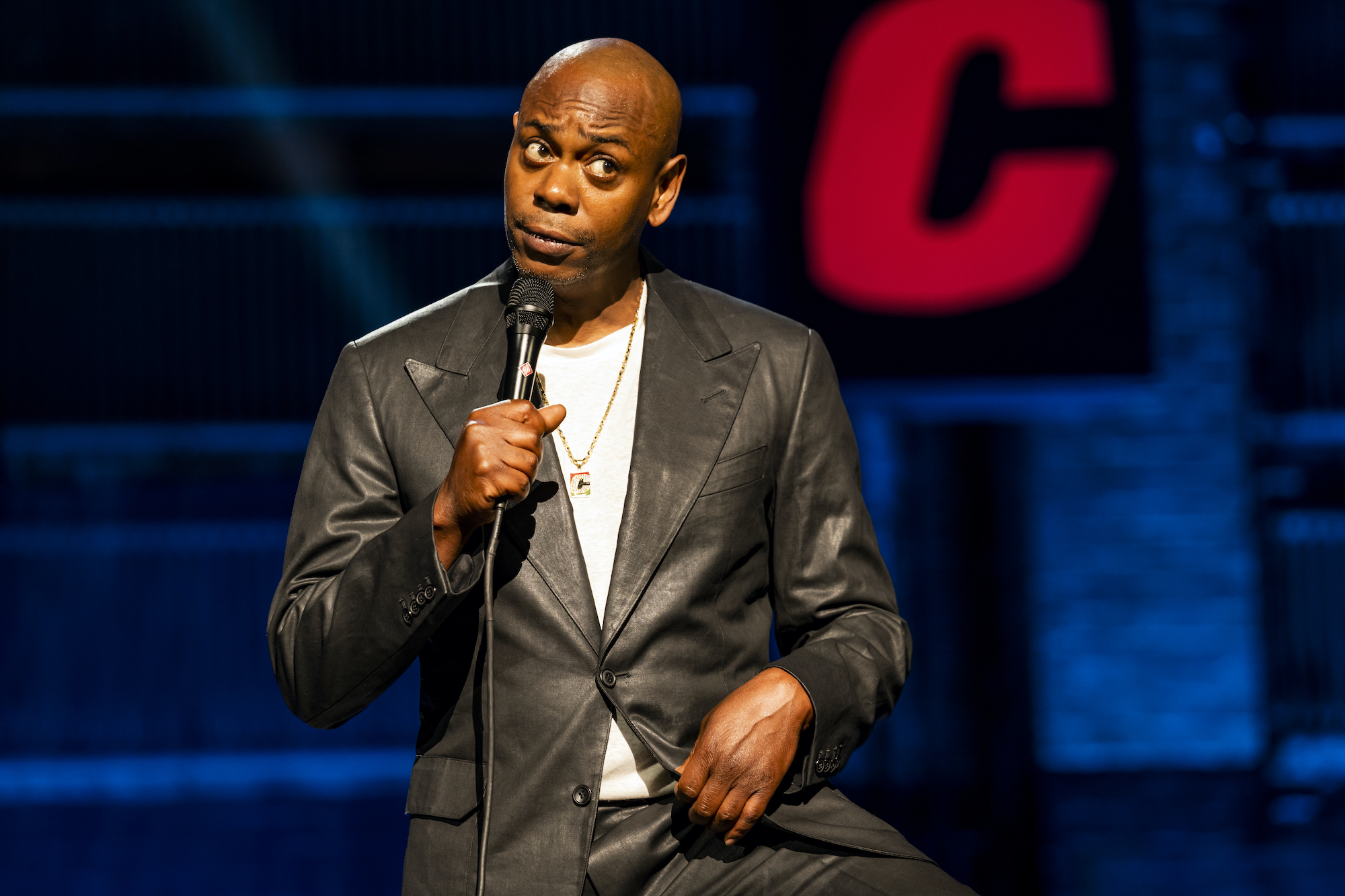 Chappelle is someone whose view of America a decade-and-a-half ago was able to crystallize the perceptions of so many people across different walks of life. If there’s anything that these Netflix specials show, it’s how that view has siloed. (Over the course of six chapters, walking away from “Chappelle’s Show” gradually moves from an act of defiance in the face of an unthinking hierarchy to being important seemingly because he himself did it.) Especially after the unfiltered perspective on a movement that “8:46” was, it’s all the more surprising to see an almost complete absence of that same fire in “The Closer.” Barely a year later, it’s hard to believe that someone with his ability would look at the previous 17 months and decide that the paramount injustice facing this country today is that he feels unjustly judged by a community he’s taken upon himself to antagonize.

“The Closer” would not be a superior viewing experience if Chappelle committed to 75 minutes of topical jokes about White House headlines or policy feuds. If anything, his Netflix specials show how capturing a moment in time over the last few years has been a fraught exercise. Early on in “The Age of Spin,” he riffs on “Making a Murderer,” a cultural touchpoint that now feels like it bubbled up approximately 87 years ago. Given that his only attempt to make a joke at the expense of architects of real pain and suffering in people’s lives is a “Mike Pence is secretly gay” joke shows he’s either ill-equipped or uninterested in offering anything of substance beyond his own personal slights. It’s telling that the moment in “The Closer” that reflects the most anger is him is talking about Kevin Hart not being able to host the Oscars. (Anyone familiar with 2019’s “Sticks & Stones” well recognize that this is not a fresh insight.)

Dave Chappelle is a sovereign entity. He is under no obligation to be an educator or a vessel or a conduit for a nation’s pain. This is the contract an audience signs with a comedian when they show up, virtually or in person. We delegate our time and attention to a single speaker, for however that individual chooses to fill an hour.

So it’s disappointing to see Chappelle devote so much time in “The Closer” to grievances, especially when they’re devoid of almost anything that’s made his previous Netflix output compelling. Closing “Equanimity” with the story of Emmett Till underlines how the past is not as far past as we imagine. His parting message from “The Bird Revelation,” delivered without any fancy mic drop or crowd adulation, is a metaphor for how America’s entrenched systems exploit those who are most vulnerable. “8:46” tapped into a fundamental recognition of a shared mortality, one that’s tied to a cycle of injustice that too many choose to ignore.

On a technical level, Chappelle is an expert at using the mic as a physical tool to enhance a joke or a story. The formal trickery of “the four times I met OJ Simpson” in “The Age of Spin” or the reverse punchline gambit of “Equanimity” is a window into how Dave Chappelle became a sketch comedy icon in the first place. (If there’s a respite in this last special, he’s seemingly given up on describing every sketch series in his wake as “doing his show.”)

But when it came time to deliver his closing message to legions of Netflix viewers who will have access to his thoughts and works in perpetuity, none of that was there in “The Closer.” In its place, all that’s left is the same tired observations delivered behind a bizarre form of commiseration, this time with an added dash of JK Rowling solidarity and using someone else’s death to validate his half-decade of public stubbornness. It might not be a tragedy, but it’s a lot closer to one than it should be.

“Dave Chappelle: The Closer” is now available to stream on Netflix.