Cruel Summer only has two episodes left, and the Freeform show has done a fantastic job of keeping audience members hooked. And the final stretch feels like it’s going into overdrive with how the Cruel Summer theories are ramping up and how many questions still remained unanswered.

A lot of fingers are starting to point toward Mallory, who is now very close to Kate in 1995 and completely iced out with Jeanette in 1993, it seems. But according to Harley Quinn Smith, the audience has never seen anything but the real Mallory. Does this mean that she’s off the hook from some of the more negative theories? [Spoiler alert: Spoilers ahead for Cruel Summer, through episode 8]. 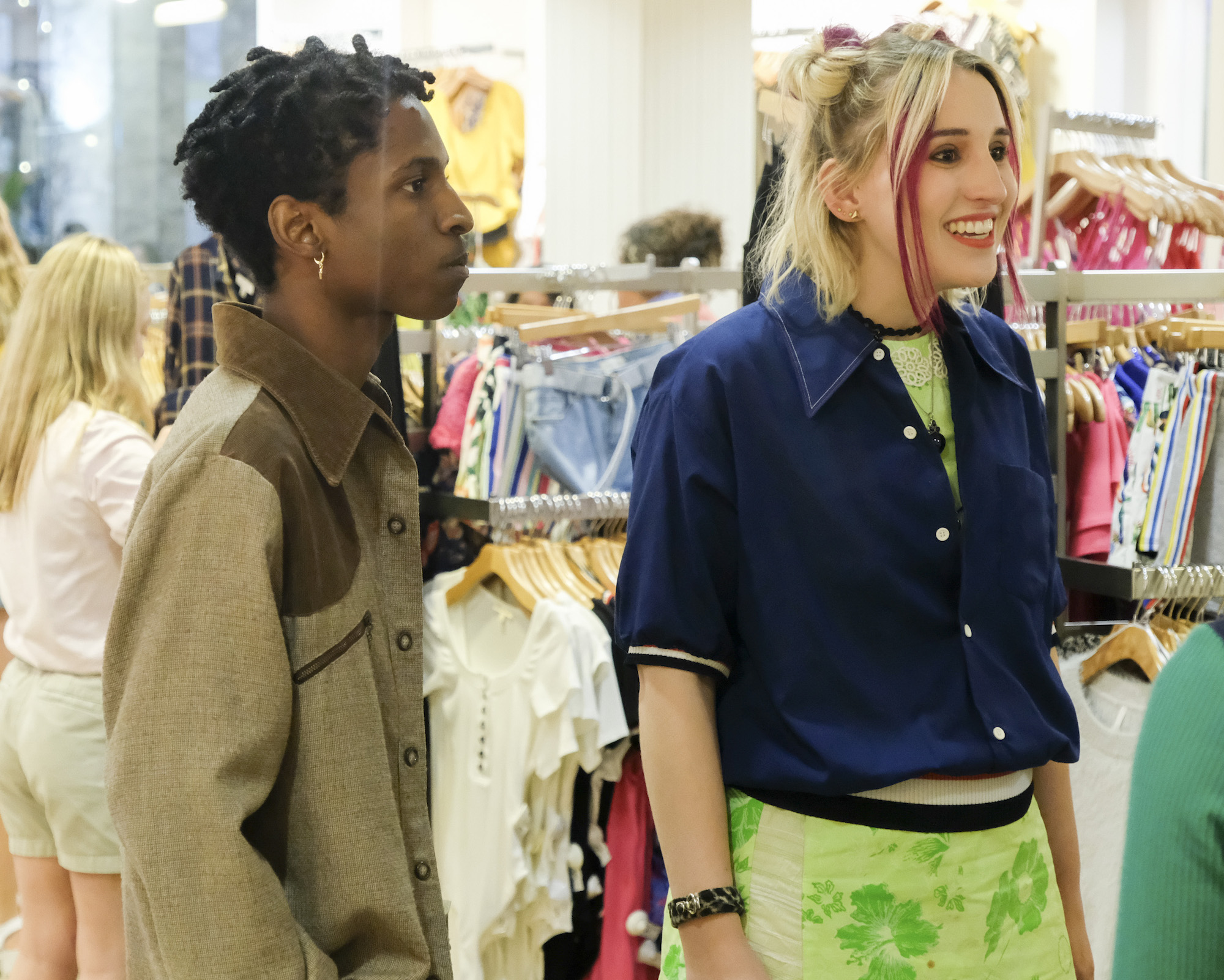 The majority of Cruel Summer revolves around Kate Wallis’ disappearance, her return, and the fallout that came from her being held hostage by Martin Harris. Jeanette Turner was a nerdy girl-turned-popular teen who had her come-up after Kate was gone, seemingly stepping into her life. Kate accused Jeanette of seeing her in Harris’ house, in captivity, and Jeanette denies it. Jeanette is now counter-suing Kate for defamation because the world hates her following Kate’s claims.

The audience still doesn’t know the full truth. And in the middle of it all is Mallory, Vince, Ben, and Jamie, who are key members connected to Jeanette and Kate’s respective relationships. And while we don’t have the full story of how Jeanette went from braces and awkwardness to a Queen B dating Jamie, we do know now that she cut off Mallory after a particularly bossy day in 1993, but stayed friends with Vince (which viewers already knew).

Mallory always hated Kate, or spoke ill of her and her popularity. Really, it seems like she didn’t like when Jeanette’s attention was diverted away from Mallory to Kate. And she loved being the one in charge of Jeanette, Vince, and their summer list. But after Kate is found in 1994, Mallory seems honored and also in awe that Kate wants to hang out with her. This leads to a year-long friendship that is going strong into 1995. By then, Mallory is telling Joy Wallis off, helping Kate with her therapy tapes, and is Kate’s all-around best friend. Something Jeanette would have killed for in 1993.

What a stark contrast for Mallory, in terms of her feelings toward Kate, right? Well, according to Smith, the Mallory that fans got in 1993 is still the same as the one roller-skating with Kate in 1995.

“It’s interesting because in a lot of ways I think Mallory is still very much the true essence of herself,” she told Refinery29 on May 26. “That doesn’t really change throughout the years.”

Now, of course, as teens age, they lose their innocence and naivete, which Smith noted. But it’s still interesting that she said that Mallory is still the same person, through and through, considering she was so upfront and bossy with Jeanette and very doting on Kate. But her honesty does seem to be there in both friendships; she’s just very blunt with Jeanette whereas she’s comforting with Kate.

“Mallory does stay pretty true to who she is as a person, which I appreciate because she’s just the same old Mallory under different circumstances, and in different times in her life,” Smith continued. “It’s so interesting to get to play her in those different stages and when she’s going through those different things.”

How does this fit into the theories that Mallory is somehow involved in Kate’s situation?

It’s hard to miss all of those negative theories surrounding Mallory at this point. Between the differences in the way she acts with both Jeanette and Kate, along with the new tape and snow globe developments, fans are coming up with so many different ideas around the character. Like the fact that she might have known Kate was in that house all along, considering she caught it on tape. Did she have another copy aside from the one Harris destroyed?

With all that said, does Smith’s quotes put a stop to all of that? Not necessarily.

All Smith said was that Mallory has been the same person this entire time. She’s “still very much the true essence of herself,” as she put it. As stated above, Mallory’s demeanor changes between 1993 and 1995, and Smith noted that there’s a loss of innocence there as a lot of teenagers age. But at her core, Smith insisted that Mallory has been herself.

There isn’t a confirmation that Mallory isn’t lying or that she’s telling the truth or that she isn’t hiding anything. So she could still hold something in her back pocket, especially considering she’s lying to Jeanette about that snow globe. Why? Fans will just have to wait and see.