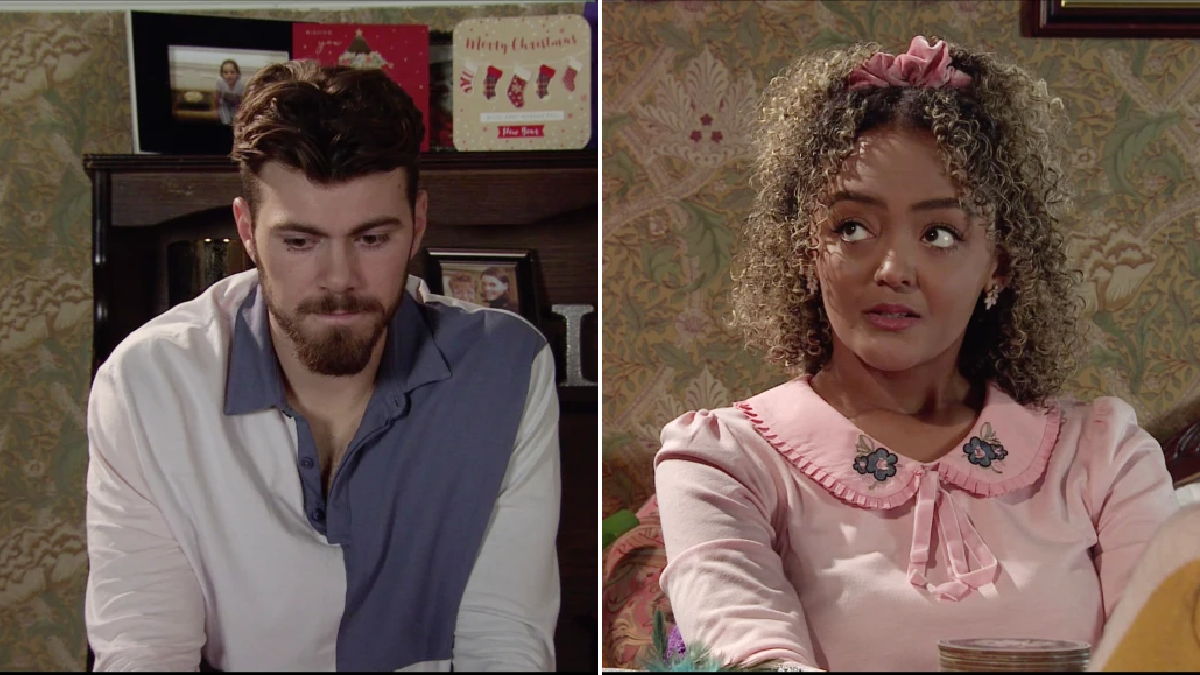 Despite the rocky start, Emma loves Curtis dearly and is currently in the middle of planning their wedding!

However, now Curtis’ secret has been revealed, many are wondering whether the character actually loves Emma, given the huge web of lies he’s spun for months.

But as Sam Retford explains, Curtis still wants to marry Emma as his feelings for her are completely genuine:

‘He would do this before with other people, but he would leave. He would get what he wanted, not consciously, but once he felt that fulfilment, he would feel the risk is too high to stay and he would make up an excuse and run away so he didn’t have to face any more authentic introspection.

‘With Emma, it was different, and I think he knew it was going to come up eventually. If he tells her and she stays, she stays. I think she’s taught him to be his authentic self, the love Curtis has for Emma is definitely authentic adoration.’

‘It’s really tough because there’s two ways you can look at it’, Sam added, discussing how he’s played Curtis since his arrival back in May.

‘When I first started the job, I looked at it in quite a clinical, pragmatic point of view and consider what someone with this condition would typically act like or how their behaviour is influenced by the disorder.

‘Now, I’m quite empathic to Curtis and try to make sure he’s honoured and all of those decisions he was making came from a place of hurt and a place of self-loathing in a way. It really made you fall in love with him.’