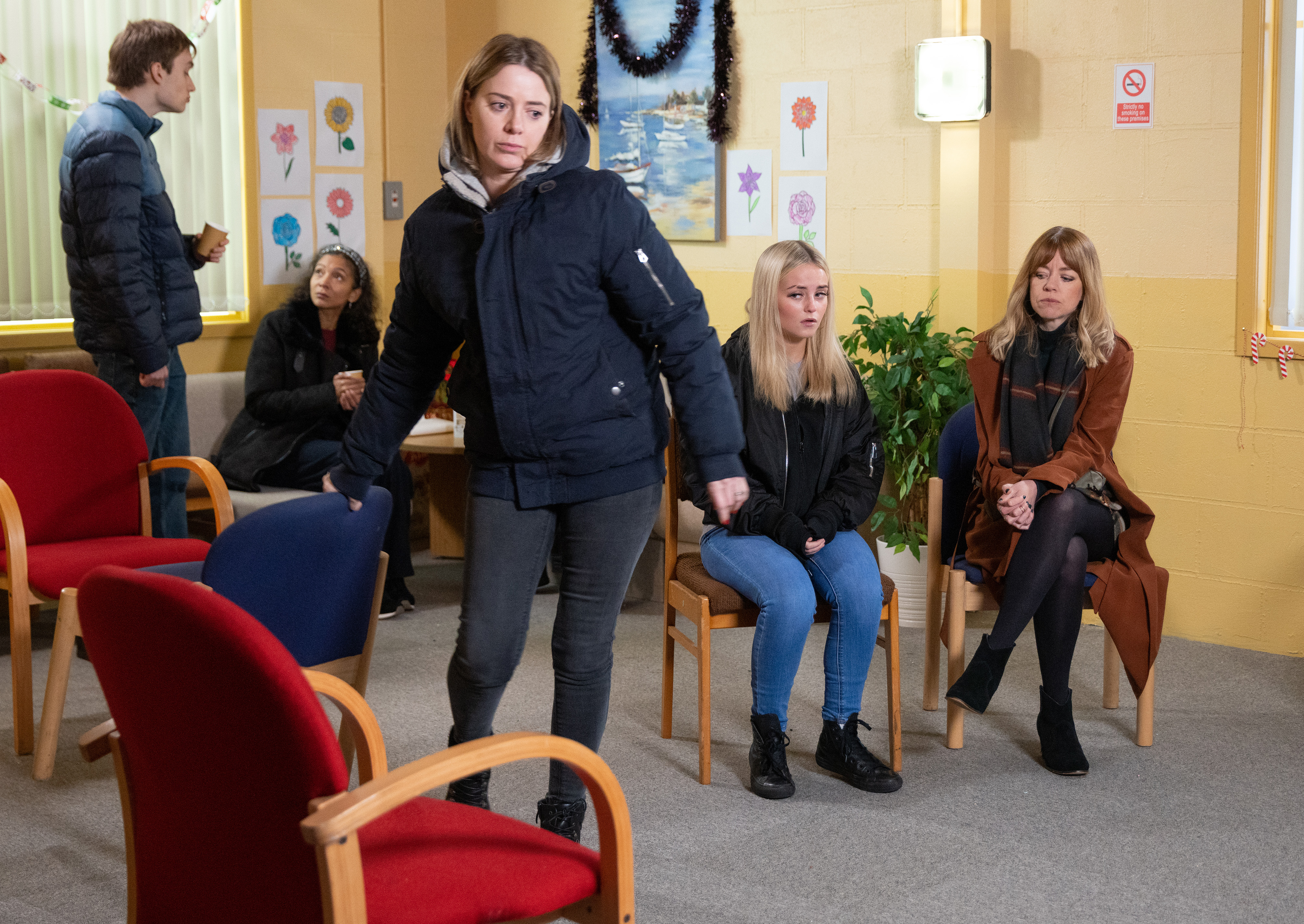 Abi Franklin (Sally Carman) seems like she will never forgive Kelly Neelan for her part in the death of Seb in Coronation Street – and that’s hardly surprising.

Abi will do anything to drive Kelly out – and when Kelly leaves flowers and a letter on the memorial for Seb, she sees red.

Millie Gibson explained to Metro.co.uk: ‘Abi is not happy at all. If you put yourself in Abi’s shoes and you see a letter from someone involved in taking that life.

‘The anger is unimaginable. She kicks off big time and it also triggers her feelings towards Kelly. Abi is bordering on bullying Kelly, it’s very sad.’

But there might be a sliver of hope when Abi sees a bit of herself in troubled Kelly. After Kelly struggles with spice again, she heads to an NA meeting, which Abi is also attending.

And when Kelly tells her story, could there be a thawing?

Millie revealed: ‘I think in the NA meeting they seehow weirdly alike they are. They are both in the meeting, they have similar relationships with drugs and also in the sense of family loss and self destructive mindset.

‘She doesn’t want to rattle Abi’s feathers but she sees Abi start to kind of relate to her and I think they both subtly realise that. It is start of a truce, a moment at least. Abi sees Kelly as the past her.’

Could this be the start of a new path for them?

The journey is far from over but this could be promising.