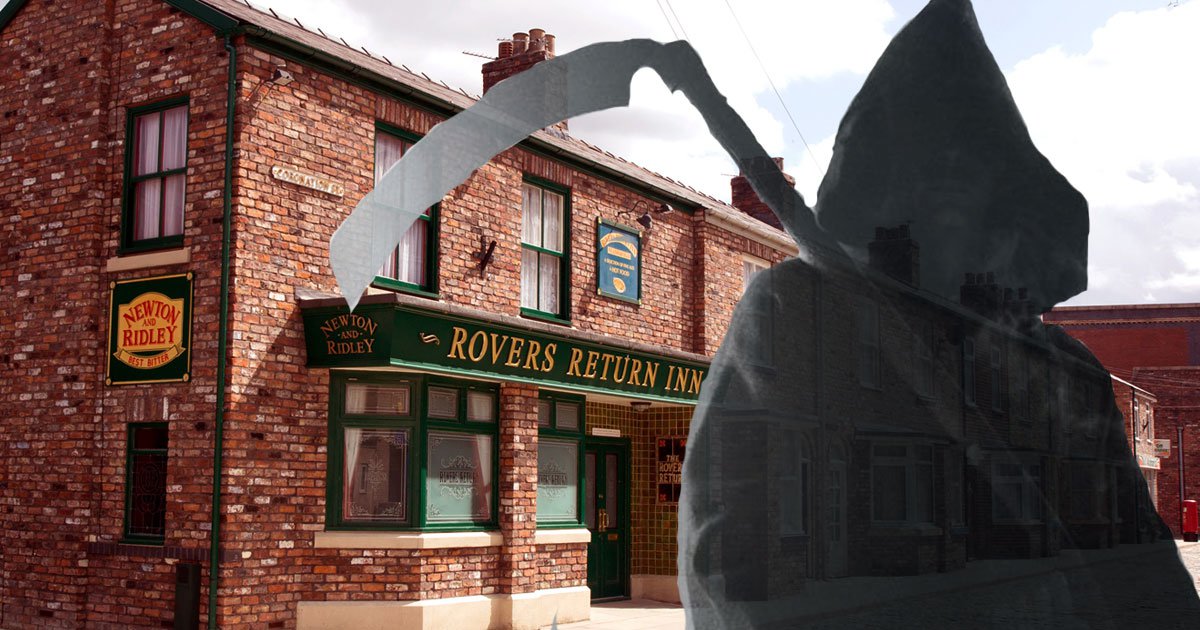 The temptation to bring beloved villains back for one more scare means that bogeymen are notoriously hard to kill.

But Coronation Street is to next week do away with one of its most memorable baddies when Kirsty Soames, one-time abuser of Tyrone Dobbs, will be revealed to have died.

For those who loved Natalie Gumede’s chilling portrayal of the unhinged uniformed copper, this feels like a cursory ending for Kirsty. Admittedly, she hasn’t been seen on screen since 2013, but fans had presumed the evildoer was still out there somewhere. And knowing how soaps love a high-profile comeback, there was always the possibility that she might one day return.

So, giving Kirsty an off-screen demise feels, to those who invested in that original plotline, rather underwhelming. Granted, the chances of Gumede reprising the role were probably slim (post-Corrie, she’s enjoyed success in the likes of Titans and Strike), but this course of action still deprives viewers of the chance to witness a suitably explosive exit that’s actually been caught on camera.

Yet it’s not hard to work out why Corrie has made this decision. Kirsty’s demise is to bring Tyrone back into the orbit of Fiz, while current girlfriend Alina will no doubt end up feeling unnerved by the lack of knowledge and insight she has about Ty’s troubled past. In short, the death of Kirsty provides more plotlines for those who actually remain on the Street. But it still feels dismissive and unfair for someone as notable as Kirsty to be bumped off so unceremoniously.

She’s not, though, the first to be treated this way. For decades, we’ve seen former residents of soap neighbourhoods chucked away to service current storylines. On Coronation Street alone we’ve had florist Lucy Barlow succumbing to a terminal illness and Katy Armstrong dispatched in a car accident. But EastEnders has been even more brutal, with Cindy Beale dying in childbirth, Angie Watts drinking herself into an early grave and Pete Beale offed by gangsters.

All of which brings us to Pete’s former wife Kathy, herself once thought to have been killed in absentia in South Africa. But Kath is also the prime example of what can happen when soaps later regret wielding their scythes. Nine years after her ‘death’ in 2006, Ian’s mum was miraculously resurrected in time for EastEnders’s 30th anniversary.

The explanation for Kathy still being in the land of the living stretched credulity to near breaking point but was an abject lesson for soap bosses: don’t sacrifice your treasured characters off-screen for the sake of a short-term ratings spike because you’ll only end up having to contrive a convoluted reason to explain their survival years later.

There are, of course, occasions when depriving viewers of a final moment comes through necessity rather than choice. When an actor who has become indelibly linked to their soap alter-ego passes away, writers are left with little option but to script a fitting send-off.

Hence Corrie battleaxe Blanche meeting her maker while staying with a friend in Portugal and her daughter Deirdre dying on a trip to see best buddy Bev. But these tragic events make a greater impact than most other exits of this nature because we, as viewers, feel as though we’re watching surviving cast members grieving for fallen colleagues or friends.

By comparison, the end of Kirsty has a slightly cynical air about it. And not just due to our awareness that it’ll be used merely to slather a fresh layer of melodrama onto that Fiz-Tyrone-Alina tug of love. We’re sceptical, too, because there’s no guarantee that Corrie won’t choose to unpick everything a decade in the future when, say, Kirsty and Tyrone’s daughter Ruby has a crisis in her teens. As one soap producer once remarked to me, ‘if a body hasn’t been seen by viewers, then anything’s possible’.

With loopholes like this, is it any wonder that we’re often left feeling non-plussed and short changed? And with Kirsty being such a vividly malevolent figure in Corrie history, she definitely deserved more than to be perfunctorily killed away from Weatherfield. That is, if she truly is dead at all…

Tags: tyrone dobbs
You may also like
Celebrities News