For the past year, Geoff Metcalfe (played by Ian Bartholomew) has been tightening his grip of wife Yasmeen Nazir (Shelley King) a little more each day. Coronation Street revealed the two characters would be embroiled in a coercive control storyline, but in recent weeks, the psychologically abusive acts have been cranked up a notch. With many viewers begging the ITV soap to put an end to Geoff’s sinister behaviour, Coronation Street’s Producer Iain MacLeod has spoken out about what’s to come.

From throwing out Yasmeen’s old clothes and taking her on a spontaneous shopping spree to buy new ones, to banishing her from work after she injured her back because Geoff ordered her to move all the furniture in their house and clean it top to bottom; coercive control comes in many forms.

Most recent, ITV viewers were horrified when Geoff killed Yasmeen’s beloved pet chicken Charlotte Bronte and then roasted her for their dinner that night.

According to official soap spoilers, Geoff is going to isolate Yasmeen from her family, friends and Speed Daal even further.

In upcoming scenes, he is going to ask Yasmeen’s granddaughter Alya Nazir (Sair Khan) to sell her shares of the business back to him and her grandmother. 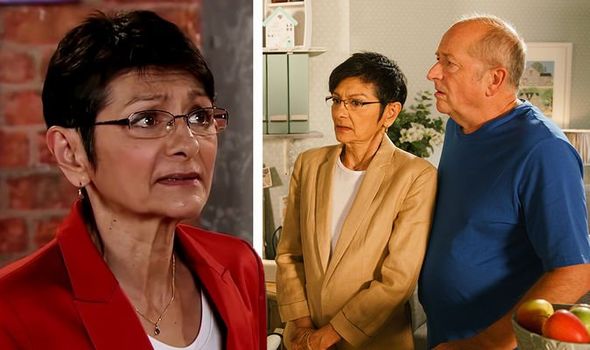 It comes after he wrote a scathing review about her customer service online, in a bid to tarnish her reputation and force her out.

Unsurprisingly, Alya is not going to succumb to Geoff’s pressure and instead, is even more suspicious of his behaviour.

As for what’s coming up, Iain explained how Yasmeen could find herself locked inside the house by Geoff.

He told RadioTimes.com: “This pattern of behaviour continues until victims have been psychologically imprisoned by the very person who professes to love them. The imprisonment is sometimes more literal, with the abuser controlling their partner’s access to money, when they leave the house and who they see – even what and when they eat. 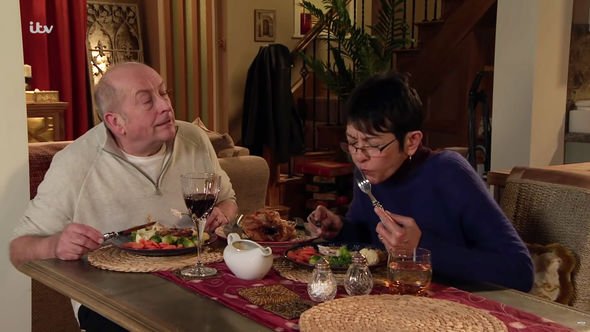 “We will be exploring all these aspects of this complex issue in upcoming episodes, as Geoff’s stranglehold on Yasmeen tightens.

“I hope the storyline will give those who are in an abusive relationship the courage and insight to get out before it’s too late,” he added.

There are several things to consider with Iain’s comments, for starters, it seems almost certain Geoff is going to trap Yasmeen inside the house and control her every move, using the excuse of her injured back as a reason to not work.

As for how he could get around her not seeing her friends, she could use Charlotte’s Bronte’s death as a reason for wanting to grieve away from prying eyes and probing questions. 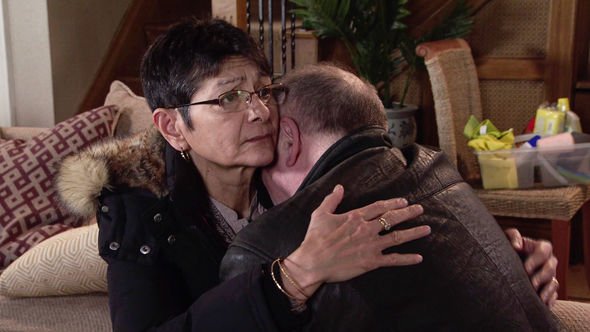 The fact Iain says he hopes this storyline will provide courage for those in a similar situation to Yasmeen to “get out before it’s too late” provides some hope.

While there are going to become darker scenes to come, does this mean, Yasmeen will eventually get out of this abusive marriage alive?

Many fans have taken to Twitter to theorise the ending for this storyline.

One said: “I’d like to see @itvcorrie do a storyline where Yasmeen gets her revenge on Geoff by slowly poisoning him for murdering her pet.  #coronationstreet.”

“I really want yasmeen to smack geoff to death with that hoover he bought her #coronationstreet,” another suggested.

While someone else wrote: “Omg Yasmeen!! Please get rid of Geoff. I hate this storyline! #coronationstreet.”

Whether or not Yasmeen has the strength inside of her to physically get revenge on her husband, she must first realise what is happening to her.

Express.co.uk spoke exclusively to Sarah Jane Lenihan a Partner at Stowe Family Law LLP about how Yasmeen could get out of this abusive situation, and she said “it is difficult” to give a time frame for how long it will take Yasmeen to understand her situation and get help.

“I have had clients who have phoned the police after the first incident and take legal advice and exit the relationship,” the legal expert explained.

“On the other hand, I have had others that have endured the behaviour for many years; in one case as long as 50 years before finding the strength to leave.”

If you or anyone you know has been affected by Yasmeen’s storyline, please see Women’s Aid’s website here for help and advice.