Coronation Street resident Maria Connor (played by Samia Longchambon) has been playing Gary Windass (Mikey North) and Ali Neeson (James Burrows) against each other ever since she lost her baby in a tragic miscarriage. But when Ali is taken to hospital later this week, the GP will blame Gary for putting him there forcing Maria to make a big decision.

But as usual, there was a lot of drama behind the scenes and in upcoming scenes, Adam will be thrown into the Maria, Gary and Ali triangle once again.

Ali will admit to Adam he and Maria spent the night together and the newlywed will promise to keep the secret, but will he have a change of heart when he comes face-to-face with Gary?

Would Adam happily put Ali’s life in danger in order to get some control over Sarah’s ex Gary? 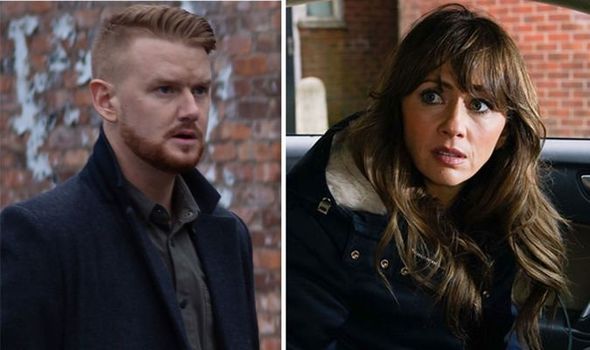 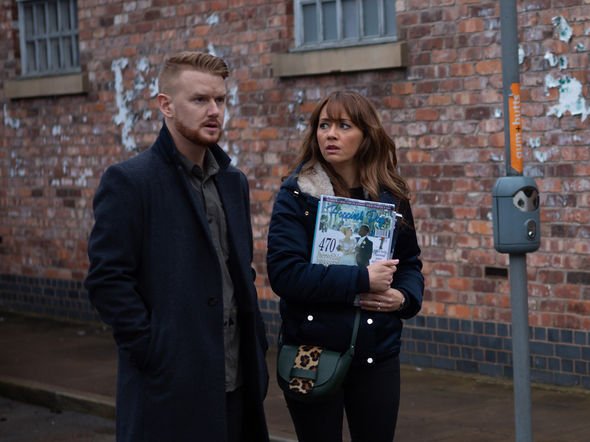 In upcoming scenes, Maria will call into the hospital worried about Ali after he is carted off for a suspected overdose.

A very angry Ryan Connor (Ryan Prescott) will get to Maria first telling her off for playing off the lovers against each other.

However, Maria will spot Ali sitting in his car and get in the passenger seat to quiz him over his overdose.

But, Maria will be left horrified when Ali locks her in the car and tells her Gary spiked his drink. 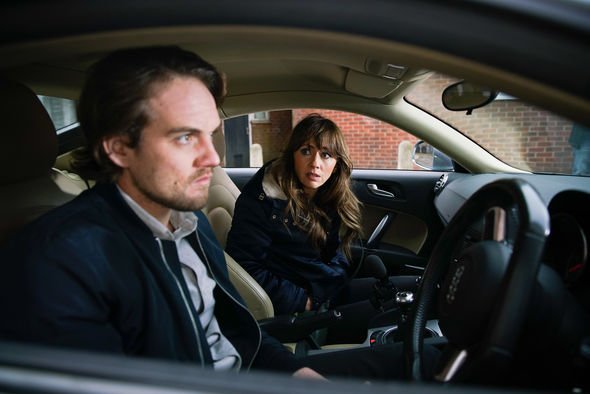 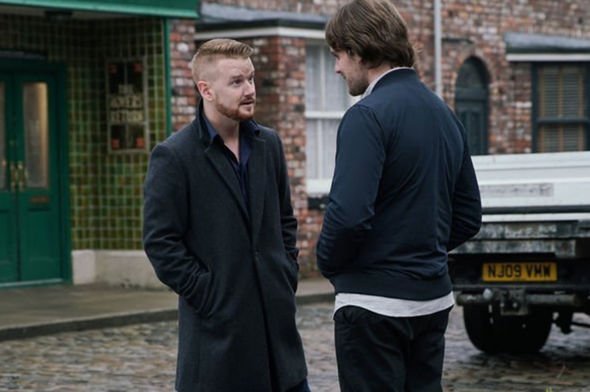 Maria will try to escape but will Ali let her go or is this the final straw?

Viewers will have to wait to see if Ali is going to let her go, but even if he does, this doesn’t mean Maria will ever be able to forgive Gary.

Maria could be handing Gary his engagement ring back pretty quickly, but with a very special Coronation Street episode on the horizon, Gary could get rid of Ali for good.

Soap spoiler expert Sharon Marshall revealed to Holly Willoughby and Phillip Schofield on This Morning next week Ali will be put in mortal danger.

It’s not yet been confirmed if Adam is going to throw Ali under the bus.

James Burrows who plays Ali announced he would be leaving the show for good, so are the writers setting him up for a bitter end?

Viewers will have to wait and see if Gary will go back to his murderous ways, but either way he will leave with a bang.

Fans have taken to Twitter to give their theories about the Gary and Ali showdown.

One tweeted: “Gary is going to kill Ali when he finds out they’ve slept together #corrie.”

Another added: “Ali’s got a death wish going after Gary #Corrie xx.”

And one more explained: “Maria’s probably gonna get pregnant again with Ali’s kid. Gary kills Ali when he finds out. and that’s how he leaves. #Corrie #CoronationStreet.”