Loose Women panellist Coleen Nolan was joined by co-stars Charlene White, Katie Piper and Dame Kelly Holmes to discuss whether they would speak up knowing their ex was cheating on their new partner. The topic stemmed from Coleen’s ex-husband Shane Richie’s upcoming storyline as Alfie Moon as he attempts to get Kat Slater (played by Jessie Wallace) back.

Introducing the topic, Charlene revealed: “Last week he [Alfie] quite literally barged back into her [Kat] life on her wedding day.

“This week Alfie decides he is sticking round the square and is on a mission to prove to his beloved Kathleen that Phil is a wrongun and he is the one for her.

“So now we have all caught up with that, if you think that your ex is cheating on you, do you think it is your duty to speak up? Hold that for just a second Coleen, I am going to ask Katie first.”

Coleen laughed and exclaimed: “Thank god for that,” before Katie asked: “Can I just say, Coleen, don’t you think that Kat and Phil make a really good couple?” 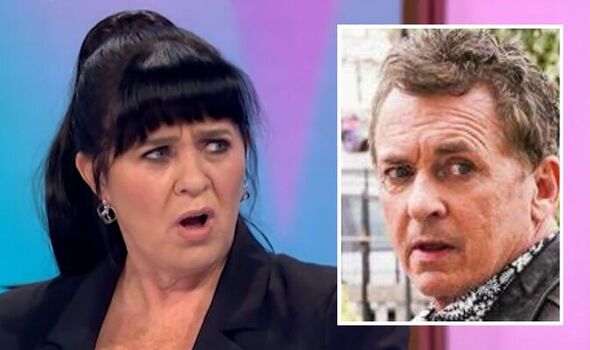 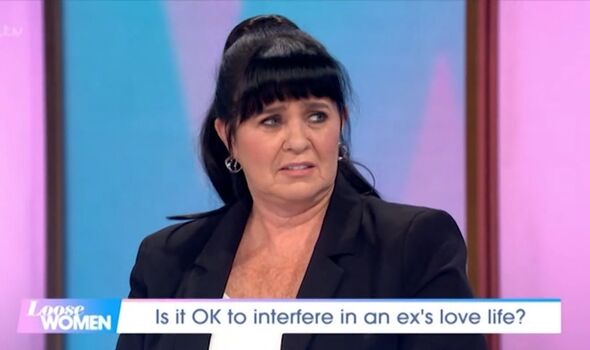 Shocked at her revelation, Coleen shouted: “No! No, I’m sorry it is ridiculous. You would not pick Phil over Alfie!”

Teasing her co-star about her previous relationship with the actor, Kaite joked: “Speaking from past experience.”

Proud of her relationship with Shane, Coleen clapped back: “Absolutely! I don’t know Kat and Alfie just go together don’t they over the years and Phil is just always miserable.”

Getting back to the topic, Charlene asked: “What would you do? I think you are coming from a biased opinion if you are going to your ex’s new partner because you knew them as your partner. 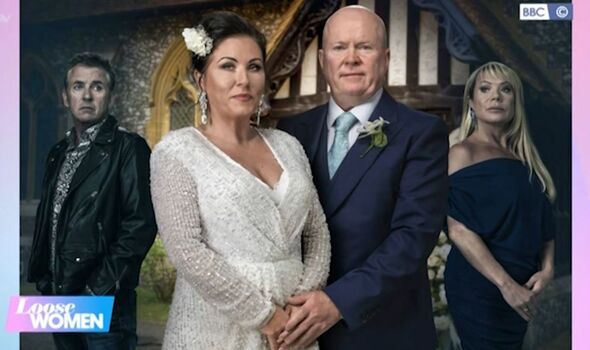 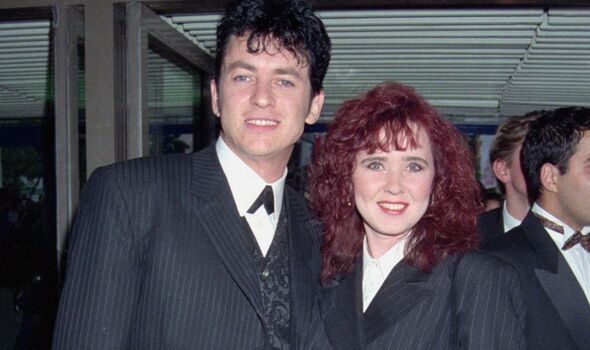 Coleen agreed and added: “And you would have learnt from your past relationship, but if the ex of your partner came up and because it is the ex you probably won’t believe them anyway.”

Speaking from her personal experience, Coleen explained: “Well that is just silly, they need to get a grip.”

Shutting down the suggestion, Coleen added: “I don’t think it is my business and unless I had, certainly not if I was the ex going up, I mean I’m really good friends with both my ex-husbands and with Shane’s wife Christie.

“I would never dream of going, ‘Well when we were together he did this, and he did that’, because he won’t.

“Just because he did it to me doesn’t mean he is going to do it to her and that is not my place. If that happens, that is her or him to deal with, I am out of the picture now.

“I just want to be their friends, I don’t want to be involved in their personal stuff of theirs. And also I don’t think it is good unless you have concrete evidence to pass on a rumour.”

Alfie made an iconic comeback to the BBC soap determined to win Kat back after he moved to Spain and bought a boat.

“I’m gonna win you back before you and Phil tie the knot. I love you, Kat, you know I’ve always loved ya,” Alfie told her. “How about this? It’s gonna be me and you getting married.”

Kat told him she would only marry him in a straight jacket but it was music to Alfie’s ears, as he told her: “You didn’t say no,” leaving fans convinced the couple will reunite because of it.