We get it, the pun practically wrote itself 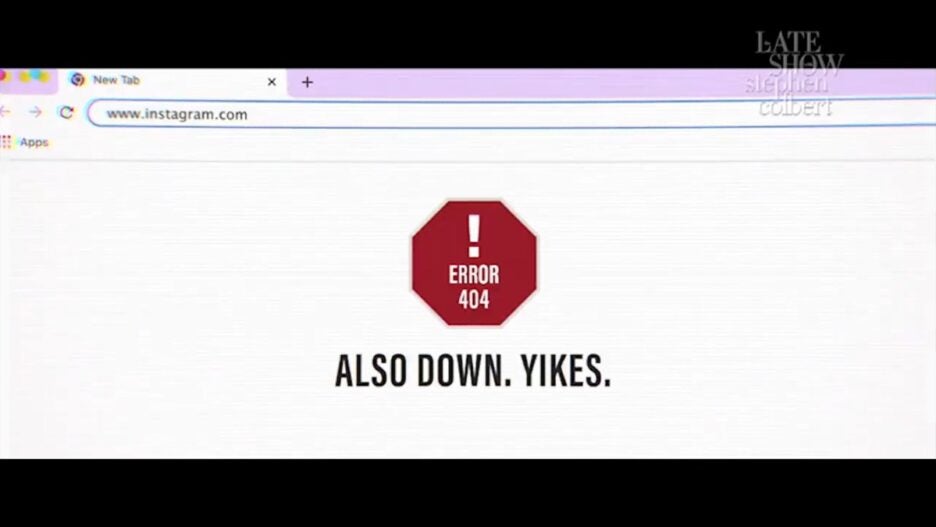 Stephen Colbert kicked of Tuesday’s episode of “The Late Show” with a joke that repurposed footage from 2010’s “The Social Network” to mock the various problems Facebook is experiencing this week.

Of course by now you know what those problems are. The damning account of the company’s (alleged) bad faith and active societal harm by whistleblower, former Facebook product manager Frances Haugen, who testified this week before Congress and also appeared on “60 Minutes,” and of course the weirdly timed hours-long outage that occurred on Monday.

So, like always the cold open gag began with news clips summing things up. We know you know this, we’re only mentioning it because we always do. Anyway, once the summary ended, then began the clip, called “The Social Notwork” (get it?), which took a scene from “The Social Network,” the film starring Jesse Eisenberg as Mark Zuckerberg that chronicles the rise of “Facebook.”

We see Eisenberg’s Zuckerberg typing on his computer, attempting to access Facebook, Instagram, and Whatsapp, only to discover all three sites are down. Then, he tries to find out how his net worth is doing, only to see he’s losing a lot of money. Finally, we see Haugen sitting at her computer (actually, repurposed footage from CBS’ “60 Minutes’ — hey, synergy!) as she types her opening statement to congress, which is just: “Hahahahahahahahahahahahah.”

And that’s it! Watch the whole clip below.

Tags: 'Colbert, Reimagines, s, the
You may also like
Celebrities News