CHRISSY Teigen takes a laid back approach to modelling in her latest photoshoot.

The model, 34, who is the wife of American singer John Legend, 41, opened up about motherhood and cosmetic surgery in a candid new interview with Glamour magazine. 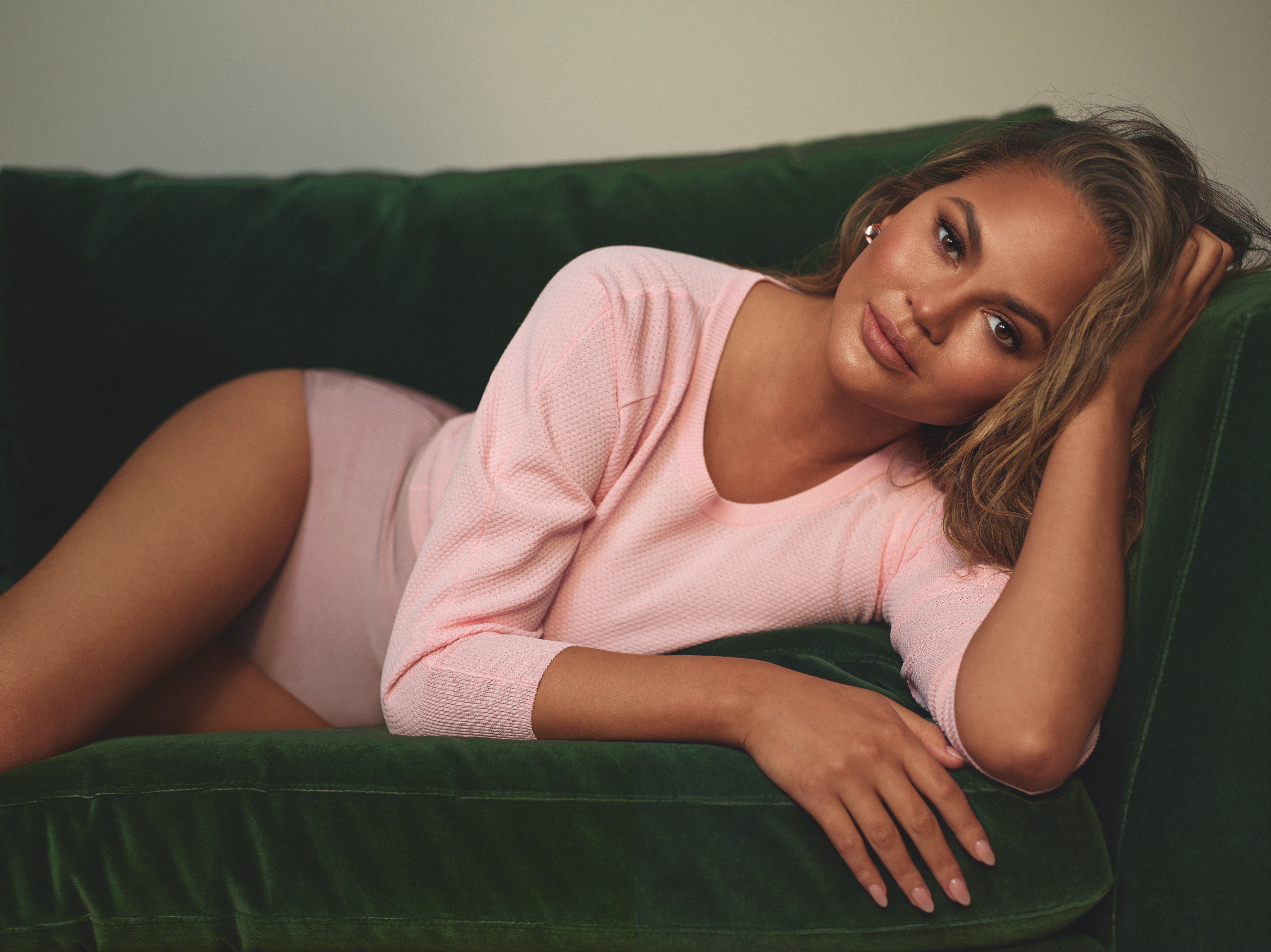 She confessed to boosting her breast size aged 20 and said she wanted to go under the knife again after having two children left her feeling “deflated”.

Chrissy said: “I thought, if I’m going to be posing, laid on my back, I want them to be perky!

“But then you have babies and they fill up with milk and deflate and now I am screwed. 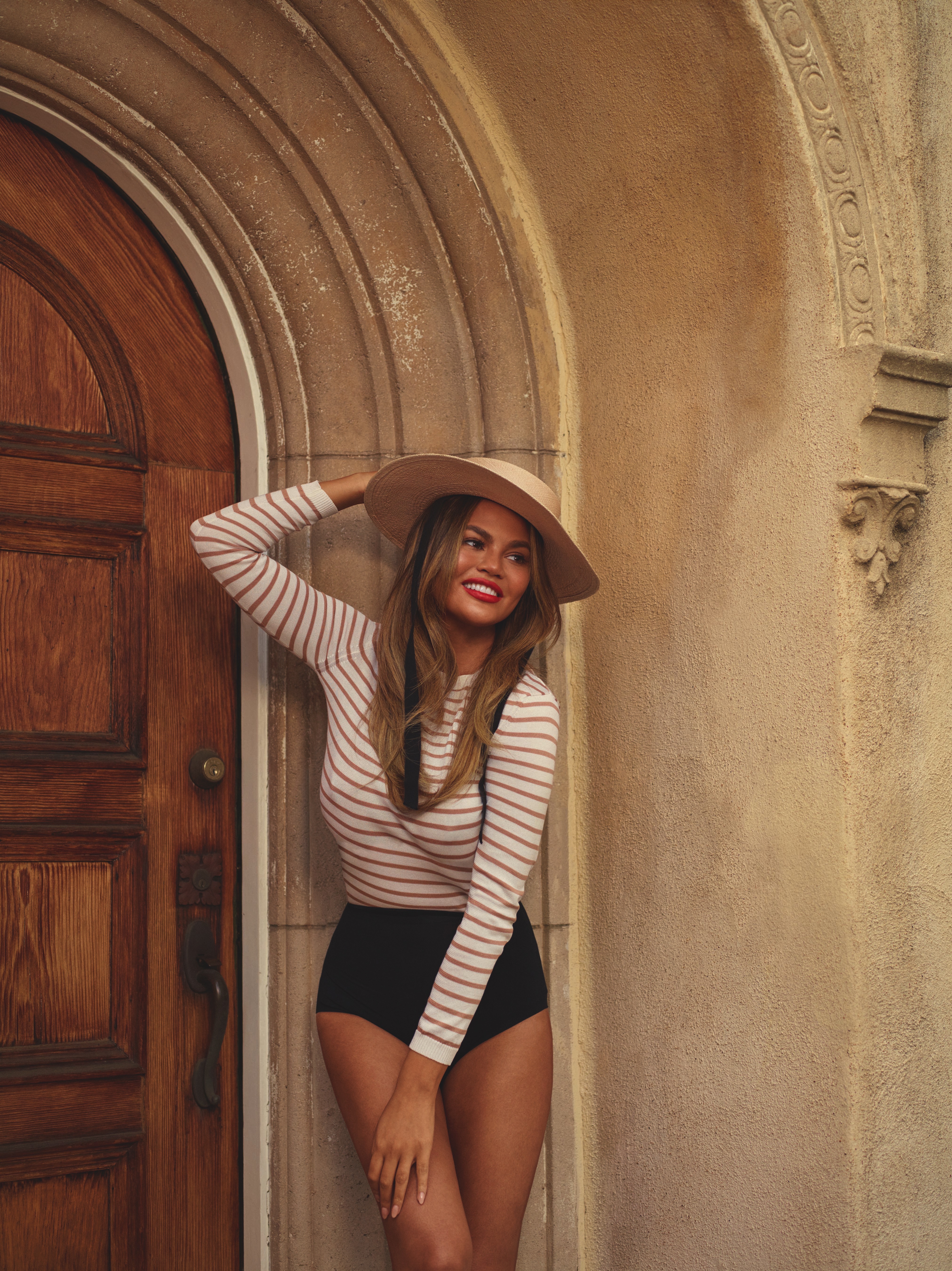 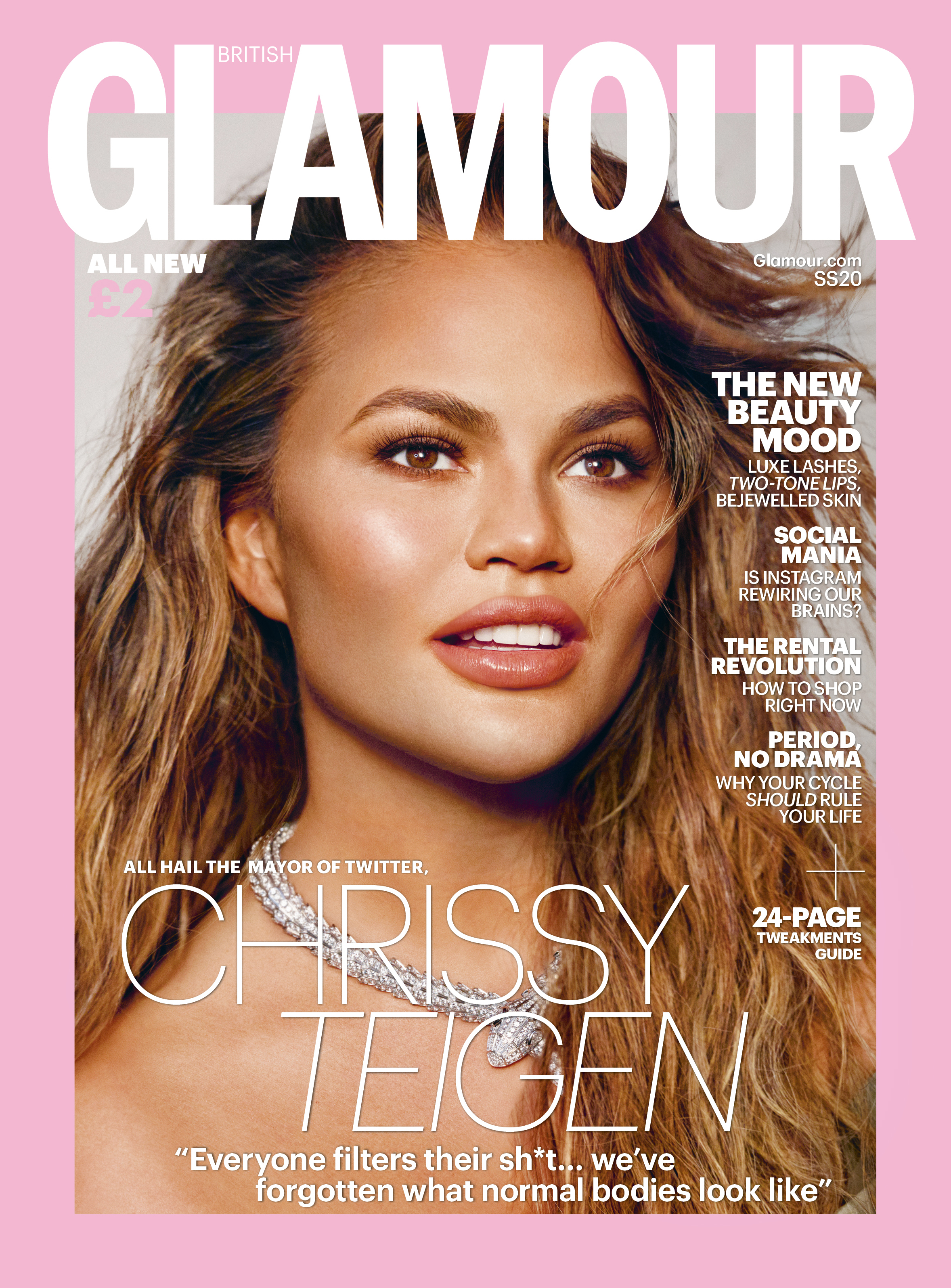 “If I could do one thing, it would be to have a lift. I think you’re supposed to replace every ten years.

"But when you have kids you think about the risks of surgery and I think, ‘This is not the way I want to die, in boob surgery.’”

Chrissy and John have two children together – daughter Luna, three, and son Miles, one. 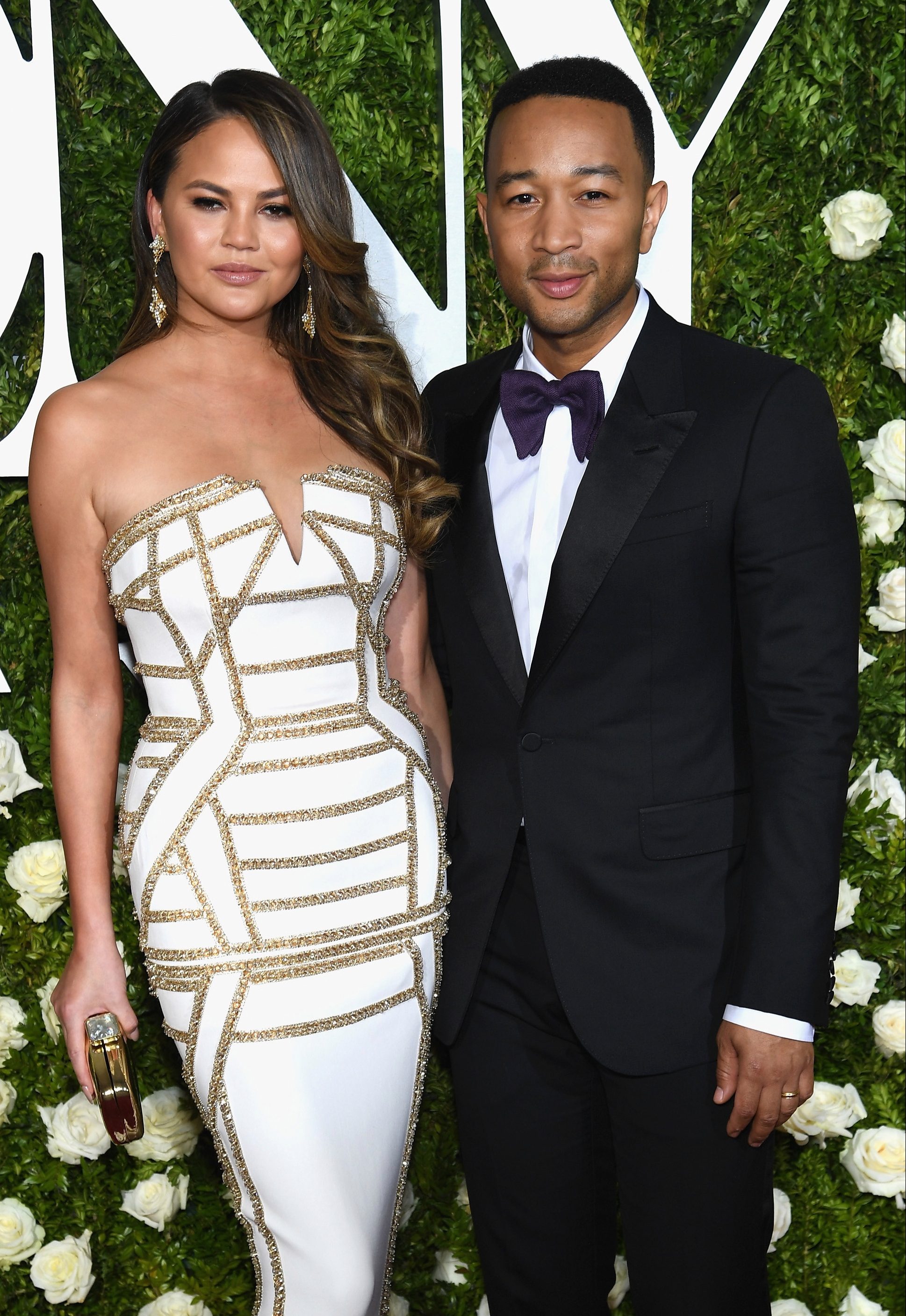 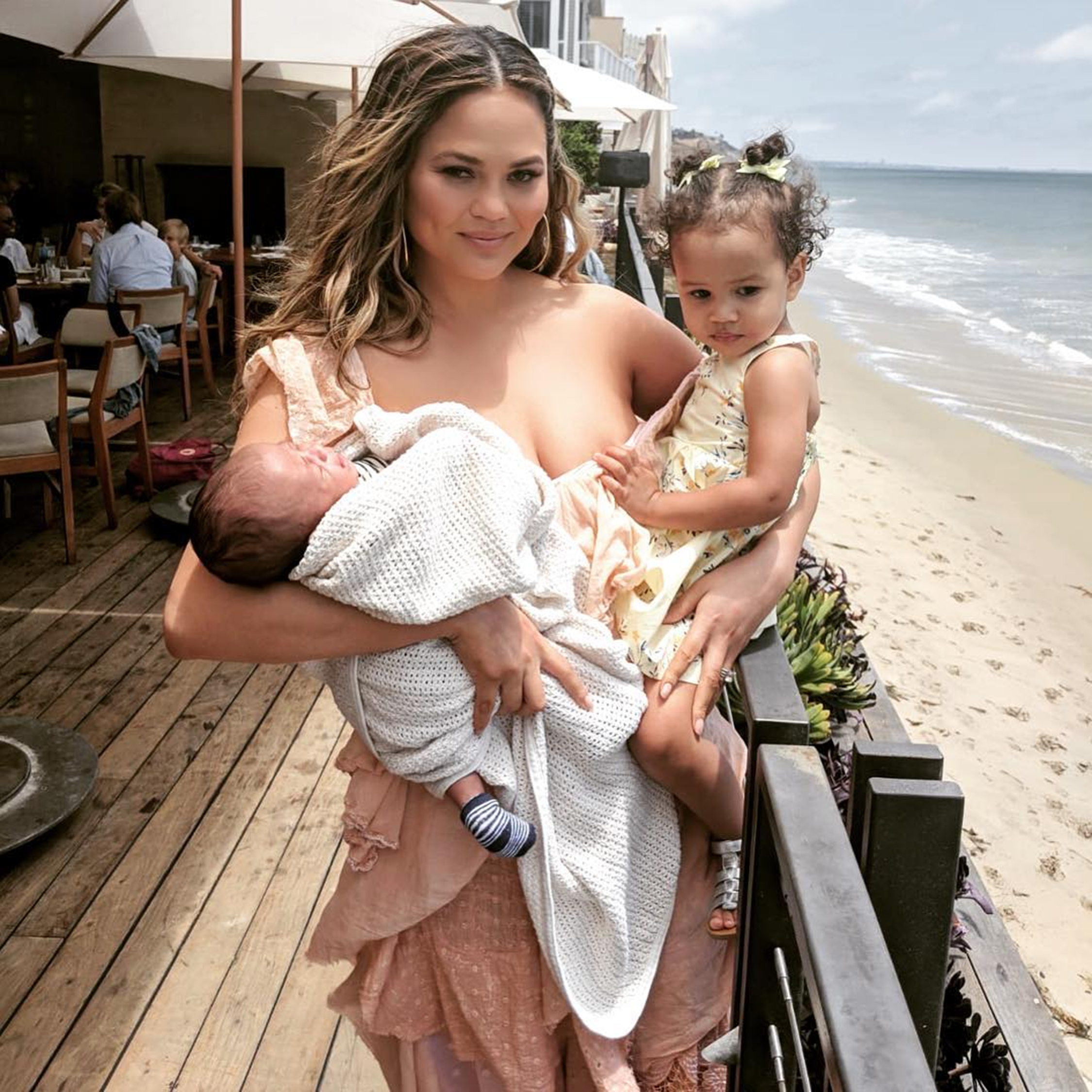