CAROL Vorderman appeared to be taking style inspiration from Bridgerton's Phoebe Dynevor as she donned the same olive green dress the 26-year-old fashionista was snapped in last month.

The former Countdown star, 60, took to her Instagram story today to share several shots of her looking chic in her Self-Portrait dress as she attended Ladies Day at the Ffos Las Racecourse in Wales. 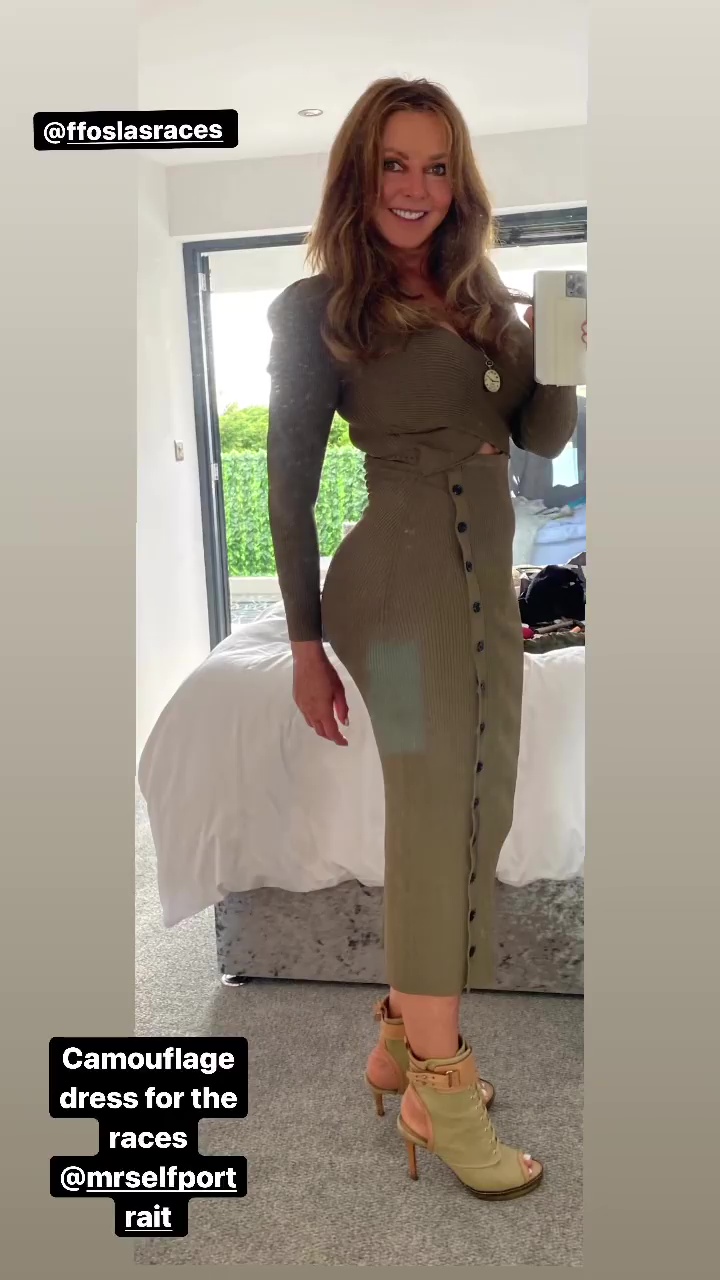 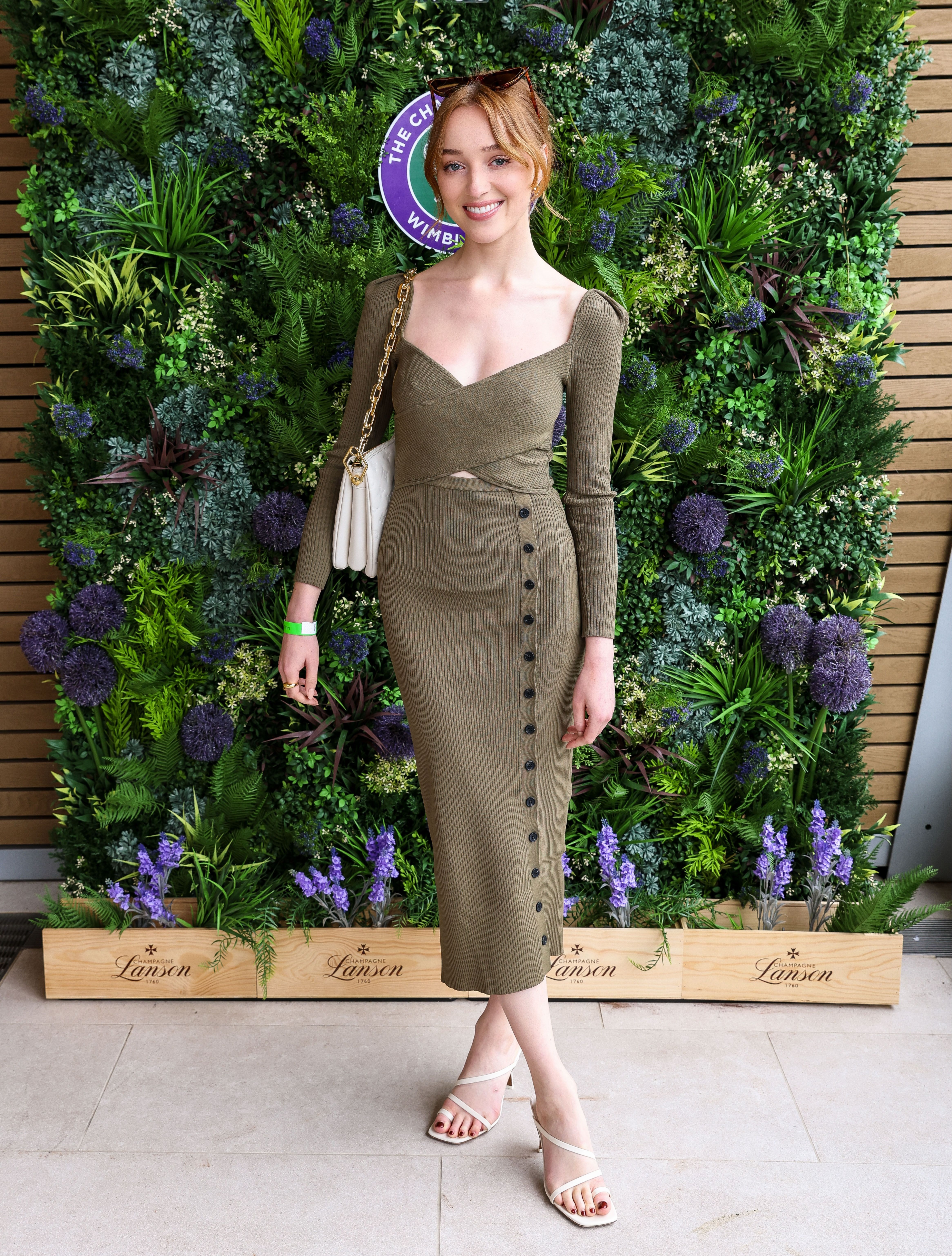 Carol's slinky midi dress, which costs £350, accentuated her toned midriff with a cutout panel located above her stomach.

Rounding off her race day ensemble, Carol worked her newly-lightened locks into tousled style and sported a glamorous beauty look.

Sharing several selfies to her Instagram story, the star revealed she had a race named in her honour: "Dressed for the races @ffoslasracecourse. Carol Vorderman Loves West Wales Nursery Handicap at 2:10pm."

The presenter also excitedly posed in front of her glamorous mode of transport to the racecourse for the day – a helicopter.

Captioning the shot, she simply wrote: "Here's my lift with Gareth" and proceeded to share several animated photos from inside the cockpit.

Bridgerton star Phoebe Dynevor was recently pictured wearing the same dress as she attended a VIP event at Wimbeldon on July 3.

The actress was snapped inside the Champagne Lanson suite and later spotted with boyfriend Pete Davidson in the stands of centre court in the olive-coloured number.

Meanwhile, Carol stunned fans earlier this week when she slipped into a form-fitting neon pink wetsuit as she went paddle boarding.

The presenter has been enjoying a number of trips down by the sea in Wales and once again showed off her boarding skills among the idyllic coastline.

But before taking to the board, the Countdown star shared a sun-soaked selfie of herself in her bright coloured wetsuit, which teased at her cleavage, to Instagram.

In the photo, the TV star wore her newly caramel-hued in a naturally tousled style and sported a pair of trendy shades for the outing.

Captioning the shot, she penned: "And we're off to the water again #paddleboarding @fatstickboards".

Later in the day, Carol shared another post to her Instagram story showing her feet on the board and highlighting the incredible scenery before her. 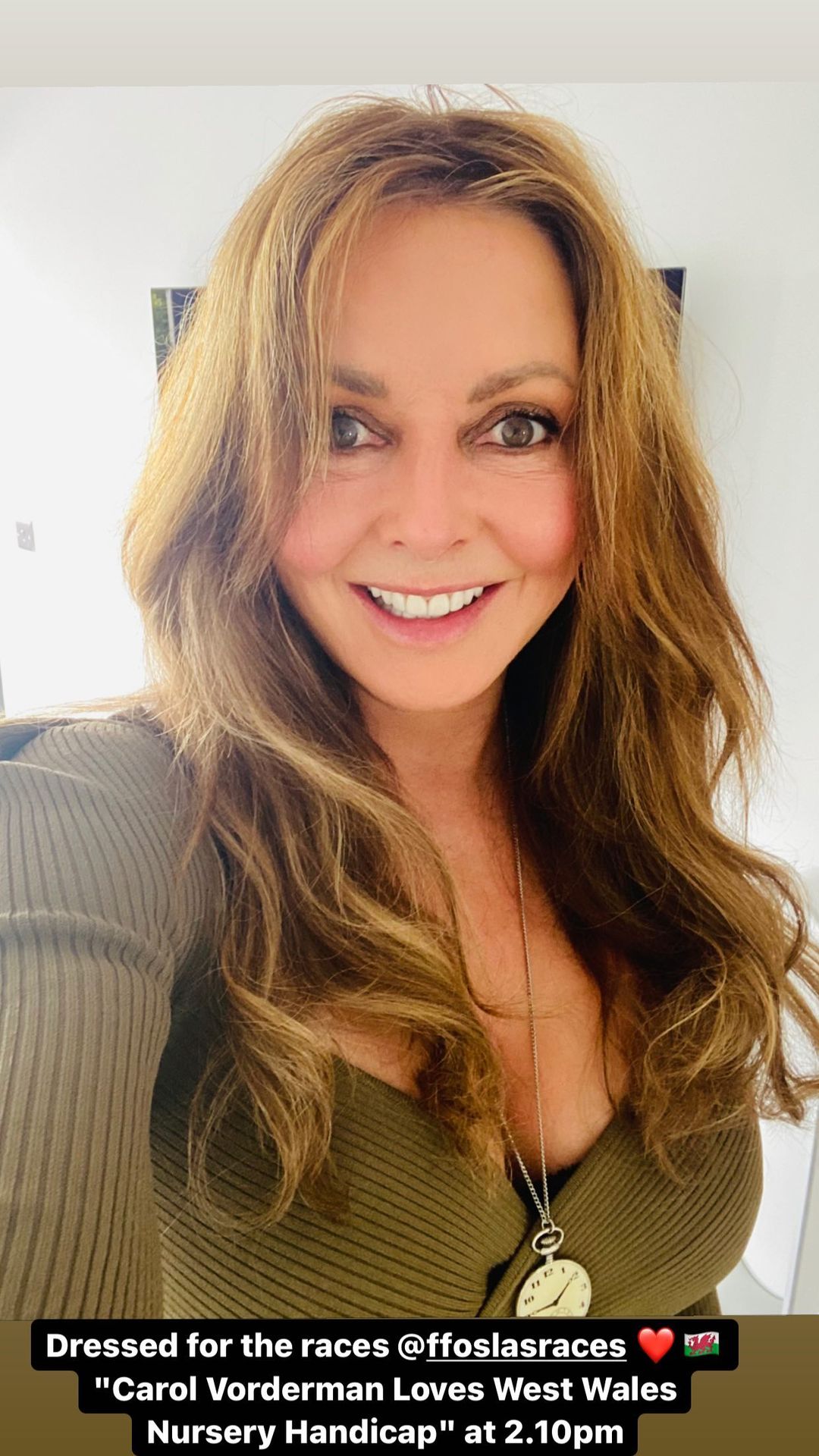 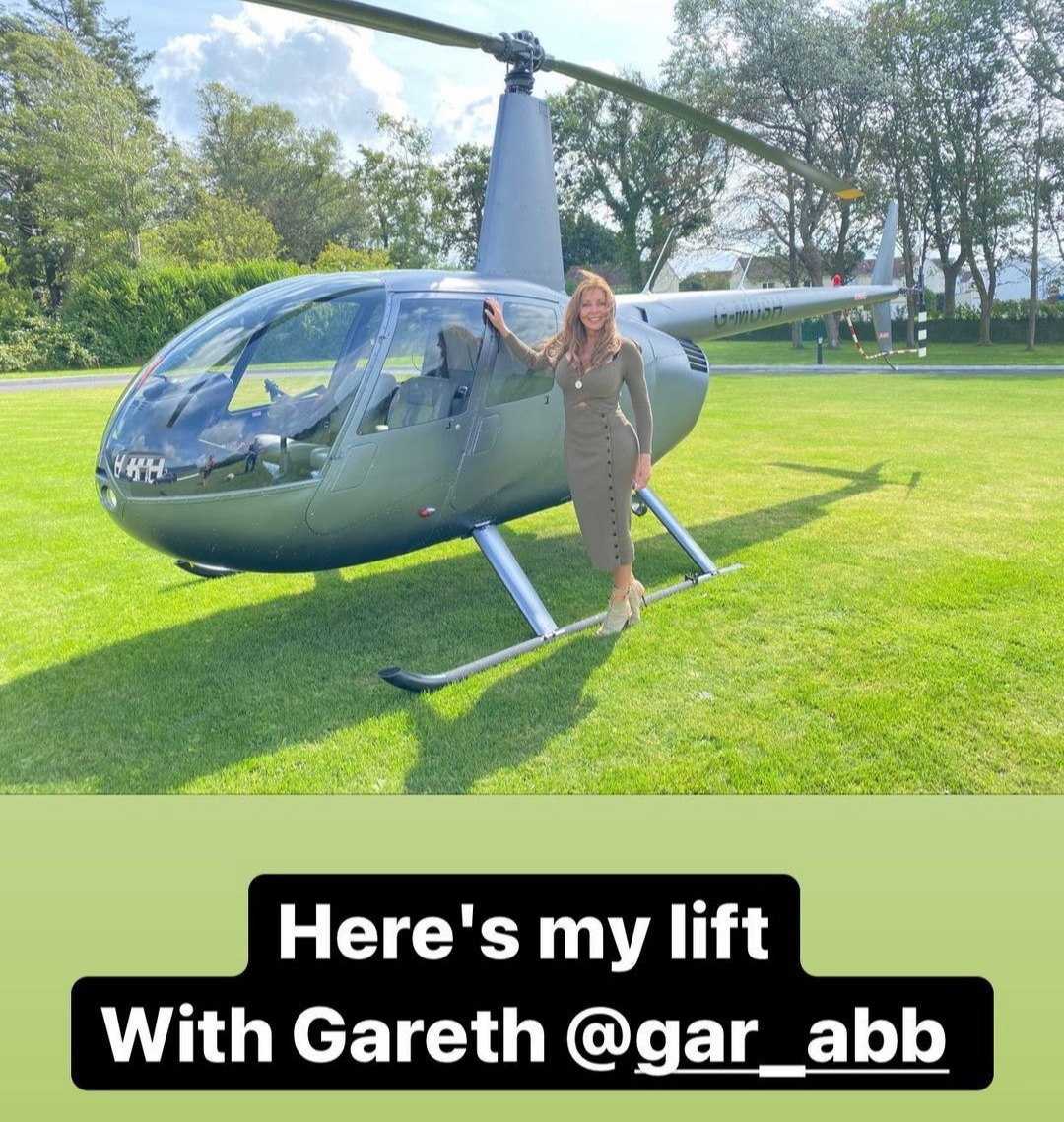 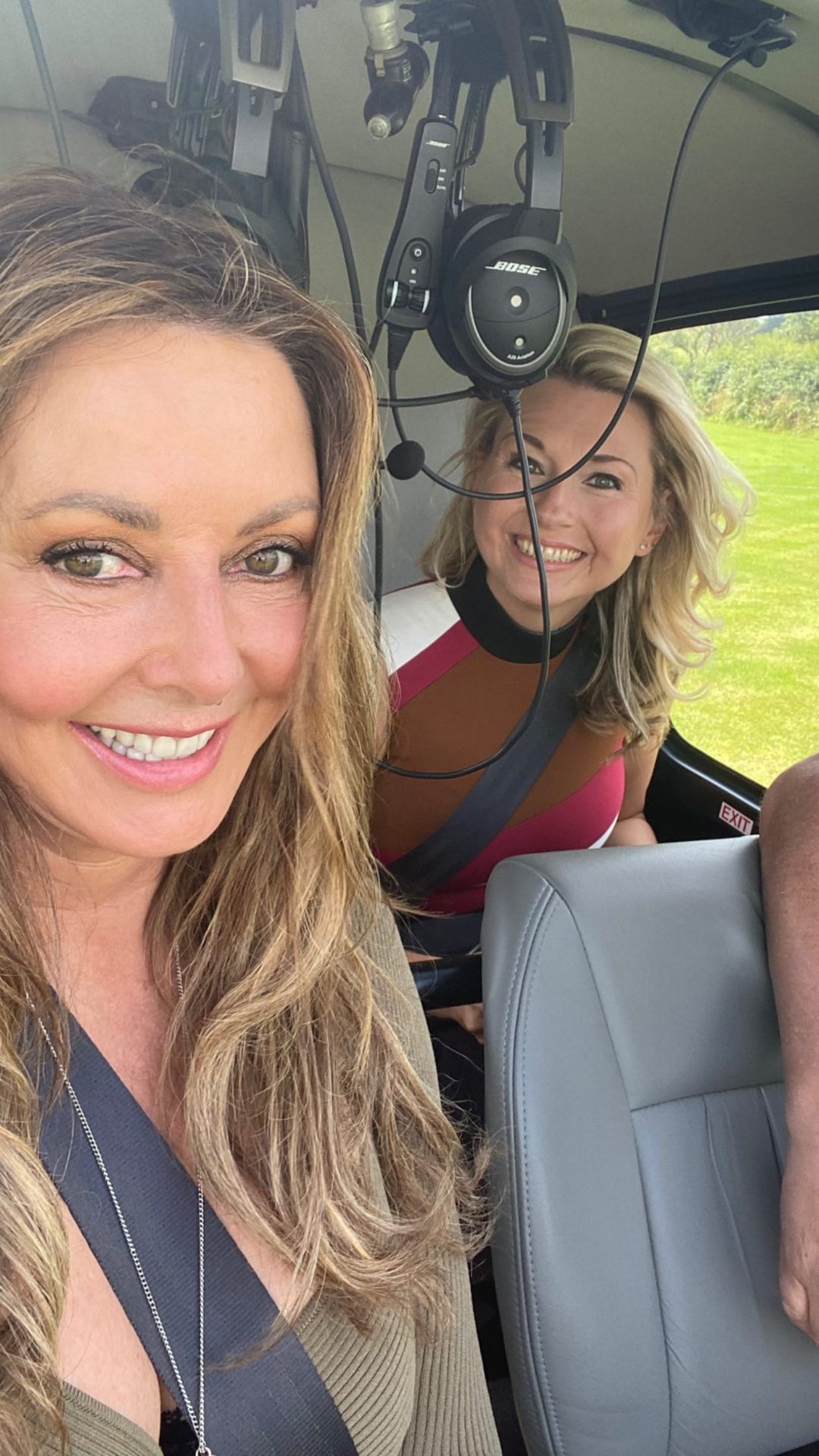