Breaking Bad wasn’t made to inspire copycats. The critically acclaimed series followed high school chemistry teacher Walter White as he became a completely different version of himself. In the face of a terminal cancer diagnosis, Walt decides to break the law to provide for his family. So he starts manufacturing and selling crystal meth

Along the way, Walt loses his moral compass and eventually becomes consumed by his need for power. Breaking Bad is supposed to serve as a cautionary tale. Unfortunately, the series is credited with the rise of drug use in America and Europe. 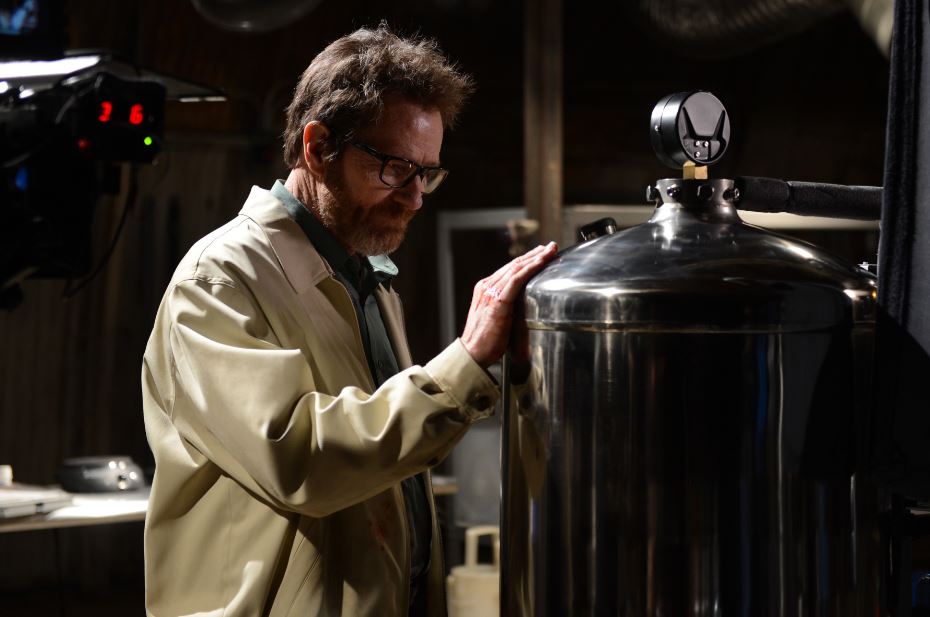 It’s true enough that science is the central focus of Breaking Bad. Showrunner Vince Gilligan cared deeply about portraying everything accurately, which is why he hired a science adviser for the show to provide feedback on what the writers were doing. But Gilligan also made sure he never got the recipe too accurate.

In Breaking Bad, Walt and Jesse make the purest meth on the market, which is why it’s blue (even though that part is scientifically inaccurate). But if you followed the step by step process from the show, you would not get meth.

Gilligan also involved the DEA in production and they signed off on all the content. In other words, they left out key details that would show amateurs how to actually make meth.

According to Telegraph UK, Britain saw a 400% rise in meth smuggling in 2014, just one year after Breaking Bad debuted. And professor Ellis Cashmore from Staffordshire University claimed the show is to blame.

“Although the show does not go out to glamorize the drug, its very inclusion promotes interest in that substance,” Cashmore said.

“Even if a TV show, like Breaking Bad, portrays drugs in a negative aspect and showing its most destructive side, it will still appeal to somebody. Showing the horrendous impact of crystal meth can have a boomerang effect and cause curiosity among some viewers who might think ‘that must be good.’”

He continued: “I’m not surprised following the success of Breaking Bad that we have news of a surge in the use of methamphetamine. The fact millions of people have watched the show and been entertained by it almost instantly glamorizes its subject matter, whether deliberate or not.”

The series may have inspired a real-life Walter White

Breaking Bad wasn’t just a bad influence in Europe. HuffPost reported that a real Texas schoolteacher got caught selling meth in the school parking lot where he taught. It’s unclear if he was a fan of the show, but it’s true enough that the incident occurred while Breaking Bad was on television.

It may be a coincidence, but with this many instances, there could be some truth to the theory that Breaking Bad caused more people to experiment with using meth or dealing meth.

Tags: Breaking Bad, TV
You may also like
Celebrities News