The Chase continued on ITV tonight and Bradley Walsh introduced Pam, Brendan, Toni, and Phillip to the chaser Shaun Wallace. But it was clear from the off, Bradley and Pam didn’t get on as the contestant refused to stop talking forcing the host to step in.

Pam was the first contestant up tonight and from the off, it was clear to both Bradley and the viewers she was chatty.

Facing the chaser for the first time, those at home saw Shaun offer her a high offer of £32,000.

Pam wanted to play it safe and opted for the £8,000 she had gathered in the cash builder round to “try and get it back” for the team.

Very quickly after each answer, Pam gave detailed reasoning behind the answer she offered, but the more she played the more Bradley was forced to hurry her along. 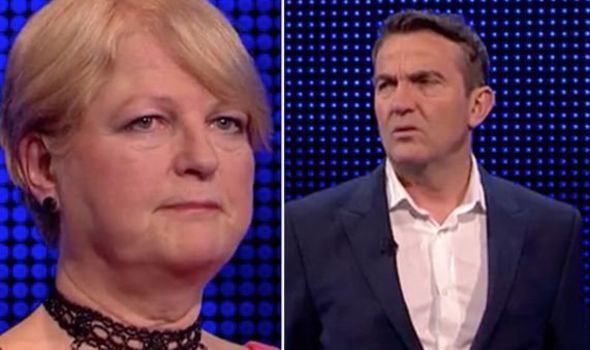 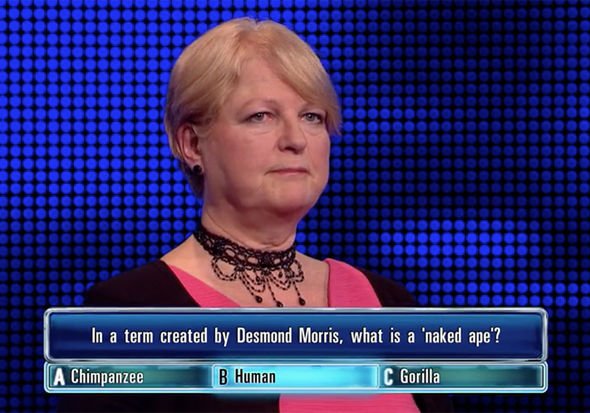 When Pam was asked: “In the term created by Desmond Morris, what is a ‘naked ape’?”’

The options were Chimpanzee, Human or Gorilla and Pam chose Gorilla, with a very long explanation as to this history behind it.

Pam explained: “Yeah there was a bit of controversy when it first came out. I think it was in the ’60s or ’70s wasn’t it?

“The Naked Ape basically talks about a Darwinian theory about how we evolved from apes and obviously we don’t have the same amount of hair as they do, so we are the Naked Ape.” 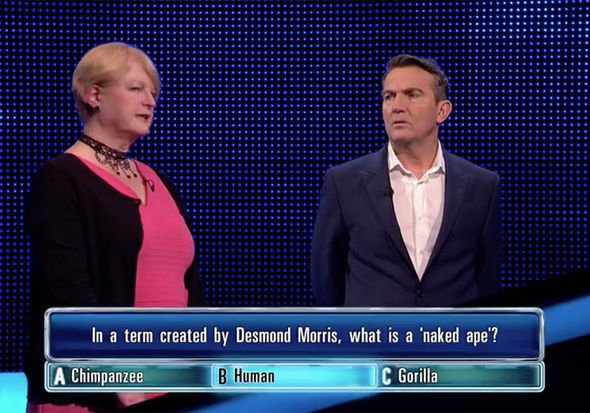 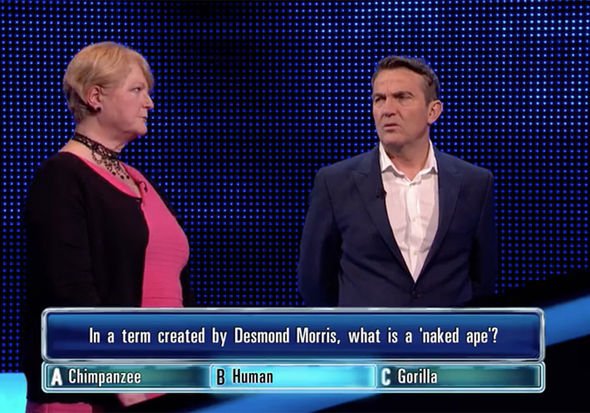 After three explanations similar to this, Bradley said: “You should be a chaser, with all this information. If you were a chaser what would your name be?”

Pam didn’t know what to say for once in the competition and stumbled on her words.

Bradley quickly chipped in: “Yeah, ok. I’ll think of one for you. Ok, let’s go. I will say, I think that is the first time you have been lost for words this series.

Pam clearly wasn’t happy with this comment and quickly interrupted: “Well, there is a first time for everything.”

It wasn’t just Bradley who noticed how much Pam was talking, viewers took to Twitter infuriated by the contestant.

A third asked: “#TheChase Can we have some strong silent types please.”

And a fourth said: “My guess is they all fail in this ep … hence the amount of yakking left in the edit! #TheChase.”

But the viewers kept going: “I didn’t know today was Talk the Hind Legs Off a Donkey Day. “These people don’t half natter on, do they? #TheChase” added another.

One more: “They’re a chatty bunch on #TheChase tonight. Shaddup and get on with the questions!!!”

The Chase continues on ITV on Monday at 5 pm.