The Chase: Contestant Dornu fails to score in cash builder

Doctor Dornu appeared on Tuesday’s repeat episode of ITV’s The Chase, but unfortunately, she faced a disastrous cash builder and ended up with no points to carry through for the rest of her team. Host Bradley Walsh consoled the mortified contestant, explaining it had happened before and could be turned around. He assured her it was “fine” and that she could still get to the final.

Former police officer Alan managed to secure £5,000 for the team following his cash builder and round against Jenny “The Vixen” Ryan.

However, second contestant Dornu found herself in a tricky position as the pressure got to her and she didn’t answer any questions correctly in her cash builder.

When it was her turn, Bradley introduced the doctor, asking her: “What’s the strangest ailment you’ve had? Are you like a GP or are you a specialised doctor?”

“Yeah, so I specialise in sexual health, but I’m now training part-time to be a GP,” Dornu explained. 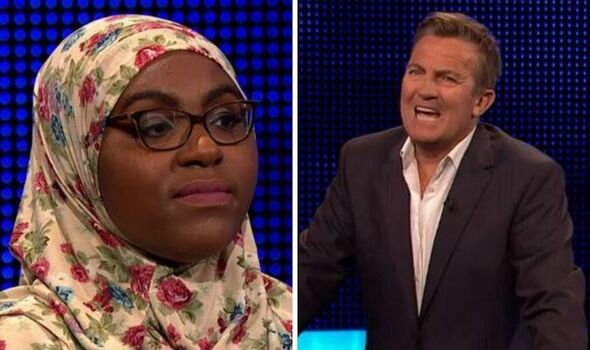 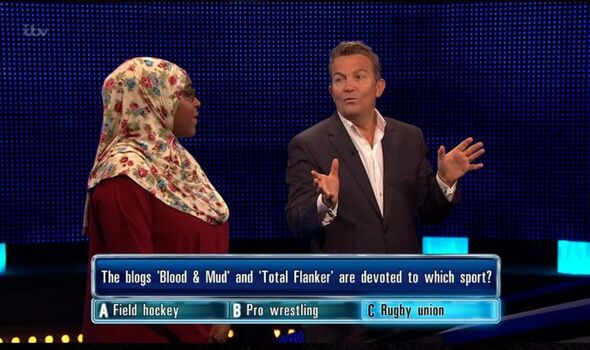 Answering the presenter’s previous question, she went on: “It’s sexual health – the ailments are all strange!”

As Bradley laughed, she continued: “It usually starts with, ‘My mate…’ And you’re like, ‘You mean you?'”

Bradley quipped: “Well, it’s funny you should be here because my mate…”

Eventually, it was time for Dornu to face her questions for the cash builder. 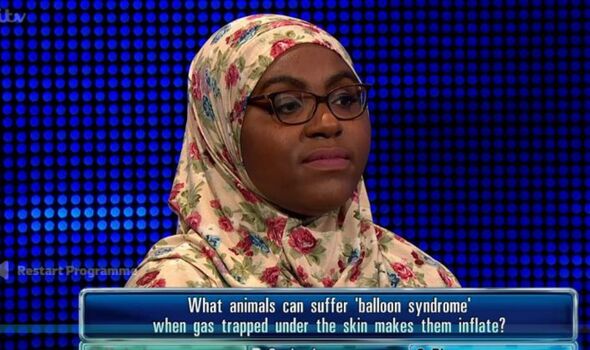 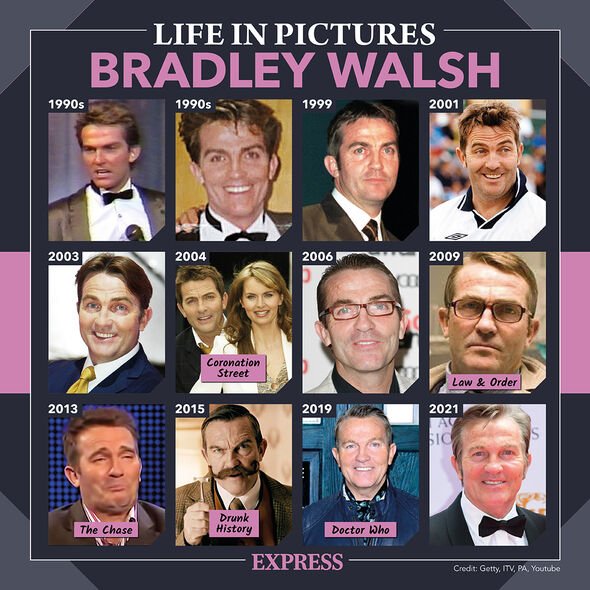 Bradley started: “The island of Eigg is part of what country of the UK?”

“England?” Dornu answered incorrectly, before Bradley revealed it was Scotland.

Dornu’s next question was: “What is the name for the control panel located beneath a car’s windscreen?”

After a long pause, Dornu passed as Bradley explained the answer was the dashboard.

“Who’s the hero of the Tom Clancy novel, The Cardinal of the Kremlin?” Bradley asked next.

Once again Dornu passed before answering the next question incorrectly.

“What sticky fluid circulates in the vascular system of trees and plants?” Bradley continued.

“Floral?” Dornu replied, but the answer was sap. Unfortunately, Dornu answered the final few questions incorrectly, passing on some.

She finished the round with 0 in the cashbuilder. “Right,” Bradley commented to a clearly disappointed Dornu.

“That’s fine, because it’s happened before. Players get to the table, get back and it can still pick up.

“It’s all about getting you to the final, that’s what we’ve got to do.”

Sadly for Dornu, she didn’t manage to make it to the final as she ended up being caught by Jenny.