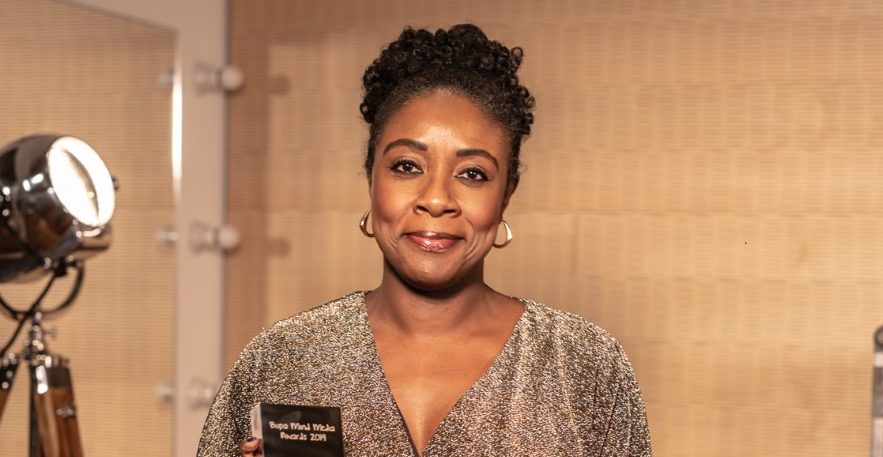 Channel 4 is being completely taken over by Black talent this Friday with AJ Odudu and Mo Gilligan teaming up to host a revival of Big Breakfast, Mel B presenting Packed Lunch, and tonight’s episode of Hollyoaks being written, directed and performed by the soap’s Black talent in a diversity initiative.

Its aim is to spotlight Black contributions to British TV and comes more than a year after the Black Lives Matter protests sparked conversations about diversity and representation across our screens.

Perhaps one of the most exciting pinpoints on today’s schedule is the revamped Countdown, which will see Sir Trevor McDonald replacing Anne Robinson as host for the first time.

Marverine, a renowned broadcaster from Birmingham, will do the honours of sitting in the Dictionary Corner alongside poet and playwright Lemn Sissay, fulfilling a dream. It’s the cherry on top of a stellar career for the journalist, who is renowned in the Midlands for her TV work while also working at Sky News in London and becoming the first Black female presenter on QVC for 20 years.

Taking part in an initiative like Black To Front feels like the recognition Marverine has strived for her entire career.

‘I think it’s a really open response to Black Lives Matter from Channel 4… It’s an open acknowledgement to the fact that there’s a lot of talent out there that has not in the past been given its due,’ she told Metro.co.uk.

‘I hope that it’s the kickstart of even more recognition of Black talent, not just on Channel 4 but other channels.’

Marverine knows all too well what being an outsider can feel like in the media; she’s a Black woman with an accent outside of London.

The broadcaster explained: ‘Those doors have been tough to push against because I was working class girl, accent from Birmingham – our accent is castigated all the time, we’re made fun of as people don’t feel our accent is an attractive one – and being Black. Honestly as a Black woman… we’re kind of left ‘till last so it’s been tough.

‘There’s people like me out here who have the skills. I have thousands of hours of live television experience, anchoring lifestyle shows and television news shows. I’m here and there are others here who do it but they get little recognition.’

Comedian London Hughes was among those who criticised Black To Front over its name, and that the initiative was billed as a one-day takeover. Marverine agrees that it shouldn’t just be an annual event, but said it should act as ‘the dynamite under the whole industry’.

Her experience of being a Black woman working in broadcast media has been successful but not without its challenges. Marverine has never felt like a token in newsrooms but more that she’s had to ‘push that bit more for people to believe in [her]’.

‘It’s been like, yes we’ll take you on, but it’s a bit of a risk taking you on,’ she recalled.

‘That for me has been the frustration around working in the media and not just for me, I know it happens to other Black women. Those who are aspiring, those who are students, those who are in their careers and those who are doubting themselves because they’ve been doubted by their employers.

‘It’s a media journalism industry problem that really needs to be eradicated.’

Marverine added: ‘I find it really interesting with London Hughes’ tweets about us being a risk, I thought, that’s so true and she felt that. Look what she had to do to be fully acknowledged and appreciated. It’s not right.

‘Hopefully what Channel 4 is doing is showing that actually, there’s no risk here, Black people are not a risk and Black female talent is not a risk.’

Like many Black people, Marverine has found the past ‘tumultuous’ year of the Black Lives Matter uprising difficult to witness, particularly with a seat in the media.

Despite Black talent still missing from certain spaces, the broadcaster has felt inspired by seeing her friends in prominent positions on TV, such as Alison Hammond hosting This Morning and Charlene White on the Loose Women panel.

‘It’s exciting times and that’s why I feel so excited as a Brummie, people will probably go, “Who is she? I’ve never heard of her”. I hope that’s what people will say about me so it feels so monumental to be part of it. Big up Channel 4 for doing what they’re doing regardless of what people think about the name, or if it’s appropriate – now is appropriate,’ she said.

Working with Sir Trevor is a full circle moment for Marverine, who first met him in the early days of her career.

‘As a little girl, watching the news sat with my mum and brothers, we were a newsy family,’ she explained.

‘We would switch on the evening news and we would watch Sir Trevor, and just seeing him made me realise this is a Black man reading the news, this authoritative position, informing millions of people in Britain what’s been happening throughout the day.

‘A big role model for me. I don’t know if I’ve ever told him this but I’ve always nicknamed him Uncle Trev.’

She added: ‘I remember meeting him when I was quite early in my journalism career in 2005, I ran to meet him and got a photo. I blurted out, “you’re amazing, you’re the reason I’m a journalist”.

‘He’s very influential in my career so to sit down with him and get to know him in the green room before we recorded was such an honour and a privilege. He’s so lovely.

‘As a host he’s very cool, calm and collected as you’d imagine and also a lot of fun. There were moments where we’d have a laugh with the contestants and he was totally involved in all the banter and the fun on-set. He’s great.’