As baby Avi gets older, the parenting decisions between Ariela Weinburg and Biniynam Shibre are only getting fiercer.

From fighting about his name to his future religion, the cultures are definitely clashing on 90 Day Fiance: The Other Way.

Ariela chose to leave her cushy lifestyle and move to Ethiopia to raise her newborn son with his father.

If they thought their relationship would get easier once the baby was here, they definitely thought wrong. After giving birth by emergency c-section, she was greeted by the traditional slaughter of a sheep when she arrived home with the new baby.

Realizing that it may have been more than she bargained for, she’s had to adjust quickly not only to being a new mom but in an environment completely foreign to her.

While Ariela demanded a level of comfortability, she’s upset that Biniyam is working all hours of the night to be able to afford it. It doesn’t help that Biniyam’s sister, Wish, is constantly reminding her about the beautiful people her brother sees while working every night.

Are Ariela and Biniyam still together?

Although the new parents can’t quit arguing on 90 Day Fiance, Biniyam recently posted a photo showing off his baby mama’s fierce bounce back.

Ariela is sporting a fit, curvy frame months after giving birth to Avi.

Due to their contractual obligations, the couple can’t give viewers too many hints to ensure their tv storyline isn’t blown.

However, Biniyam did take the time to respond to fans who showered the couple with love. With no more than a few heart emojis, he thanked everyone for their kind words. 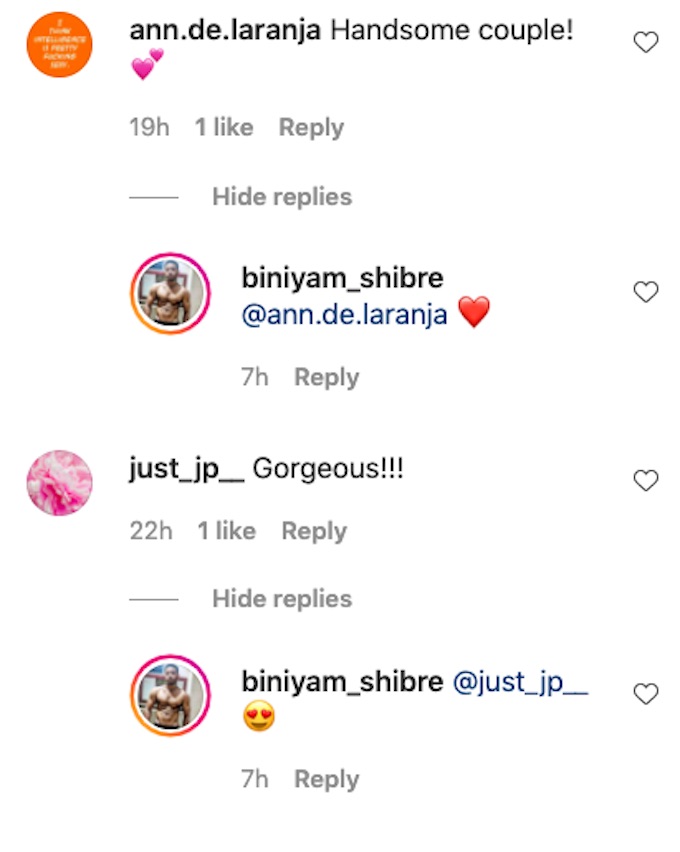 In the most recent episode, Ariela’s parents visited Ethiopia. It’s safe to say her father, a cardiologist, disapproved of the conditions his daughter and new grandson are living in.

She was also forced to tell her parents that she decided to allow Biniyam to baptize their son in his faith. While her parents were shocked by her decision, they ultimately believe it was forced upon her.

Do you think Ariela is still in Ethiopia, making her relationship with Biniyam?

Tags: Ar, baby, Biniyam, Mama, off, shows
You may also like
Celebrities News