I’m A Celebrity… Get Me Out of Here! fans are used to finding out some surprises about their favourite stars whilst they appear on the ITV show. One person who caught the attention of viewers and campmates alike was Beverley Callard this evening, who opened up about her career in fitness, with her DVD’s even knocking film ‘Heat’ off the top of the DVD charts in the mid-1990s.

However, it’s not the only thing the Corrie icon is well-known for as tonight, she went into detail about her other career as a fitness instructor.

Some of those in the camp were left shocked after Radio 1 DJ Jordan North recalled Beverley’s popular fitness DVDs being used by his mum.

And fans of the programme soon took to Twitter after the revelation, even calling Beverley the “female Joe Wicks.” 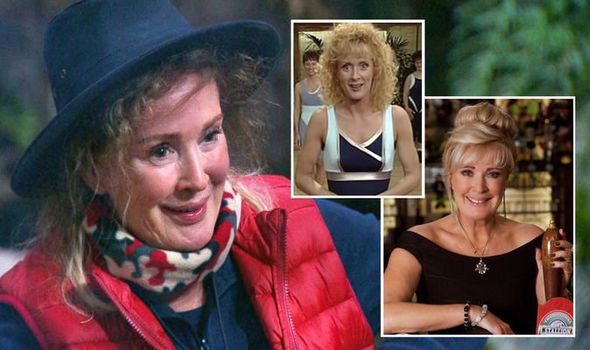 One shared: “Beverley Callard work out is the most 90s thing ever  #ImACeleb.”

Another commented: “The way Beverley Callard is the female Joe Wicks #ImACeleb.”

A third said: “Truly time that Beverley Callard was recognised as the national treasure she is. A TV icon #imaceleb.”