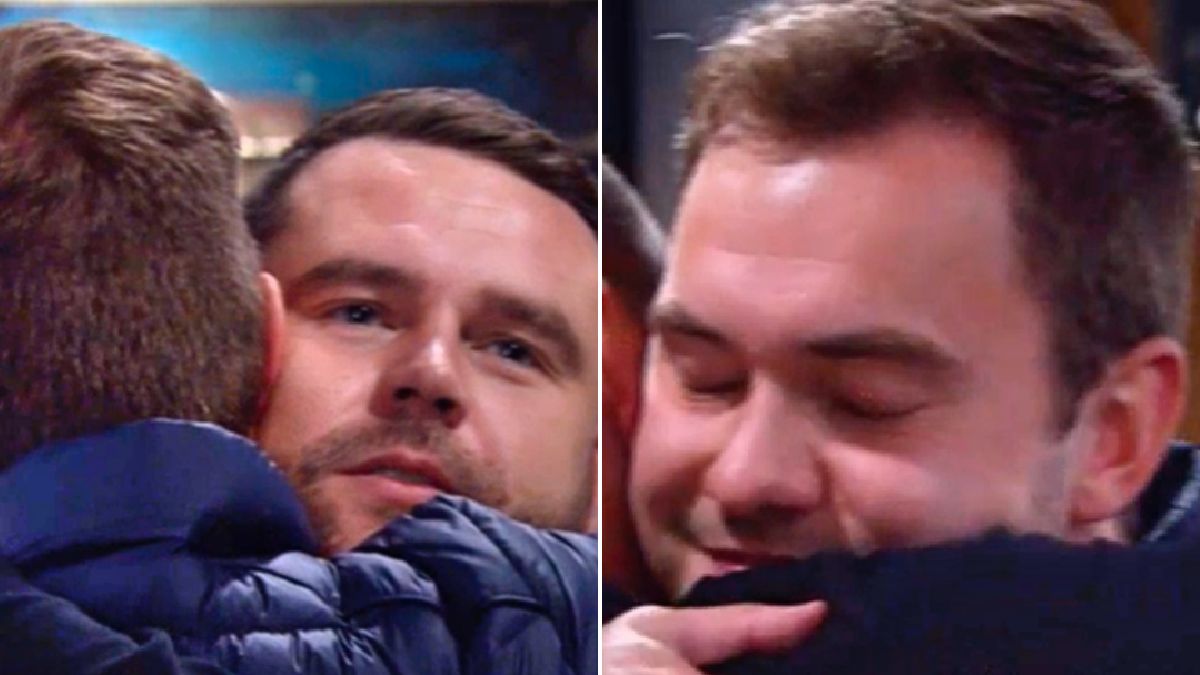 Aaron Dingle (Danny Miller) and Ben Tucker (Simon Lennon) professed their love for one another in Emmerdale, after reuniting in the wake of their fall-out over Jai Sharma (Chris Bisson).

Ben was heartbroken earlier this week to discover that Jai was planning on making him the fall guy for the bridge collapse during the survival event.

He reiterated that what happened was not his fault, refusing to accept Jai’s bribery offer. Aaron, meanwhile, was livid to discover what the HOP boss was up to, and thus he wasted little time in giving him a piece of his mind.

But matters were complicated further when Aaron lashed out, attacking Jai, much to Ben’s horror.

Thursday’s (November 11) offering of the ITV soap dealt with the fallout of Aaron’s actions, as Ben was suspended from work.

Aaron attempted to make amends for what he’d done, but his efforts only added fuel to the fire, after he contacted a journalist in the hopes of her reporting on Jai’s true nature.

This proved to be the final straw for Ben, as he subsequently ended his relationship with Aaron, claiming that they are just too different.

Ben was heartbroken in the wake of the split, and thus Wendy Posner (Susan Cookson) offered him some advice, before asking him if breaking up is really what he wants.

He made it clear that he didn’t want to split up, but was concerned about Aaron’s temper.

In the end, however, he decided that he did not want to live without Aaron.

The lovers reunited in heartwarming scenes, before simultaneously saying: ‘I love you.’