Chris Green MP joined Rachel Burden and Roger Johnson on BBC Breakfast via video link live from his home in Horwich this morning following the news that England is set to enter a month-long lockdown to try and remedy the rising rates of coronavirus cases. Lockdowns are something which hit home for Mr Green, with the politician resigning from his Government post last month following local restrictions implemented in the north of the country. But as he tried to discuss the nationwide rollout of the lockdown, he was promptly interrupted for a distracting mishap.

Johnson kicked off the segment to introduce the MP, as he said: “Obviously, throughout the programme, we’ll be bringing you reaction to this new national lockdown in England.

“Who resigned from his Government post last month in protest over local lockdown measures there, he joins us now,” the BBC Breakfast host added. 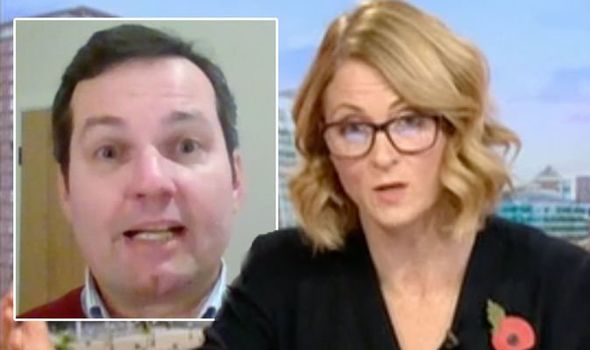 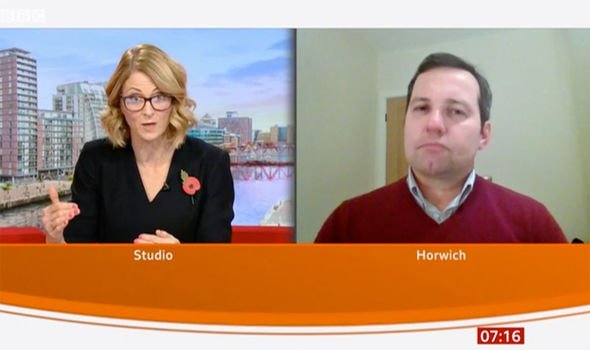 She then quizzed Mr Green: “Do you think the Prime Minister had any other choice given the numbers the scientists were presenting him with?”

Mr Green replied: “Well I think the first thing that the Prime Minister has to do is look at the balance.

“We know COVID has had an impact and COVID is a serious threat that we do have to react against and challenge,

“But, we also have to see the other side as well and the health impact, physical and mental health, of the lockdown is enormous.” 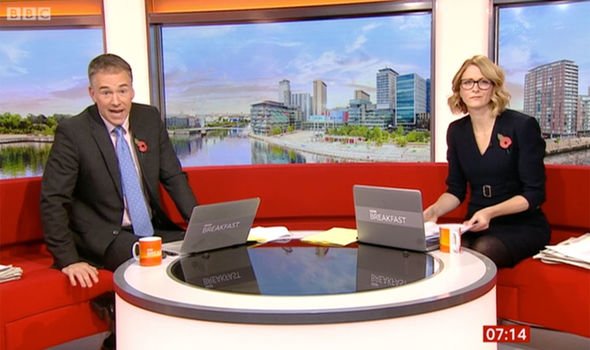 Mr Green continued, but it was clear to BBC viewers that technical issues were plaguing his connection to the studio.

The Conservative MP’s voice became distorted thanks to a poor connection, making it difficult to hear his answers.

Nevertheless, he kept going: “You heard just before the impact on businesses and the wider economy.

“We also need to think about education. Not just the disruption the students and children already have had, but in six months, there’s going to be an additional level of disruption of classes being closed -“

However, clearly irked and not able to hear Mr Green, Burden cut him off and intervened.

“Chris Green, I’m sorry to interrupt,” Burden jumped in. “I hope you can hear me,

“But your sound quality isn’t great and I do just want to ask you another question.

“So I wonder if you can just move a bit closer to your laptop or whatever it is you’re using that would be really helpful so we can hear what you’re saying.”

The politician could be seen edging closer to his camera in the hopes it would improve the quality of the chat.

However, it was to no avail as the interview continued to be derailed by the tech issues.

“We’ll have to leave it there,” Burden said after asking him one final question in, what turned out to be, just a three-minute interview.

BBC Breakfast airs daily at 6am on BBC One.