ASHLEY Cain shared a sweet video of daughter Azaylia smiling in hospital after her four rounds of chemotherapy and fight for new life-saving treatment.

It comes as celebs including Molly-Mae Hague, Little Mix's Leigh-Anne Pinnock, and Kate and Rio Ferdinand donated to Azaylia's Go Fund Me as their total raised surpassed £1.48million. 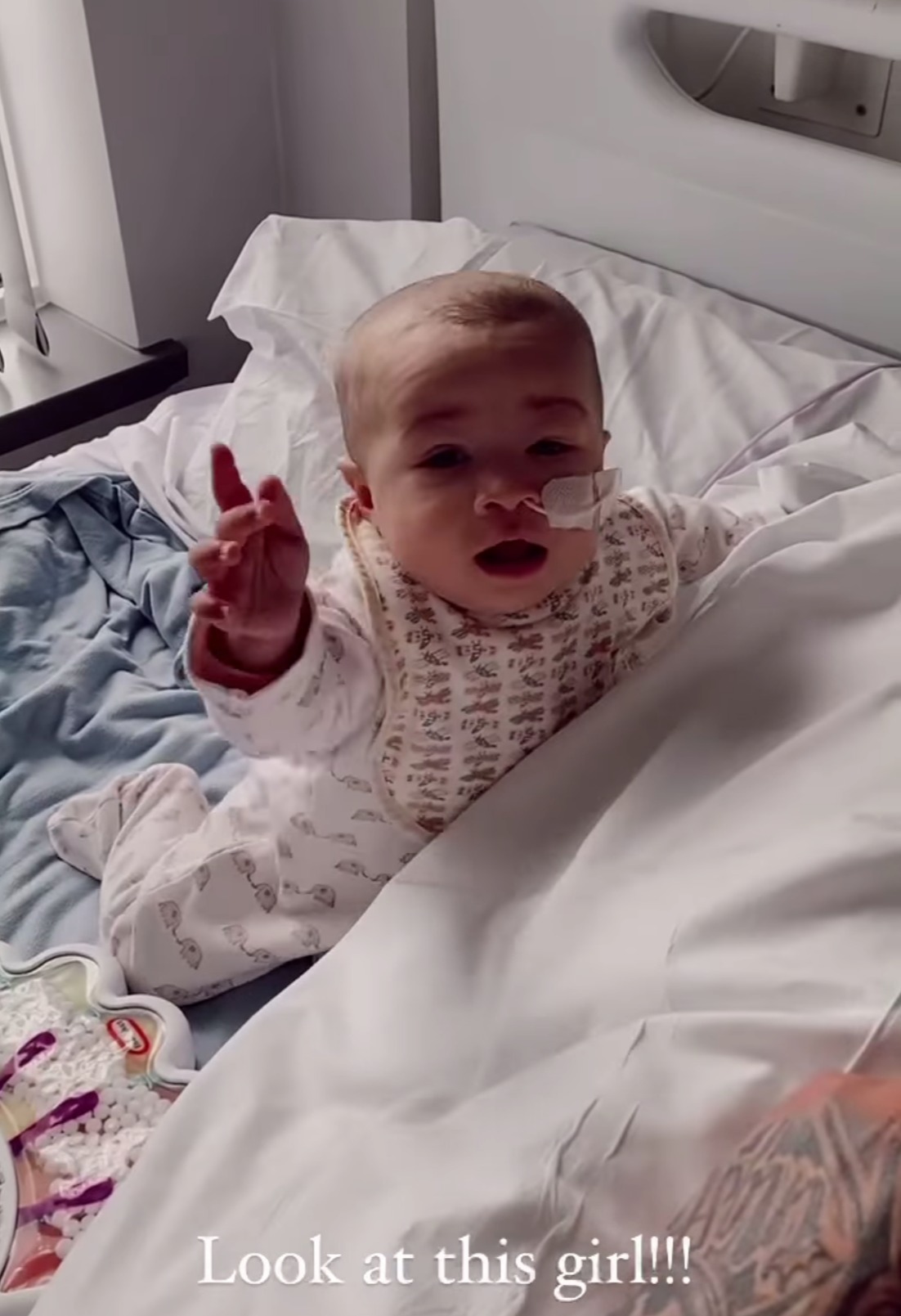 Reality TV star and former Championship footballer Ashley, 30, posted clips of his little fighter crawling in her hospital bed, and told fans: "Look at this girl!!!

"She's on her fourth round of chemotherapy, she's swollen, but she's happy as ever and she's full of strength and energy!"

Azaylia, wearing a baby grow and a cute bib, reached up to Ashley and grabbed his bottle of hand sanitiser in another video. 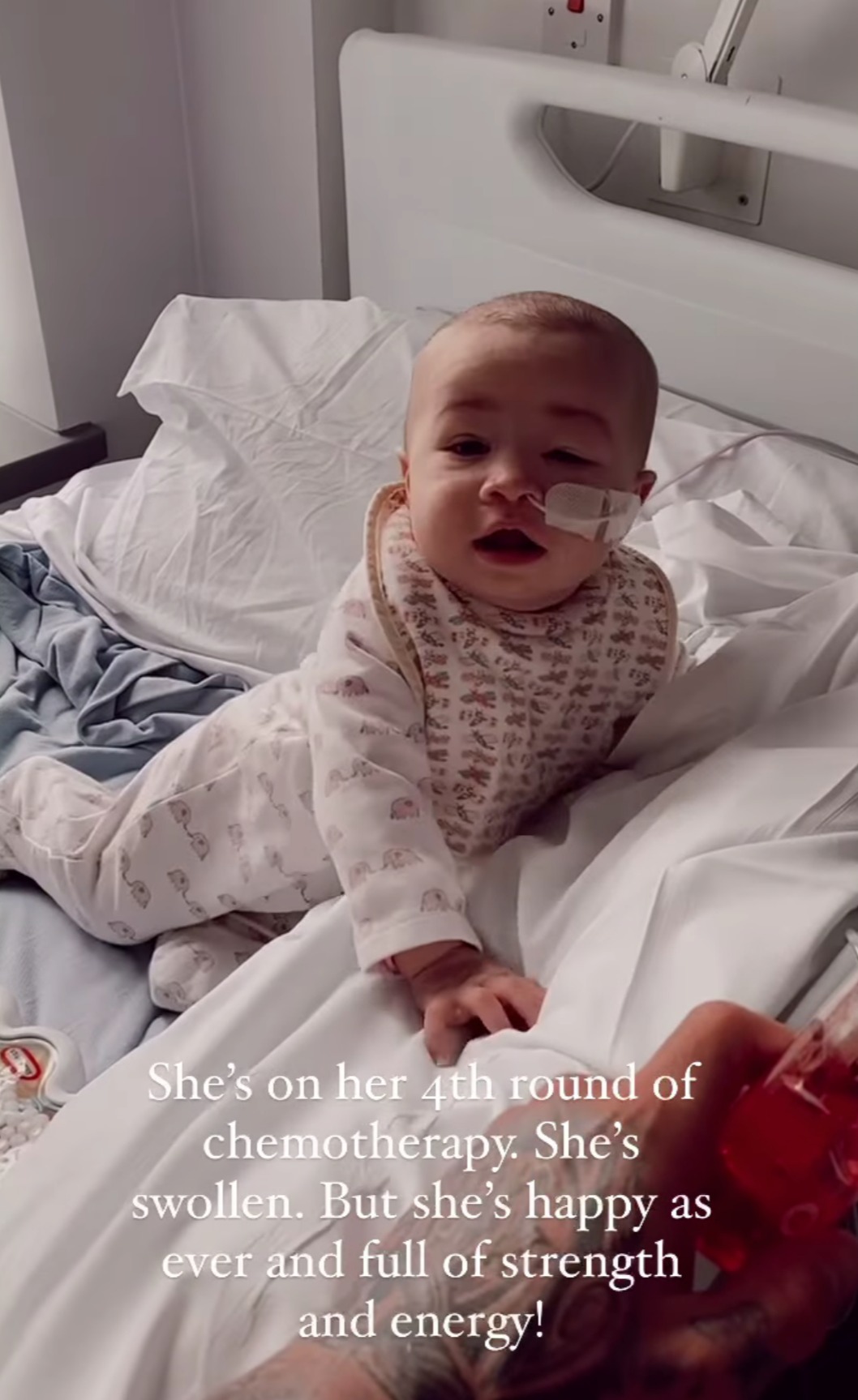 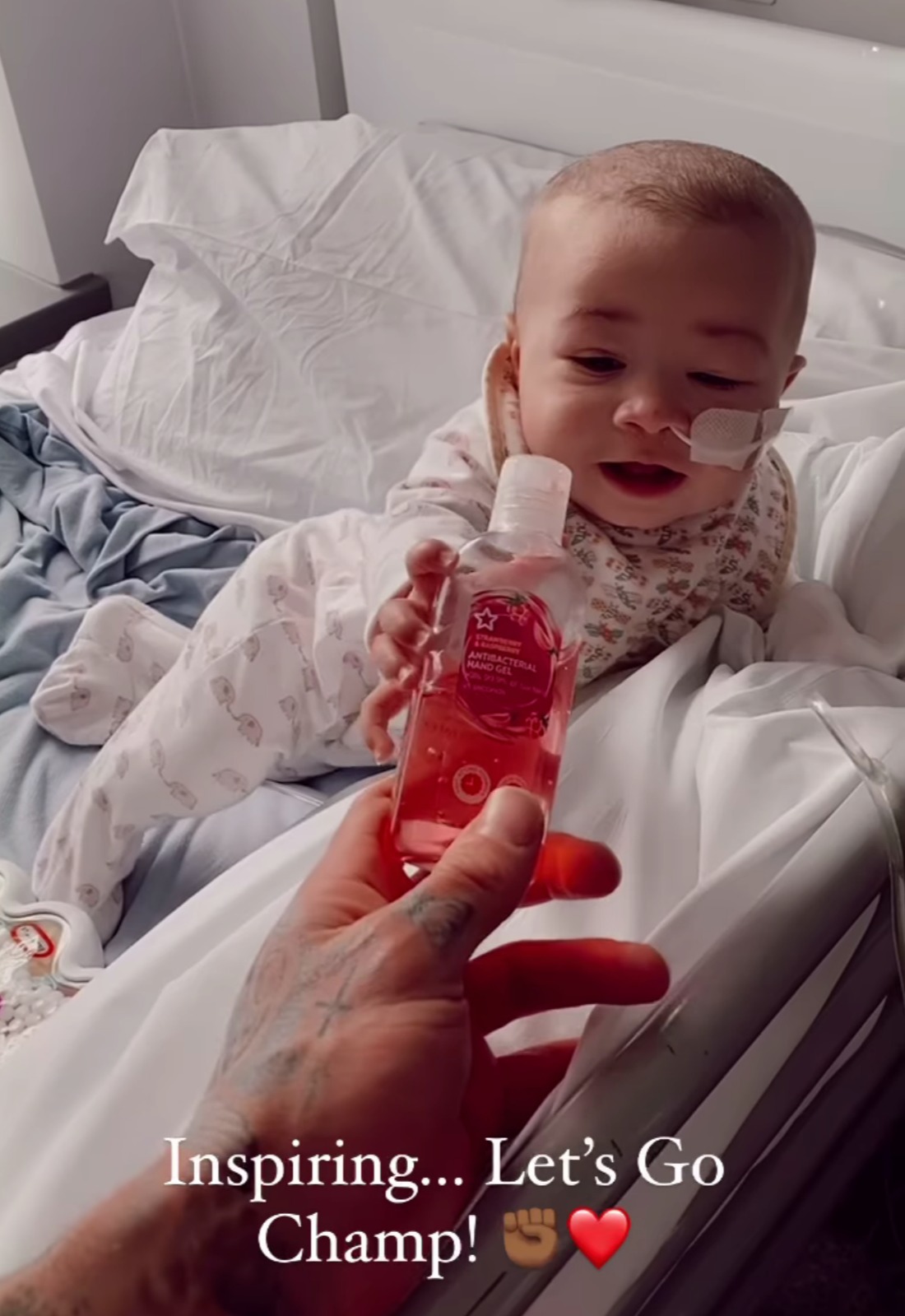 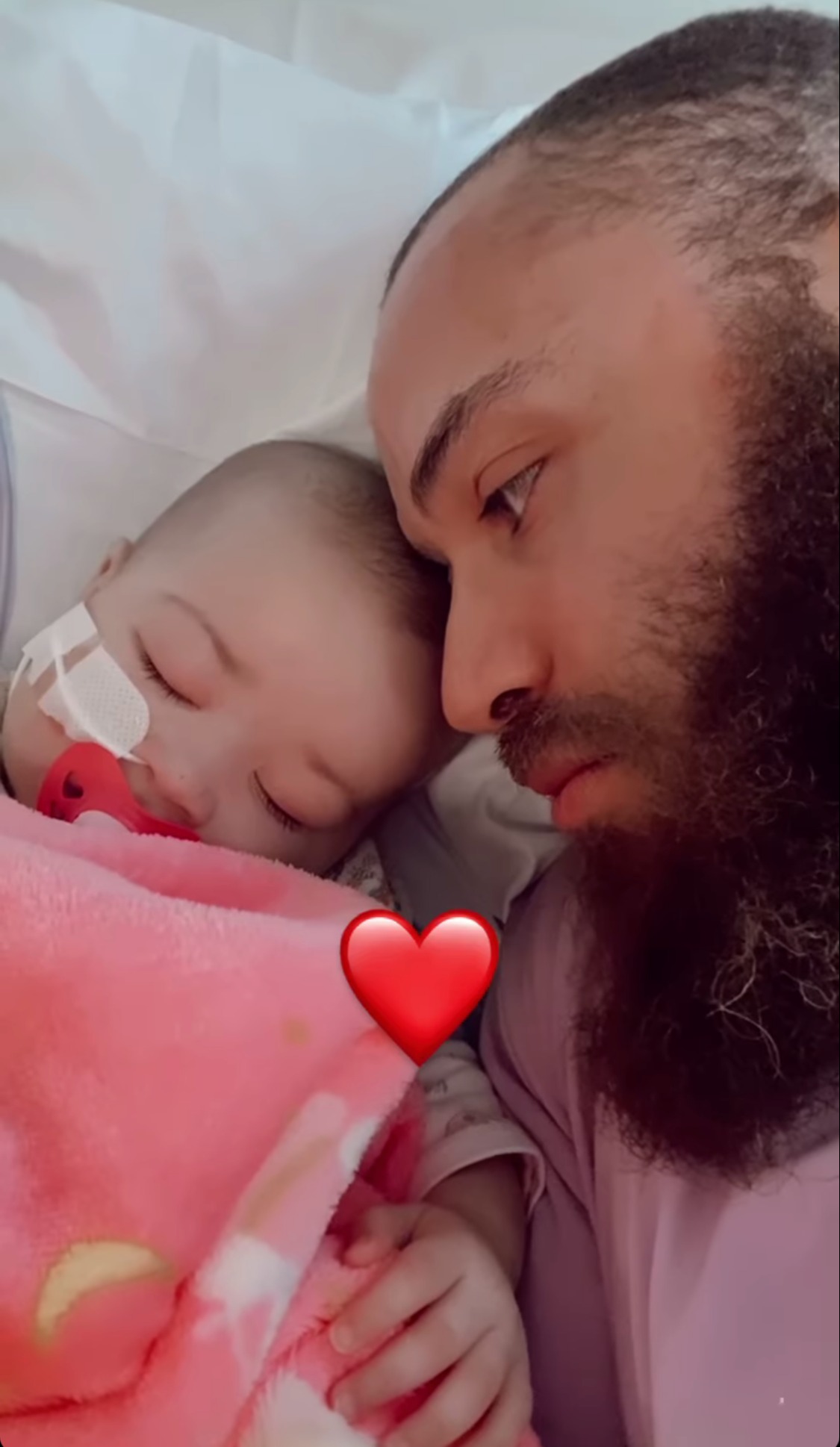 It wasn't long before Azaylia needed a nap, with her doting dad sharing an update on his Instagram feed in the meantime.

The Ex on the Beach star said last night that seven-month-old Azaylia had relapsed after an unsuccessful bone marrow transplant.

But her parents, including mum Safiyya, want to fly the tot to Singapore to receive potentially life-saving treatment for leukaemia.

He wrote today: "*UPDATE* With all of your help, we can now begin the process, starting with another bone marrow test on Wednesday. 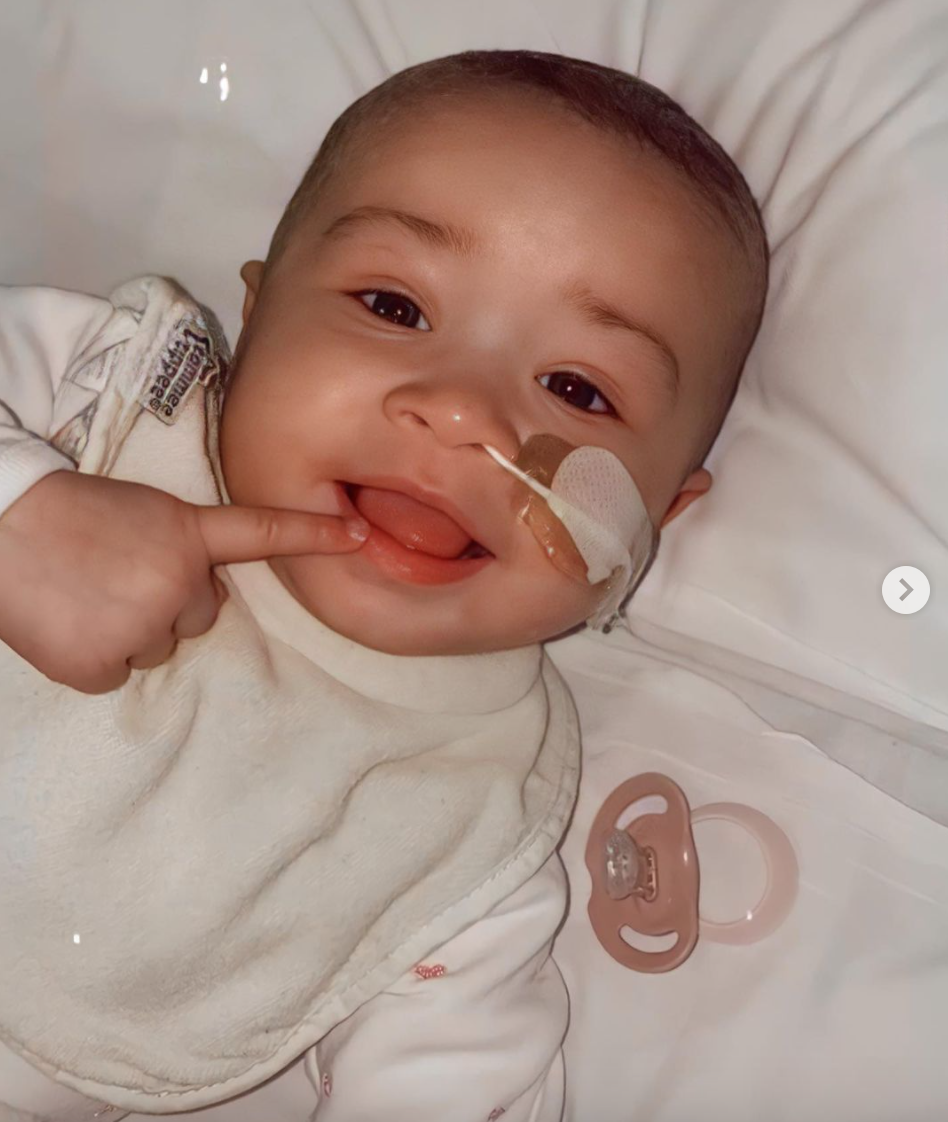 Writing on Instagram this afternoon Ashley said thanks to the huge flood of donations they will be able to kick start treatment soon.

He wrote: "Along with a lumber puncture, for samples of cerebrospinal fluid and blood to be sent to Singapore, via a special 48 hour delivery process, to preserve cells for them to begin tests and create a CAR treatment for Azaylia’s disease.

"Meanwhile here in the UK, consultants are working hard to control Azaylia’s disease with further chemotherapy to get her into remission and ready for us to embark on our greatest journey yet! ❤️"

Ashley also revealed he will take part in a bike ride from Birmingham to London to raise money for other parents battling to save their cancer-stricken children.

He said: "The ride will be gruelling both mentally & physically, but nothing compared to the challenges Azaylia and other Likkle Lions face on a daily basis.

"Together, we have built a community who can change the world for the better. Primarily for Azaylia to continue treatment and go on to live a life that she deserves and secondly to help others battling this terrible disease. No parent or child should have to go through this experience and we, know first hand, how difficult this process is.

"So our aim for this ride is not only to help my daughter get the treatment she needs, but have enough money to support the families that will be following us which may not have the network of support that we have."