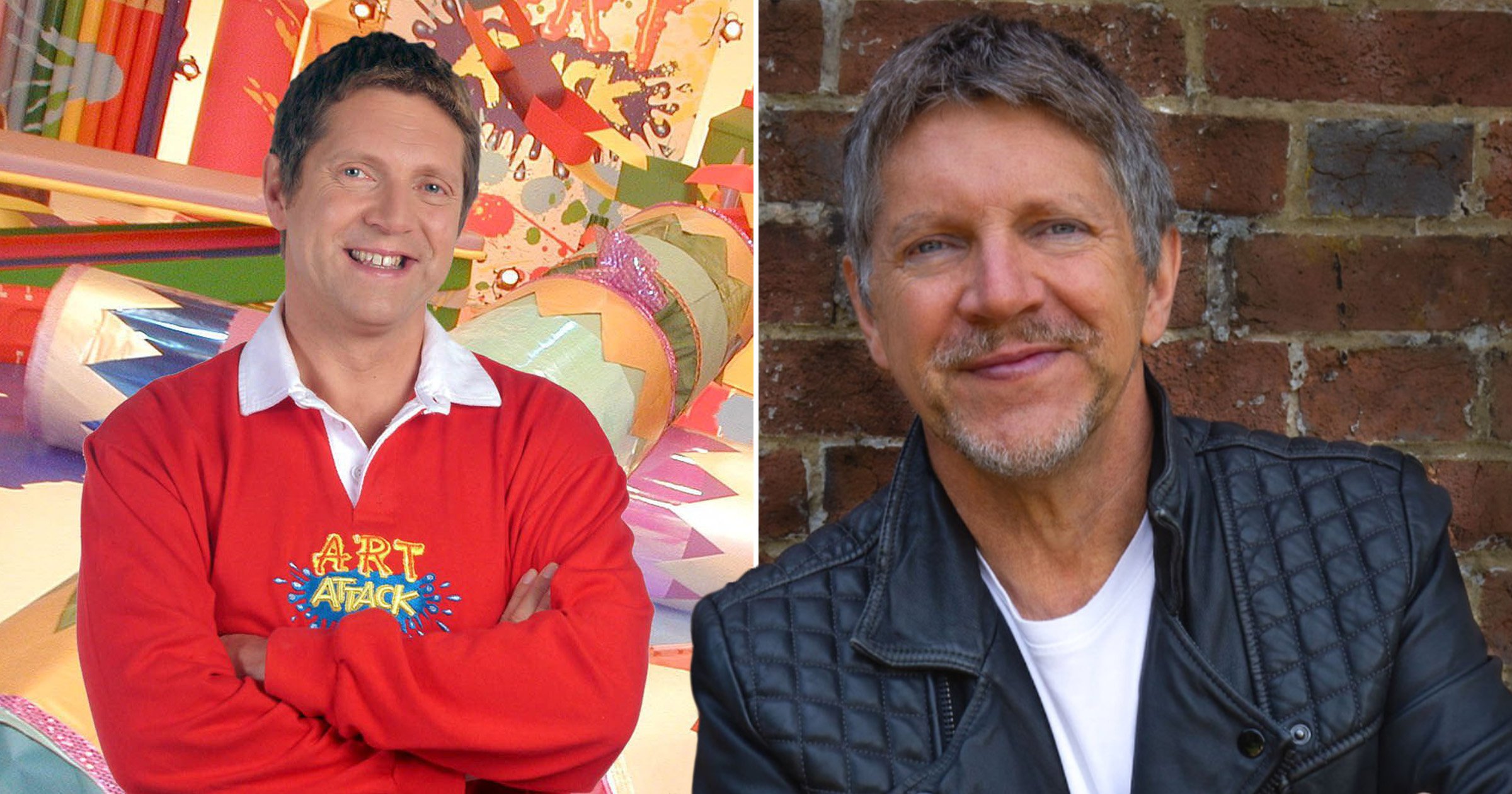 He was a familiar face to so many of us growing up, but Art Attack star Neil Buchanan looks very different today compared to his time on kids’ TV.

The 65-year-old created and presented the CITV show and helped many children get creative during his career in the 90s.

He starred on the show for 19 seasons from 1990 to 2007, and he’s changed a little since the programme left our screens.

Neil was fresh faced during his time on the show. Now, he has a goatee and a little salt and pepper in his hair.

The programme, which fans will remember he co-hosted with a (slightly terrifying) talking statue, saw Neil teach children how to create their own artworks from household objects.

It wasn’t always his main ambition, though. The artist and presenter was a musician before taking over as host on the beloved programme, having formed heavy metal band Marseille in Liverpool back in 1976.

After his Art Attack career came to an end, he rejoined the group and has been playing live with them since 2009.

Since then, he’s also found himself at the centre of some of the more bizarre conspiracy theories on the internet.

In 2020 social media users began spreading the rumour that Neil was in fact street artist Banksy, with fans claiming that his artwork had cropped up in locations where he’d performed with her band.

He later denied the rumour with a statement on his website.

It read: ‘We have been inundated with enquiries over the weekend regarding the current social media story.

‘Unfortunately this website does not have the infrastructure to answer all these enquiries individually, however, we can confirm that there is no truth in the rumour whatsoever.’