The Chase: Anne Hegerty on 'changing' her Governess character

The Chase fans see six of the brightest quiz brains take on a new batch of contestants every weekday on the ITV show, fronted by Bradley Walsh. Anne joined the team back in 2010, with Shaun Wallace and Mark Labbett having already taken on players in season one. The Governess has now opened up on whether she plans on calling it a day anytime soon, admitting: “Not unless I get fired or they cancel it!”

Anne, Shaun and Mark made up the show’s original three Chasers until being joined by Paul Sinha in the show’s fourth series.

Now, the trio has landed their own spin-off which sees them jet-off around the world.

Going far and wide, to destinations such as Japan and America, the Chasers’ brains will be tested like never before.

The show titled The Chasers’ Road Trip: Trains, Brains and Automobiles kicks off later this month on ITV. 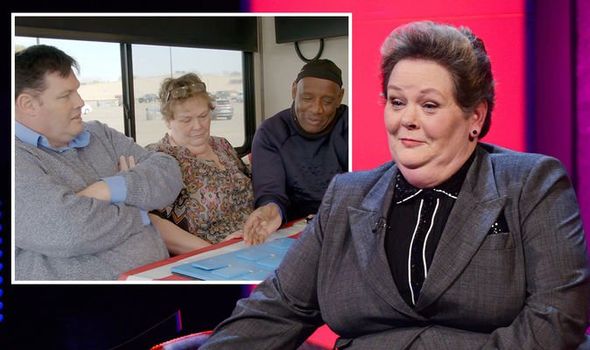 We will use your email address only for sending you newsletters. Please see our Privacy Notice for details of your data protection rights. Bradley Walsh embroiled in BBC and ITV ‘bidding war’

In the US, the Chasers will face a Bonobo ape that can read, a chimpanzee memory wizard, a gaming orangutan and a dolphin.

Back on their home turf, the Chasers will go head-to-head with UK child geniuses to see whether intelligence can be innate or developed.

Ahead of her new road trip adventure landing on-screens, Anne has opened up on her future on the flagship show.

She confirmed she won’t be going anywhere anytime soon, responding: “Not unless I get fired or they cancel it.” 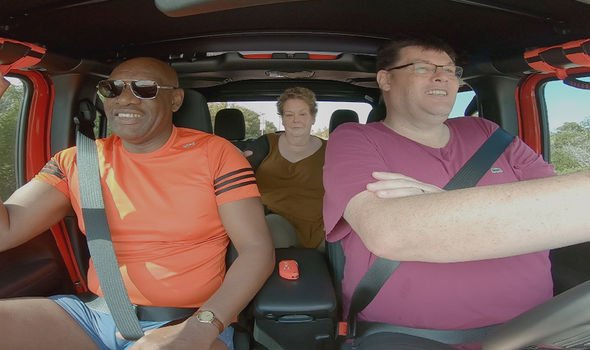 Anne went on to explain the reason why she liked being a part of the team so much, continuing: “In a sense, it’s an easy job.

“I’m autistic, so I find things like getting showered, dressed and making my way to the studio quite difficult and stressful.

“But the place where I know absolutely what I’m doing is on the studio floor.

“I’ll often find myself thinking, ‘Why can’t the rest of life be like this?'” she told Radio Times.

The ITV quiz show recently saw a new addition to the panel in the form of Darragh ‘The Menace’ Ennis.

The Oxford University researcher became the sixth member of the brainy team.

He joined the existing stars The Chase which – as well as Anne, Shaun and Mark – includes Jenny Ryan and Paul Sinha.

She added to the publication: “Well when a new Chaser joins, they are taking a slice of the cake. So everyone gets less cake.”

However, she noted the show’s popularity continues to increase and this has led to a higher value of programmes coming to fruition.

New spin-off Beat the Chasers has also been a huge hit with viewers.

The show’s second series began last week and has seen some contestants win big money when they manage to beat the quiz brains.

Tags: entertainment, the, The Chase, TV
You may also like
Celebrities News