The Channel Five historical drama Anne Boleyn sees Jodie Turner-Smith taking on the role of the troubled Tudor queen, Heny VIII’s second wife. But while some viewers of the second instalment of the Channel Five drama praised the actors, performances and story-telling, many were unable to see past the costumes, which they didn’t think were right for the drama – and they quickly took to social media to express how baffled they were.

The second episode saw tensions between the doomed queen and powerful patriarchy wanting to put an end to her reign.

After giving birth to a stillborn son in the previous episode, Anne was faced with a furious Henry VIII (Mark Stanley), who blamed her.

During the episode, she apologised to the king but said she wouldn’t take his anger being directed at her.

She later accused Henry VIII of cheating on her with Jane Seymour (Lola Petticrew), bravely shouting at him: “You are mine!”

When he started to attack her, she deemed him “pathetic.” 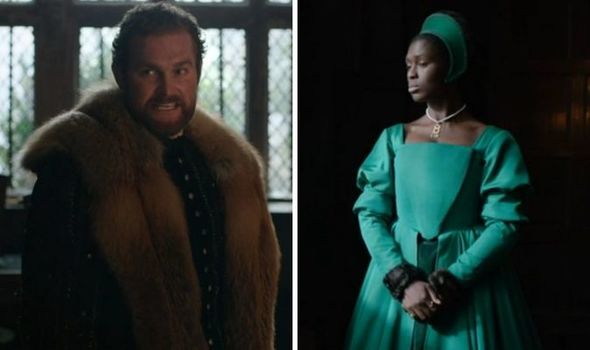 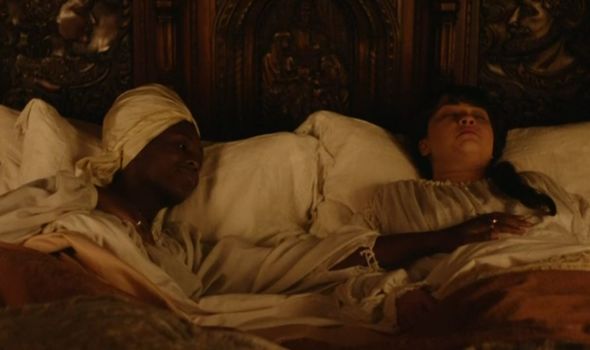 But unimpressed viewers seemed to look past the action and focus on the outfits worn by the characters.

One took to Twitter to say: “#AnneBoleyn I don’t care who plays Anne Boleyn, what really upsets me is the quality of the costumes on this! They are shocking! None of them fit her!

“They are clearly made from horrible polyester. Even on the blokes, the buttons don’t line up. Costumed by Matalan?”

Another wrote: “The script was awful as were the costumes and designs. #AnneBoleyn.” 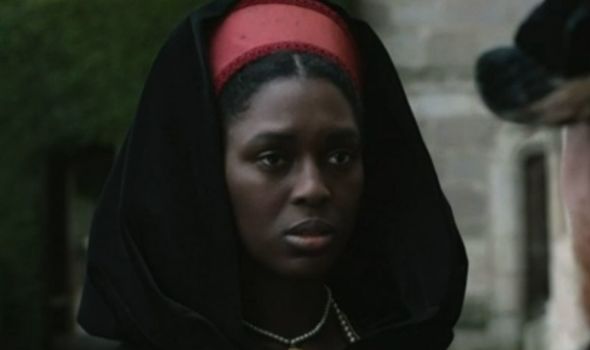 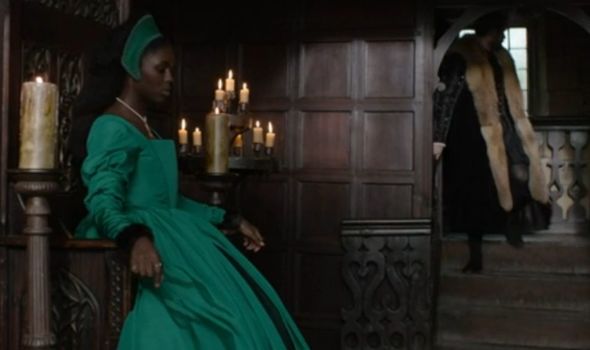 One viewer, who was admiring Jodie’s performance, also couldn’t help but pick up on the clothing.

They wrote: “Fascinating on many levels! Acting excellent.

“Perhaps ironically I thought this the truest characterisation I’ve seen of AB, strong, clever, sharp. She’s a queen yet an outsider, and she refuses to be meek!

“Already finding the closeness of her and her brother heartbreaking, knowing what’s coming & how it will be twisted.. (Costumes awful but it’s clearly low budget!) #AnneBoleyn.”

“Oh no! I wanted to love #AnneBoleyn but the costumes are awful,” a fourth penned.

Another person said: “The costumes look like they were made by 11 year olds in their first needlework class and historical accuracy has gone out of Hampton Court’s double glazed windows #AnneBoleyn.”

However, others actually praised the costumes worn.

One Twitter user commented: “The costume design and colours on #AnneBoleyn” are par excellence! But historical documents detailed that Anne’s most favourite colour was “black” Spanish silk.

“It was said that black was her favourite attire, because it complimented her ‘black eyes and hair.'”

Another agreed, writing: “Love this version of #AnneBoleyn. The skullduggery, the costume, the lighting. Superb.”

The episode ended with Anne being arrested for treason and being taken to the Tower of London.

She asked if she was allowed a trial, which she was told she would be.

The episode concluded with Anne stating: “Then the world will know my innocence, in due course. Lead on uncle, we will not keep them waiting.”

Anne Boleyn continues on Thursday at 9pm on Channel Five.