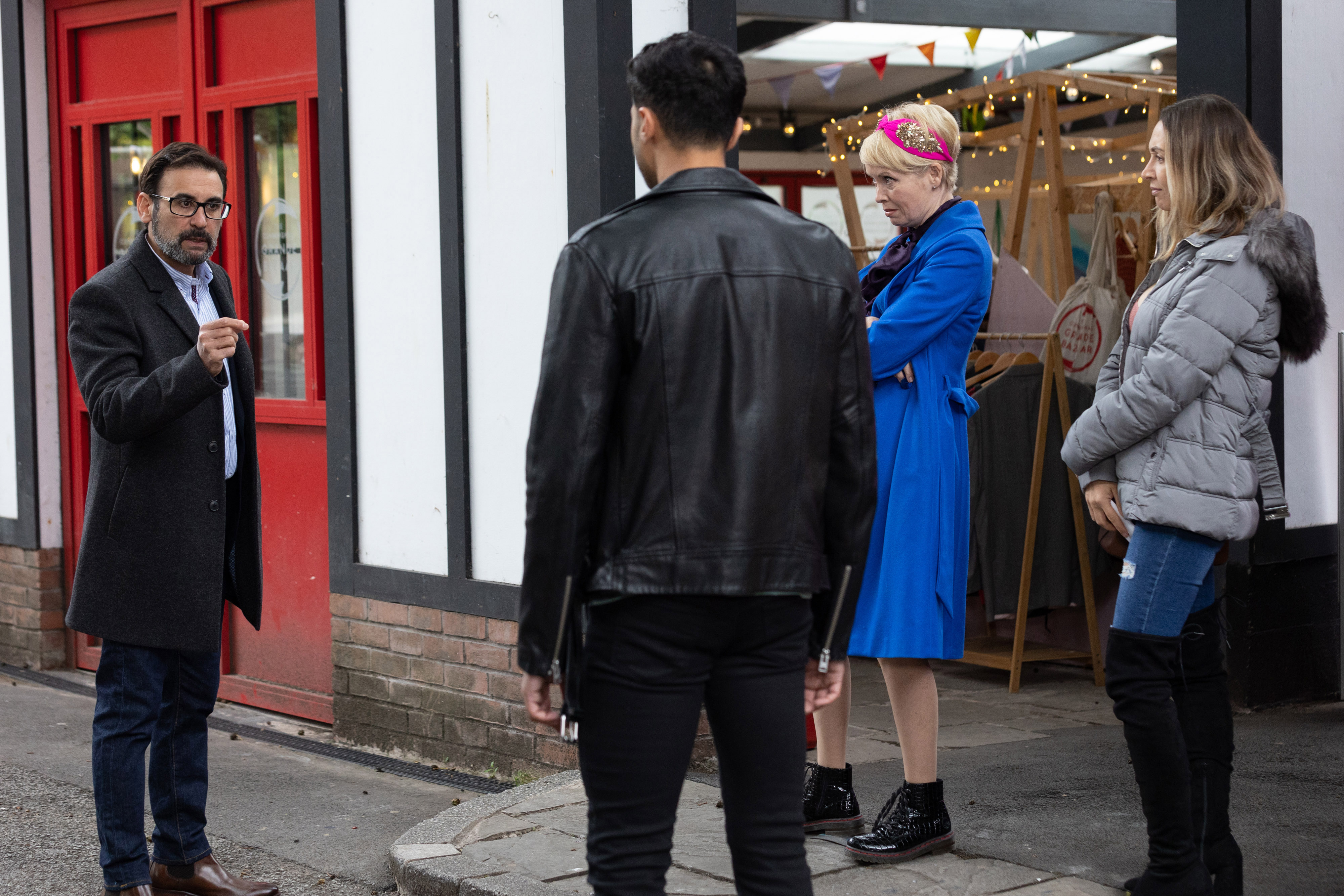 The residents of Hollyoaks are about to discover the horrifying truth about Ali Shahzad (Raji James) in upcoming scenes, when Shaq Qureshi (Omar Malik) publicly calls him out.

Ali, as viewers know, raped Misbah Maalik (Harvey Virdi) when they were at medical school, as Misbah bravely revealed the truth to her family last week.

Shaq has struggled to come to terms with the revelation, and even threatened Ali’s life in the immediate aftermath.

Misbah warned him to stay away from vile Ali, while Sami (Rishi Nair) and James Nightingale (Gregory Finnegan) worked together to destroy the doctor.

A breakthrough is made next week, but attention is soon elsewhere when Misbah discovers that Ali is going to be awarded for his contributions to oncology.

Ali, meanwhile, demands a public apology from Shaq for what he’s done, threatening to report him to the police if he fails to comply, leaving the Maalik clan reeling.

Will Shaq do as Ali demands? Or will he stand by what he’s said?

That remains to be seen, but a huge development could prove to be exactly what the Maaliks need in order to destroy Ali.

A victim named Gina comes forward, and she tells Misbah that seeing Ali condemned by Shaq made her realise that she was not alone.

They discuss their experiences, and ultimately Gina resolves to give a statement.

But a threatening encounter with Ali could result in her having second thoughts.