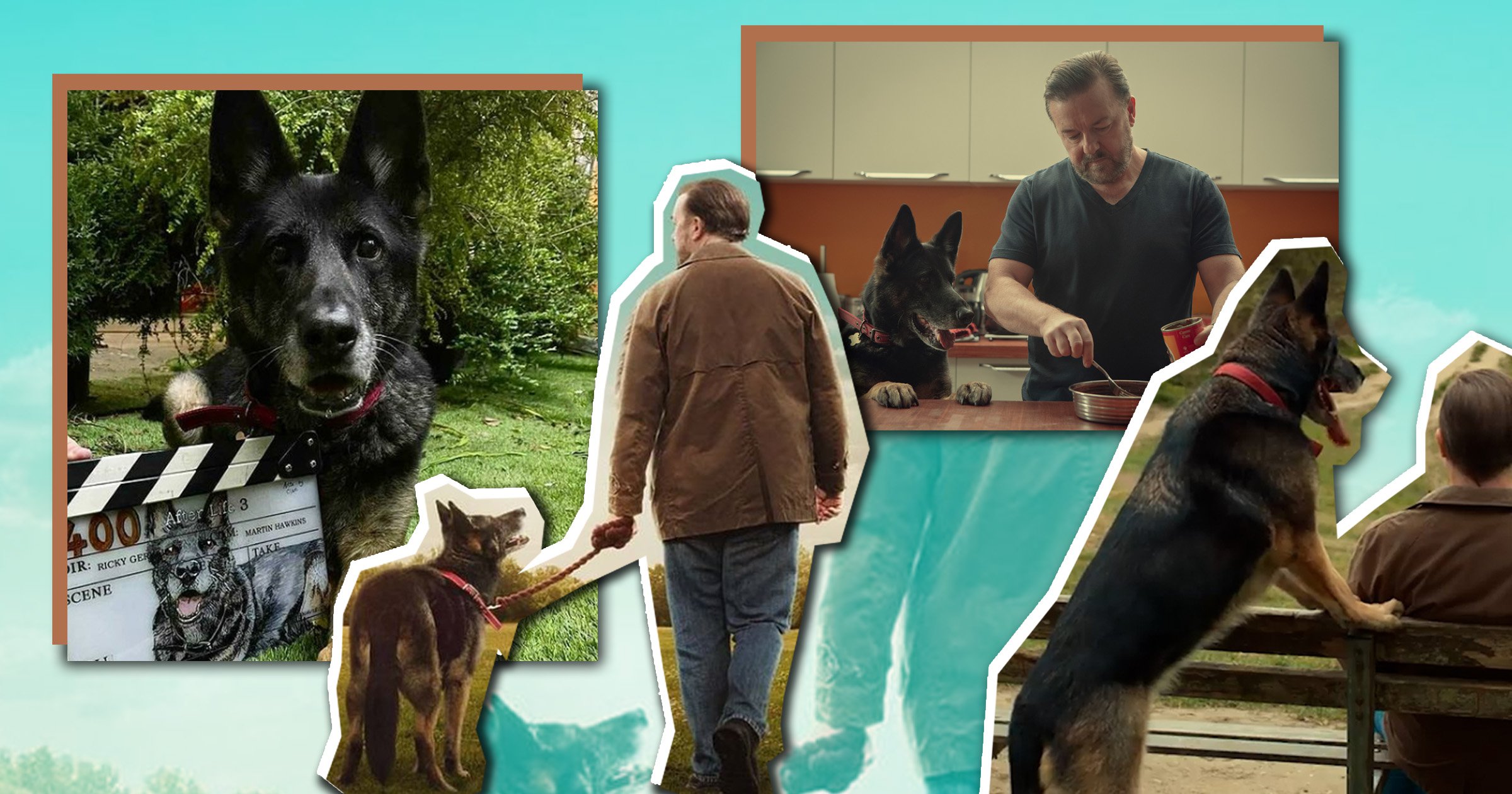 After Life fans have taken to the brilliant cast of the Netflix show in recent years, but it’s Tony Johnson’s (Ricky Gervais) dog Brandy who they’ve really fallen in love with.

The third and final season dropped on the streaming service this week, marking the end of fans’ time with widow Tony, who struggled to navigate his grief following the loss of his wife Lisa (Kerry Godliman).

With Tony nearly giving up hope and starting out the series with severe depression, he was gradually supported by his colleagues at the Tambury Gazette but it was someone else who ultimately saved him – his dog Brandy.

But wanting to know just how the hound got involved with the series in the first place, Metro.co.uk decided to catch up with her owner.

Ashley Foster of Stunt Dogs and Animals looks after Brandy – real name Anti – from day-to-day, as well as accompanying her on all her jobs.

He revealed fans will soon get to see Anti elsewhere, as she’s had a very busy filming schedule in recent months.

Ashley told us: ‘She’s got loads of stuff coming up, she’s going to be in the new Dungeons and Dragons – we went to Northern Ireland film that last summer.

‘She does a lot of police and sniffer dog work, Midsomer Murders and everything like that!’

He went on to share how Anti was cast in the series, after Ricky handpicked her himself.

Ashley revealed: ’Anti’s done a lot of work on loads of other films and TV shows before she did After Life, so when we got an email from Ricky Gervais saying he liked the look of Anti for this new Netflix show he’s doing, we arranged a meet and greet on Hampstead Heath.

‘We basically got down there met him and he walked around and we showed him all the things that she can do.

‘She goes to a mark she does all these tricks, she can take an eyeline and, he picked her there and then!’

He went on to explain how directors can get in touch directly if they spot the perfect pooch as they have profiles of all their wonderful stunt dogs on their website.

‘Ricky’s great. I mean, he loves dogs and the show was written with the dog as a main character, which is not that common in our line of work.

A lot of Anti’s work is sort of in the background, she plays police dogs, she plays army dogs and it’s not often people actually know the dog’s name in the show.

‘That side of it being written into the story and playing an important part in the story has been really, really fun, as I say because she’s typecast as a police dog most of the time.

‘When she’s acting, most of the time she’s barking or looking mean. On Afterlife, she was playing a normal dog for a change, and she got to show more of the cute stuff that she can do.

‘So yeah, she’s playing herself basically in real life,’ her handler explained.

But how long will she remain on our screens? Well, Anti’s going nowhere just yet.

Ashley said: ‘I mean she’s 10 years old now so she will retire in the next… well, I don’t know when, but with dogs, you can’t say there’s a set time where they’re going to finish.

‘But she’s really fit, she’s really healthy, she loves to work. So as she slows down we will only put her up for the more sedentary jobs, but yeah, she’s still quite busy!’

After Life season 3 can be streamed on Netflix now.