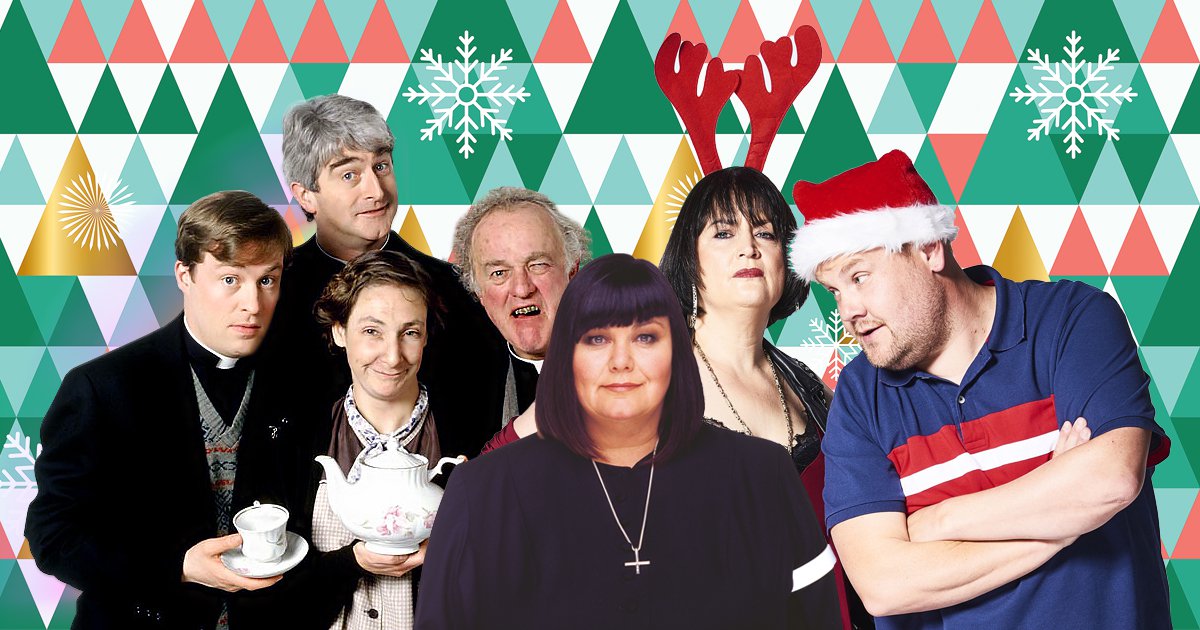 It’s been a long, weird year, but it’s finally almost Christmas, and that means we’re watching a lot of TV.

Whether you’re spending it with friends or family, at home or abroad, there are a few certain traditions that simply have to be kept to each year.

These include watching classic Christmas films, eating your weight in chocolate, replacing all the milk in the house with Baileys, and watching some absolutely fantastic TV.

There’s nothing quite like seeing your favourite characters sitting around a giant turkey, wearing paper hats, making double-entendre jokes about ‘stuffing’, and generally causing havoc in a Christmas jumper.

So if you’re looking for some brilliant Christmas specials to watch ahead of the big day this year, look no further: here are 10 of the best Christmas episodes from our favourite TV shows.

The Vicar of Dibley – The Christmas Lunch Incident (1996)

We all love a big feast on Christmas day, but usually, our intentions for second and third helpings turn into a lie-down on the couch watching Home Alone while cradling a box of Roses.

This is why watching Geraldine attempt to eat four separate Christmas dinners to avoid hurting anyone’s feelings is one of the best things you’ll watch all year.

Plus, we all feel like we need to be carried home in the bucket of a tractor after our Christmas dinners, just like Geraldine.

The Royle Family has six Christmas episodes in total, from the screamingly funny to the downright heartbreaking – but the first one, when Denise goes into labour with Baby David and the usually crude Jim comforts her in the bathroom, is by far the most special.

Everyone has an opinion on whether or not Die Hard is a Christmas movie (spoiler alert: it absolutely is), but Brooklyn Nine-Nine brought this debate to another level for their first festive episode.

The cop sitcom has multiple Christmas episodes, but watching Jake have his Bruce Willis moment in a hostage situation during a last-minute shopping spree, and Boyle shouting the almost-famous catchphrase ‘Yippie kayak, other buckets’ is guaranteed to have you in stitches.

Starring the legendary Rik Mayall as Richie and Ade Edmondson as Eddie Hitler, Bottom is as revolting as it is hilarious, bringing violent slapstick humour to the next level.

The Christmas episode sees the odd couple adopt a baby as ‘the second coming of Jesus’ is left on their doorstep and insanity ensues – with a good few ‘leg or breast’ jokes thrown in for good measure.

It’s the greatest Christmas special in history*, A Christmassy Ted from Father Ted.

It’s not Christmas unless you’ve seen a bunch of priests wandering lost around a lingerie department, watched Mrs Doyle sneer at the idea of having the misery taken out of making tea, and seen Ted ‘move on to liars’ from the stage as he picks up his Golden Cleric award.

At this point, it’s as big a Christmas tradition as decorating the tree – the Doctor Who Christmas specials are some of the best episodes in the show’s history.

From David Tennant’s first adventure as the 10th Doctor, to Kylie Minogue on a spaceship Titanic and Catherine Tate showing up on the Tardis in a wedding dress, Doctor Who knows how to do a good Christmas episode.

But the best one? Well, that will depend on who you ask – but we reckon it’s the gorgeous sci-fi retelling of A Christmas Carol.

This unique take sees Matt Smith’s Doctor act as the ghost of Christmas past, as he tries to turn a bitter old man (played by Michael Gambon) into a better person by visiting his childhood self and showing him kindness – as well as helping him with his first love.

Plus, there are flying sky sharks – because this is Doctor Who, after all.

Even if you’re new to Who, this incredible story will draw you right in.

The 2019 Christmas special had the British public in a chokehold after that shock cliffhanger – and we’re all waiting with bated breath to see if they’ll ever reveal what happened.

Another absolute classic, the 1988 Blackadder Christmas Carol is as side-splittingly funny today as it was 33 years ago.

Narrated by Hugh Laurie and starring Rowan Atkinson as Ebenezer Blackadder, this twist on A Christmas Carol sees a kindhearted and generous Blackadder decide to change his ways and become cruel and miserly after seeing his ancestors and descendants enjoying their riches.

The Christmas lesson learned: ‘Bad guys have all the fun.’

If you thought a monstrous show like It’s Always Sunny In Philadelphia could never pull off a wholesome, family-friendly episode for Christmas, well… you’d be right.

A Very Sunny Christmas features a rabid Charlie Day attacking and biting a shopping centre Santa in front of screaming children, Mac’s parents regularly robbing houses on Christmas Day, and a naked Danny DeVito slithering out of a couch.

Absolutely not one to watch with the kids.

Michael Scott is climbing the walls at the best of times, and watching him descend into madness coming up to Christmas is an absolute treat.

The US Office has nine Christmas episodes in total, featuring everything from fires, interventions, and final showdown battles between Santa vs Jesus Christ.

But the ultimate Christmas special is the very first one, where Jim almost tells Pam how he feels (God, those two strung us along for a long time) and the office continuously swaps presents in the hopes to bag a video iPod.

If you’re going to end a much-loved TV series, you may as well end it with a bang, and that’s exactly what Ricky Gervais did with this two-part Christmas special/series finale.

The finale had everything: David Brent embarrassing himself on dates, telling Chris to f*** off and finally getting everyone to laugh.

And then there’s Tim and Dawn – an iconic Christmas special and a great end to a brilliant series.