A Christmas Story is one of the most iconic holiday movies of all time. Cable channels often have the Christmas film on repeat for days around the holiday. Ralphie actor Peter Billingsley once recounted some shocking behind-the-scenes revelations from the set of A Christmas Story. As a result of one of these stories, Billingsley got quite sick.

What is ‘A Christmas Story’ about?

1983’s A Christmas Story follows Ralphie who so desperately wants one gift for Christmas: an official Red Ryder Carbin-action 200-shot Range Model Air Rifle. Meanwhile, he’s suffering from bullying, a suffocating mother, and a crotchety dad. Ralphie attempts to convince all those around him that the BB gun is the perfect present.

Bob Clark directs and co-writes a screenplay along with Jean Shepherd and Leigh Brown. A Christmas Story is popular holiday viewing for many families around the world. However, this movie isn’t the only holiday film he made, as he also directed and produced the Christmas horror flick Black Christmas. 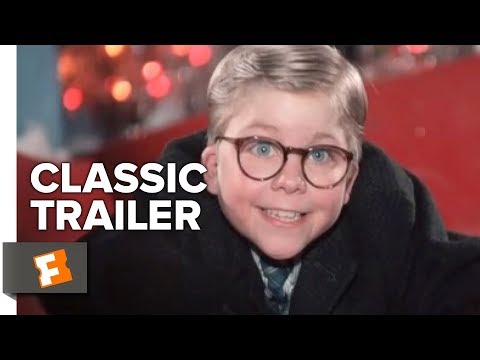 Billingsley appeared on IMDb’s podcast That Scene With Dan Patrick. He was only 12 years old when he filmed A Christmas Story and now Billingsley is recounting his experiences on the set. In one instance, the prop department gave the young actor real tobacco for the cowboy scene.

“The scene says he’s dressed as a sheriff … and the script says he’s chewing tobacco,” Billingsley said. “So the prop man comes up to me, he’s got this pouch, and it says ‘Red Man’ on it, and he gives it to me. I don’t know the difference. I said, ‘What do I do with this?’ He says, ‘Jam it down in here. Don’t swallow, just spit.’”

“The world starts tilting, I start sweating, my stomach starts hurting, and I start throwing up,” Billingsley said. “[Director Bob Clark]’s like, ‘Cut, cut, what the hell’s going on?’ The prop man says, ‘Oh, I gave him Red Man.’ Bob says, ‘What are you doing? He’s 12 years old!’”

“So we shut down, I go and lay on the couch in the living room of the set for about 40 minutes until I can get this s*** out of my system,” Billingsley added. “And then they did what they should have done, someone had a good idea.”

Billingsley continued: “They took a bunch of raisins, squished them together, and then stuck that in my mouth, so I had brown spit. It was a very different time, obviously. He just gave me straight up, whole cut leaf Red Man.”

Where to watch ‘A Christmas Story’

The Billingsley-starring A Christmas Story is widely accessible across several services, particularly during the Christmas season. Cable subscribers can watch the holiday movie through the 24-hour programming blocks on networks TNT and TBS starting on the night of Christmas Eve.

A Christmas Story is also available at any time to stream through HBO Max. Otherwise, audiences can find the movie for digital rent or purchase through online retailers such as Apple TV, Amazon Prime Video, Google Play, and YouTube.