In 90 Day Fiancé Season 9, Biniyam ‘Bini’ Shibre tells his fiancée, Ariela’ Ari’ Weinberg, that now that he’s in the United States, he wants to pursue his dream of becoming an MMA fighter. While Ariela isn’t too keen on training over four hours a day, she’s doing everything to support his passion. Does Biniyam become a UFC fighter? Here’s everything we know about the 90 Day Fiancé star’s MMA fighting career.

Biniyam Shibre’s dream is to become a MMA fighter

On the June 5 episode of 90 Day Fiancé Season 9, it’s a few weeks after their big move from Ethiopia to Princeton, New Jersey. Now that Biniyam is getting a taste of American life, he wants to pursue his dream of becoming a professional MMA fighter.

According to the site, Biniyam has won both of the two fights he’s had so far. His last fight was on August 13, 2021, in New York at the Flex Fight MMA event. Before that, his first MMA fight was for Revolution Combat Championships in Cedar Rapids, Iowa, in the featherweight category, in which he won by TKO (technical knockout).

As fans know, Biniyam, AKA Babycool, fought while he was in Ethiopia. According to his bio, Biniyam began fighting at an early age. His biography explains, “Biniyam ‘Baby’ Shibre was born and raised in Addis Ababa, Ethiopia. He showed early athletic ability and was encouraged by his late father to begin martial arts at a young age.” 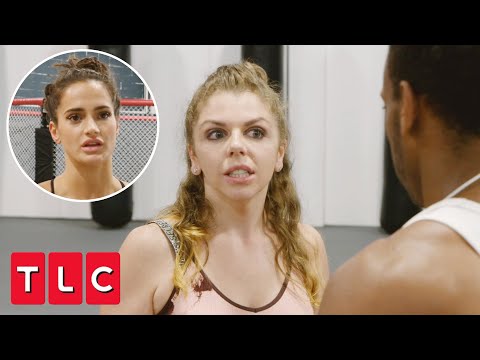 It continues, “However, his athletic ability is not limited to one sport. He has competed in bodybuilding. He also remains active in Circus training which combines acrobatics, gymnastics, and performance art.”

His bio reads, “He has fought as a kickboxer in Ethiopia three times. He is a member of United Africa MMA, a federation working on bringing the sport to a wider audience in East Africa.”

While Ariela may not be the happiest about Biniyam training for over four hours a day at a gym that takes almost an hour to travel to, all of the dedication is paying off. Perhaps Biniyam will achieve his dream of becoming a professional MMA fighter after all. Audiences can continue watching more of Biniyam’s journey to the ring and down the aisle in season 9.