Fans have had many new Korean dramas that showcased a female lead character’s ability to hold up a storyline from beginning to end. In 2021, K-dramas have gone out of their way to include empowering female leads that break the “damsel in distress” trope and become their own heroes. These K-dramas have women run the show from crime thrillers, zombie outbreaks, and a new supernatural phenomenon.

One of Netflix’s most acclaimed K-dramas of the year was the dark fantasy thriller Hellbound. A new world order arises when people receive prophecies of their death. When it is time, three emissaries from hell brutally kill the condemned. In the midst of a rising cult and a police detective is a lawyer who fights the phenomena to protect the condemned.

Min Hye-jin (Kim Hyun-joo) believes a person’s fate is dependant on free will. In Hellbound, she fights a new mob mentality to protect the family of the condemned no matter what. Looper explains, “It’s not just Min’s ferocious resolve and entrenched desire to help vulnerable people that makes her such a great character.”

Part of what makes Hye-jin a powerful female lead is that she is not only helping people who will meet death but protects her mother with cancer. In the end, she becomes the storyline’s hero.

Hellbound is available to stream on Netflix.

Fans fell in love with the character Han Sae-byeok (HoYeon Jung). Behind her subtle beauty is a fighter. In Squid Game, Sae-byeok is a North Korean defector who joins the brutal Games. She wants to win the prize money to find her mother and take her brother out of foster care.

The K-drama’s female lead character showed grit, determination, and heartache. While the other players are scared of gangster Jang Deok-su (Heo Sung-tae), she has no problem standing up to him. In Squid Game episode 2, Sae-beok threatens a smuggler with a knife when he threatens her. The empowering female character won over viewers’ hearts.

Squid Game is available to stream on Netflix. 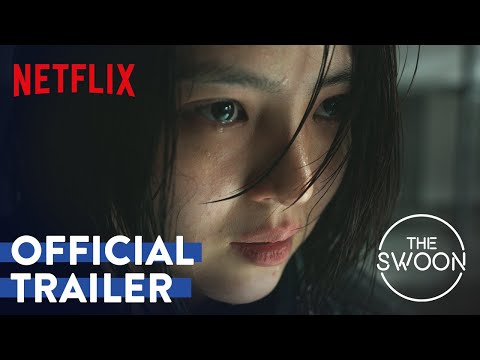 Actor Han So-hee astounded fans with her character Ji-woo in My Name. In the K-drama, Ji-woo witnesses her father’s murder and vows revenge. She joins the same criminal gang her father was a part of. Under the boss’s direction, she becomes a mole in the drug unit to find the killer.

My Name director explains the K-drama is a different kind of revenge story narrated by a strong female lead. Ji-woo not only becomes a ruthless and skilled killer but battles between her revenge and moving on. The character goes through much pain, death, anguish, and more that tests her limits and sanity.

My Name is available to stream on Netflix. 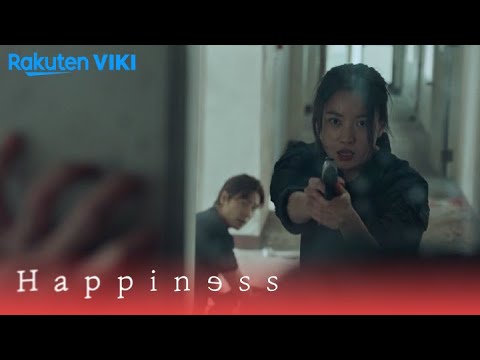 One of the years most talked about K-dramas among fans is Happiness. Starring Park Hyung-sik and Han Hyo-joo in the leading roles. Fans agree that Han’s character Yoon Sae-bom stole the show. She is a strong female lead as a special forces officer from the start.

The character has guts and bravado in the face of danger. Happiness’s storyline involves a failed pharmaceutical drug turning people into blood-thirsty monsters. When she and the characters are quarantined inside the residential building, Sae-bom becomes more feared than the monsters.

Sae-bom often used self-defense, combat tactics, and a gun to force the residents to comply for the greater good. The empowering female lead in the K-drama proved not all women crumble in the face of danger.

Happiness is available to stream on Viki.