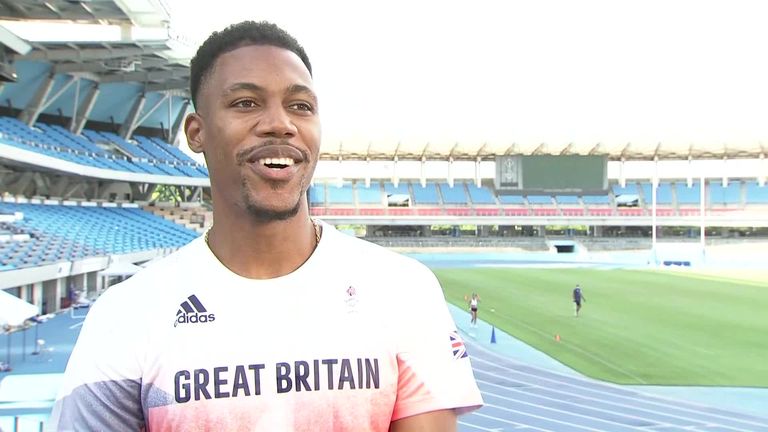 Team GB sprinter Zharnel Hughes believes he can be in the mix to succeed Usain Bolt as the Olympic 100m champion but says the race will be “wide open”.

Hughes, Reece Prescod and Chijindu Ujah are the three British athletes to have met the entry standard of 10.05s and qualified for the men’s 100m event, due to be held between July 31 and August 1.

The event will crown a new winner for the first time in 13 years after three-time Olympic champion Usain Bolt retired from the sport following Rio 2016.

There is plenty of curiosity about who will follow in the footsteps of the Jamaican sprinting legend and Hughes believes that he can be one of the surprise packages in Tokyo.

“The 100m is quite wide open, a lot of guys are running pretty fast and I definitely think with myself included, I can be amongst the mix,” he told Sky Sports News.

“I’m looking forward to going in there and taking it round by round, live in the moment, and trust my training and my ability to run fast. It’s just a matter of going to the starting line and focusing on myself and the task ahead. 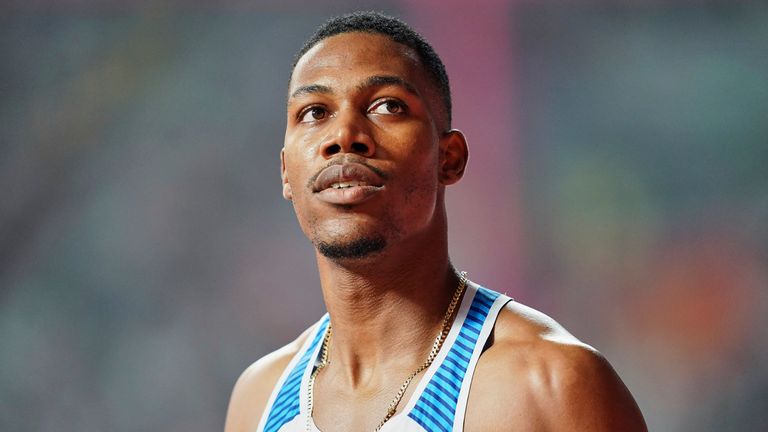 “The thing is I don’t want to put any times, at the end of the day when you get to the finals there’s pressure and some people can’t really run under pressure. So I won’t say specifically what time will win the championship.

“I’ve never been at the Olympics before, this is my first year, I’m really looking forward to doing something special for myself especially.

“This has been a dream over the years, we all trained for this. I know the guys want to step up their game and show the world that Team GB are guys to be reckoned with.

“I definitely think with us three making it to the finals, that will be very exciting back home.”

Bolt has become the most successful sprinter of all time, holding the current 100m world record of 9.58s which he set at the 2009 World Athletics Championships final in Berlin. 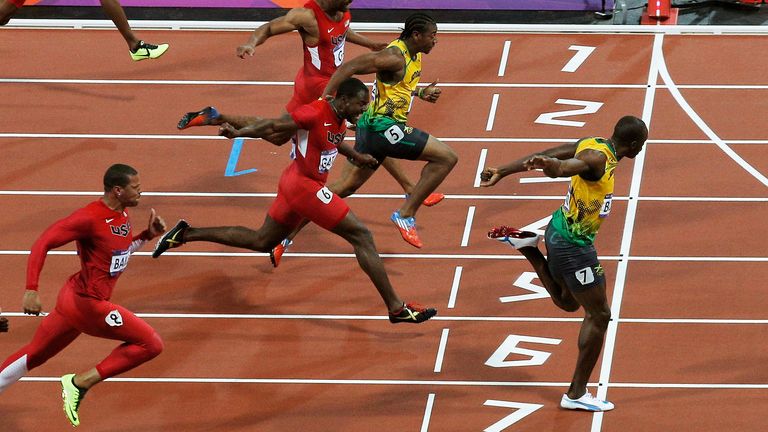 The Jamaican has won gold in the 100m, 200m and 4x100m relay events at Beijing 2008, London 2012 and Rio 2016, although he was retrospectively stripped of the 4x100m gold at Beijing after his team-mate Nesta Carter was found guilty of a doping violation.

Hughes says Bolt has given him the platform to believe he can go on and create his own legacy within athletics.

“You have to mention the great Usain Bolt, to see him do it three times back-to-back in 2008, then London then Rio – that’s a spectacular feat, you’ve never seen it over the years,” Hughes said.

“Obviously you have to mention the great Linford Christie as well, those guys have set to mark for us to follow along the way.

“I definitely would like to leave my mark within the sport, I think it’s within me – I just need to get out there and show the world.”