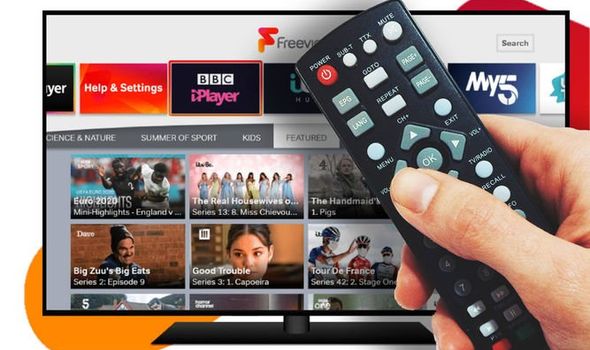 If you’re stuck for something to binge on this weekend then there’s an all-new channel to try out. That’s TV Gold has just launched on both Freeview and Sky Q with the all-new service promising to feature nostalgic shows and content from across the last few decades.

The channel includes documentaries, concerts, films and more with it broadcasting 24-hours a day via channel 91 on Freeview and 187 on Sky. “That’s TV Gold is the home of nostalgia… celebrating and commemorating the music, people, culture and events of the last 7+ decades 7 days a week,” Freeview said on its content page.

Shows being broadcast this week include The Rolling Stones: Rock of Ages, The Beatles: Parting Ways and Neil Armstrong – One Small Step. There’s also hours of music from the 60s, 70s, 80s and 90s.

This service has been created by the team at That’s TV which has been available on Freeview for over seven years and is one of the platforms most popular channels.

Speaking about the launch, That’s TV Gold Chief Executive Dan Cass, said: “The demand for nostalgic music and entertainment content has never been higher than it has over the past year.

“We have seen a surge in popularity for music from yesteryear and we are delighted to bring That’s TV Gold to millions of households across the UK to help meet this demand.

“That’s TV Gold will celebrate and commemorate the music, people, popular culture and events of the last 7 decades 7 days a week.”

Sky is renowned for offering endless of hours of content but Freeview is catching up fast. Not only is this service completely subscription-free, but it recently announced that those who tune in can now view more live and on-demand content than ever before.

Freeview Play, which comes pre-installed on most modern Smart TVs and is available to watch via Amazon’s hugely-popular Fire TV Stick devices, not only features 70 live channels but now boasts over 30,000 hours of on-demand telly gathered from streaming services such as iPlayer, ITV Hub, All 4 and My5, to name a few. Freeview says it has boosted its live and streamed content by more than half within the last two years.