Between people putting ghee in their coffee and swapping it in for butter in cooking, it’s safeto say ghee is the new coconut oil.

Maybe it’s thanks to the ongoing keto craze, which encourages adding jumbo-sized dollops and heavy pours of fat to your meals—or the fact that the popular Whole30 program deems ghee a-okay, even though butter is totally off-limits.

I mean, it’s no real surprise that this golden fat has gotten so hot. Both ghee and butter taste totally delicious—and a spoonful of either can elevate an otherwise boring ingredient (like steamed broccoli, scrambled eggs, or whole-wheat toast) to something downright crave-worthy.

Plus, both butter and ghee are versatile and have long shelf lives, so they’re easy to keep handy at all times.

But despite people ditching traditional dairy left and right (and turning to ghee as an alternative), there’s still a ton of confusion out there about what ghee actually is—and whether it’s really healthier than butter.

Here’s what the experts have to say about rich, fragrant ghee—from its potential health benefits to how to use it. 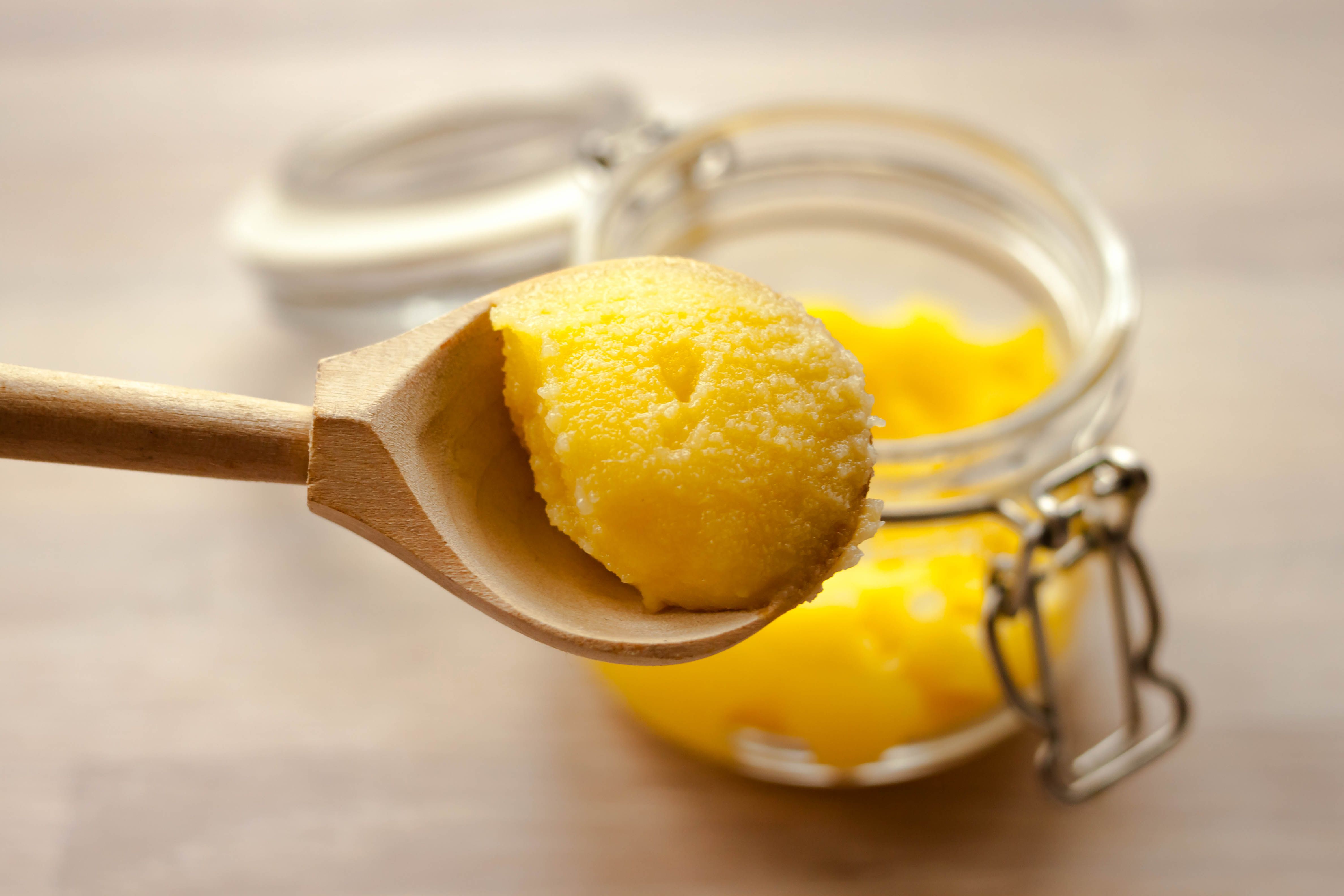 So what is ghee, really?

A longtime staple of Indian cooking, ghee really starts out as butter.

“By definition in the United States, butter must be made from milk or cream and contain at least 80 percent milk fat, which leaves the other 20 percent to be stuff like water and milk solids,” explains Todd Seyfarth, RD, dietitian, chef, and chair of the Department of Nutrition and Dietetics at Johnson & Wales University.

This blend of water and milk solids in milk fat is what gives butter its classically creamy texture.

“With ghee, on the other hand, you concentrate the fat by cooking off everything else,” Seyfarth says. Typically, you melt and heat butter until the water evaporates and the milk solids separate from the fat. Then, you skim the solids off the top.

Ghee is also referred to as “clarified butter,” however, true ghee is typically cooked longer (and sometimes at a higher temperature) and has a more nutty or roasted flavor, says Seyfarth.

In traditional South Asian cooking, ghee is poured over rice and lentils and brushed on other foods, such as bread.

Is ghee healthier than butter?

The short answer here: no.

“Because ghee is an old tradition, some people like to push that it has ‘special properties’ not found in western foods like butter,” Seyfarth says. Healthwise, though, ghee doesn’t have any edge over regular butter.

One big consideration: ghee’s fat content. Both ghee and butter and high in saturated fat, which the Dietary Guidelines for Americans recommend limiting to no more than 10 percent of your total calorie intake to reduce risk of heart disease and other chronic diseases. 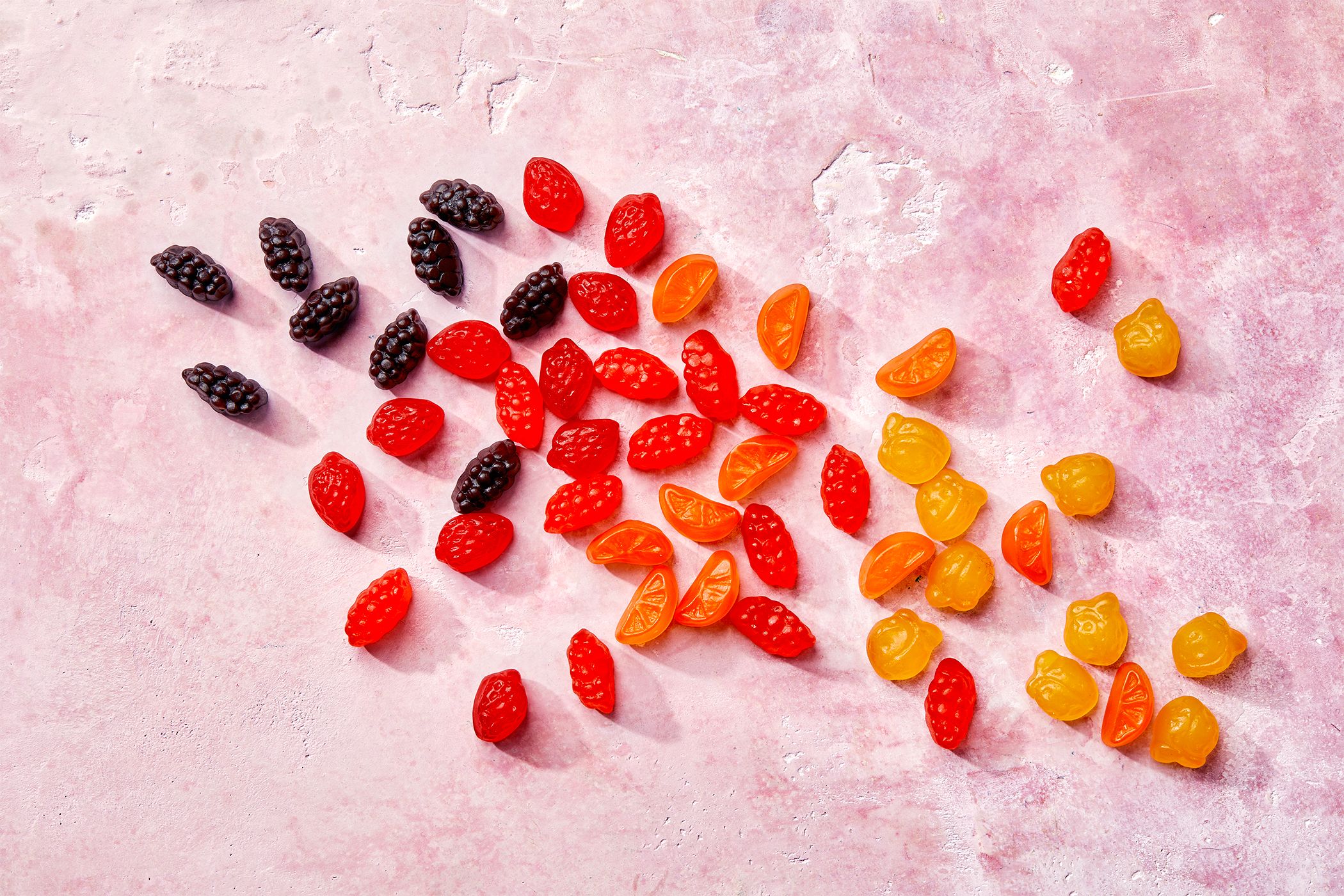 Though some evidence suggests that consuming saturated fat in moderation isn’t the artery-clogging killer experts used to think it was, “many studies demonstrate that too much saturated fat can raise LDL cholesterol levels, and that leads to a higher risk of heart disease,” says Janet Brill, PhD, RD, nutritionist and author of Cholesterol Down.

“A healthy person can enjoy ghee, but it shouldn’t be your go-to fat to cook with or flavor foods with,” Brill says. (Monounsaturated fats, like olive oil, are a better bet here.)

And, of course, like all fats, ghee is high in calories, so be mindful of how much you use, says Seyfarth. 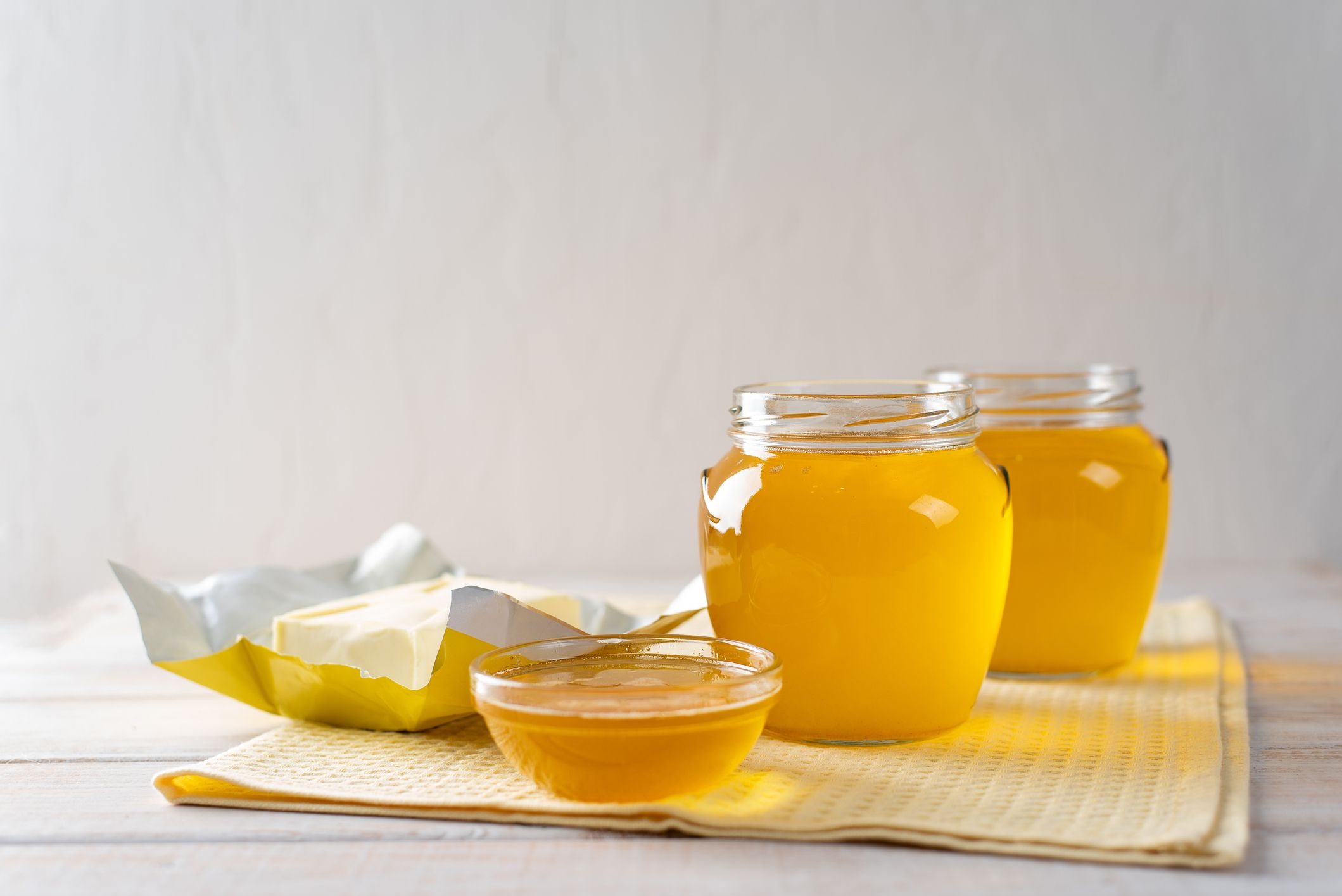 Ghee may be easier to digest than butter, though.

Because butter contains milk solids, it also contains small amounts of lactose (the natural sugar found in dairy, which causes digestive issues for some people).

Ghee, on the other hand, is almost completely lactose-free, Seyfarth says.

If you’re lactose intolerant and butter upsets your stomach (which isn’t always the case, since butter contains little lactose), ghee could be a better bet.

However, since ghee can still contain trace amounts of milk solids, it still isn’t a safe choice for anyone with a full-on milk allergy, says Seyfarth.

How to make ghee at home.

You can find ghee at most supermarkets, but it’s often a little pricey. Luckily, you can make your own from plain old butter pretty easily. Here’s how:

Once you’re finished, store your ghee in an airtight container at room temperature or in the fridge.

How to cook with ghee.

Ghee has a higher smoke point—the temperature to which it can be heated before it starts to smoke and break down—than butter. (Butter’s milk solids make it burn.)

“Butter burns at around 300 degrees, which is not hot enough to properly cook most foods,” Seyfarth says. On the other hand, “clarified butter and ghee smoke at closer to 480 degrees.”

While butter is great for low-heat cooking and baking (or for finishing dishes), ghee is a better choice when you’re working with more heat (think frying or sautéing).

So, should I eat ghee?

Sure, just don’t expect anything more than delicious dining experience. “The evidence is far from conclusive that any high-fat diet or supplemental butter or ghee regime is a miracle cure for anything,” says Seyfarth.

However, there’s no need to fear fat—and, in moderation, ghee (or butter!) can be part of a healthy diet.

“My years in kitchens have taught me that butter and ghee can add a ton of flavor and enjoyment to dishes, so don’t feel guilty about using them from time to time,” Seyfarth says.

The bottom line: Ghee isn’t a health food, but it can absolutely be part of a healthy diet.

Tags: benefits of ghe, ghee benefits
You may also like
Celebrities News