Scientists feared when Steamboat Geyser suddenly erupted – spewing steam, mud, sand and rocks into the air – that it could be a sign of volcanic activity beneath Yellowstone. Following a three-and-a-half-year nap, the dormant geyser erupted 32 times in 2018, a record-breaking 48 times in 2019 and another 48 times in 2020. But a new study, published in the journal Proceedings of the National Academy of Sciences, concludes that Steamboat’s frequent activity does not foretell a volcanic blast.

Yellowstone’s supervolcano has not had a major eruption in 70,000 years, but scientists are constantly looking for hints of when the next “big one” may occur.

And while Steamboat Geyser has sprung back to life, scientists concluded that its sudden activity did not come along with the underground magma movement often seen before a volcanic eruption.

Study author Michael Manga said: “We didn’t find any evidence that there is a big [volcanic] eruption coming.” 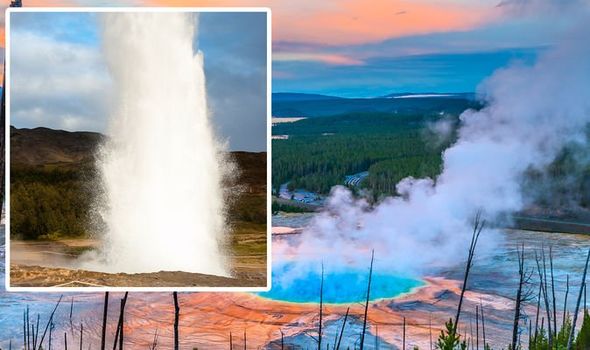 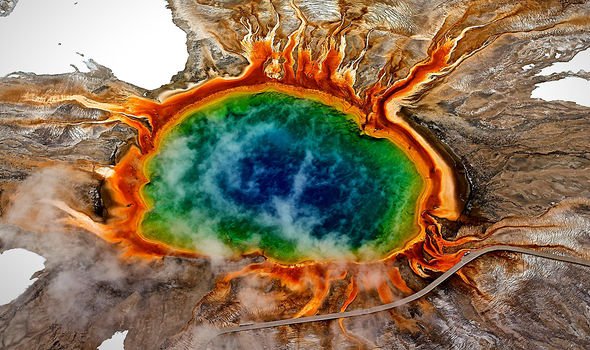 He said: “The Yellowstone system is composed of multiple magma chambers. We have this mantle melting anomaly deep beneath the surface.

“But there’s a couple of magma chambers that this melting anomaly feeds.

“One is quite deep, 15 miles or so beneath the surface, and it’s full of very low viscosity magma called basalt.

“That’s the kind of thing that erupts from Hawaii, low viscosity, it flows very easily.

“In turn, that basaltic magma body feeds a higher-level reservoir of rhyolite – a sticky magma, prone to be more explosive, and this sits about three miles beneath the surface in parts of Yellowstone.” 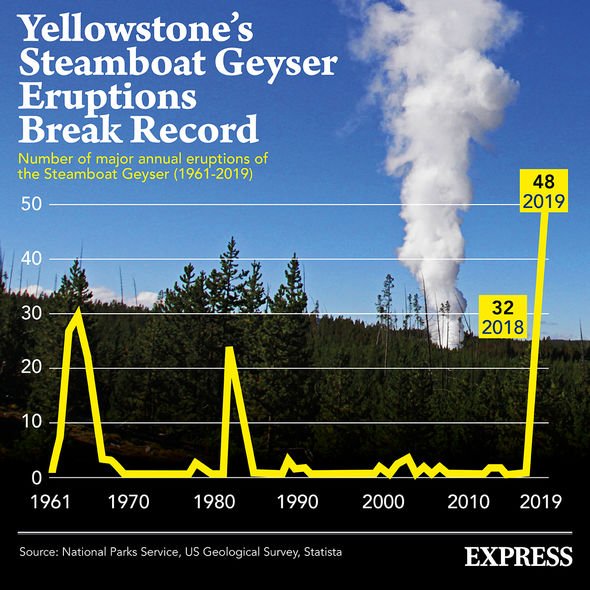 But Dr Poland went on to explain why these chambers are not thought to be full of molten rock.

He added: “But don’t think of these as gigantic magma bodies that are just full of roiling, boiling liquid material.

“It’s a mushy plastic-y zone with little bits of melt in the middle.

“That’s what the Yellowstone magma system looks like, and this is what drives the hazards in the region.” 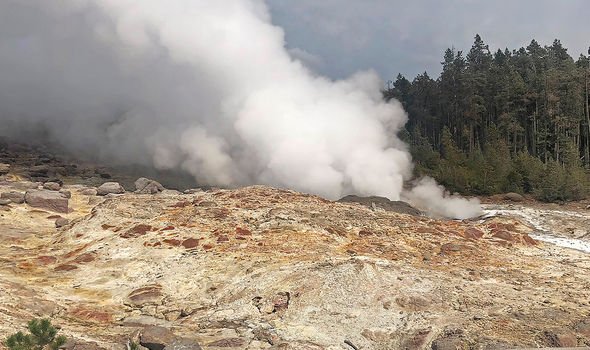 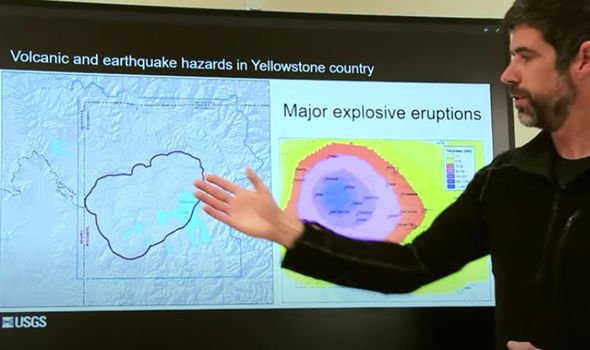 Yesterday a 3.2 magnitude earthquake rocked Yellowstone National Park with reports of “rumbling” posted online by members of the public.

Tectonic earthquakes are among the most powerful natural phenomena on the planet and have long been thought to trigger volcanic eruptions.

The USGS believes that sometimes earthquakes can trigger volcanic activity, through severe ground shaking, or their ability to otherwise change the local pressure surrounding the magmatic source nearby.

But they stress the triggering mechanisms for such events are not well understood, and papers linking quakes to later eruptions can really only speculate.

They also believe the timing could just be a coincidence and are keen to study them further to learn more.

Tags: autoplay_vid, ctp_video, science
You may also like
Celebrities News