The Yellowstone Supervolcano is located at the Yellowstone National Park, in Wyoming, and is one of 20 other supervolcanoes across the world, including the large caldera volcanoes of Japan, Indonesia, and South America. Scientist do not know when Yellowstone will erupt as it is currently recharging while its magma chambers fill with molten rock from the Earth’s mantle, the subsurface layer beneath the crust. The reawakening of the volcano would be devastating for the US as it is predicted at least 87,000 people would be killed immediately and two-thirds the US would be destroyed.

There is no evidence an eruption of any size is due any time soon.

But Bill McGuire, Professor of Geophysical and Climate Hazards at UCL, warned that if there was an eruption, the whole world could be affected as global temperatures would plummet.

He told Express.co.uk: “Yellowstone is no more likely to erupt in 2021 than 2020, or any other year for that matter.

“Even if it does erupt, the eruption could be smaller than ‘super’. 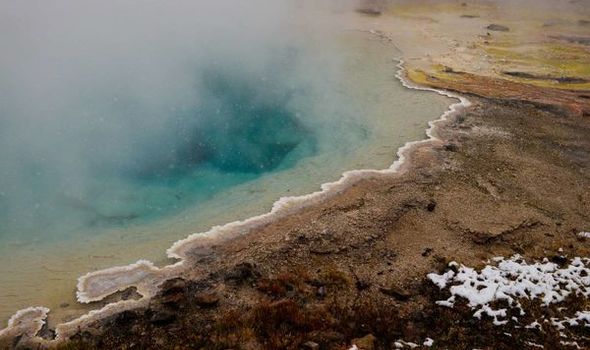 “Global temperatures would plummet for a number of years, counteracting global heating for a time.

“Harvests would fail on a massive scale, while famine and resulting civil strife would test the limits of civilisation.”

The Yellowstone Caldera was formed after three super eruptions took place over the past 2.1 million years. 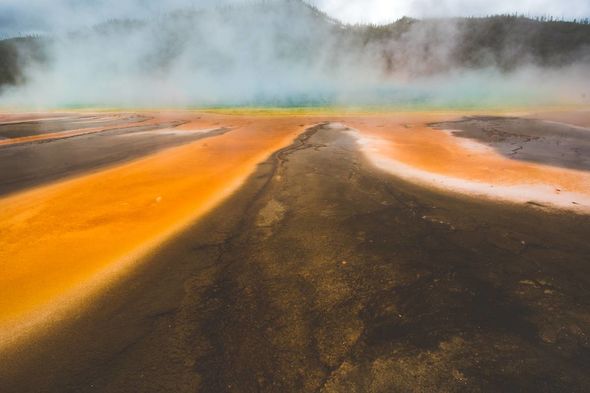 These created the Yellowstone Caldera and the Lava Creek Tuff.

An eruption from Yellowstone could be 6,000 times as powerful as the one from Mount St Helens, in Washington, in 1980.

This killed 57 people and shot ash in 11 different states, as well as five Canadian provinces. 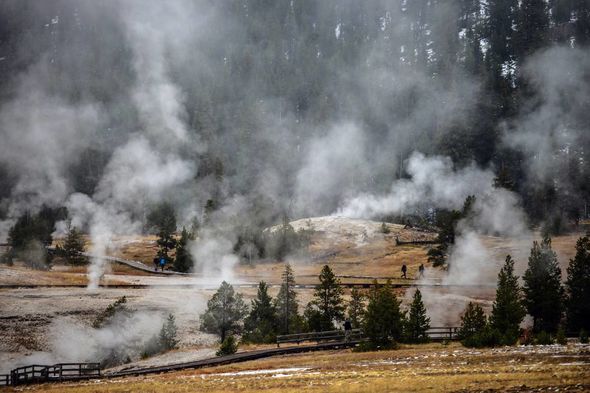 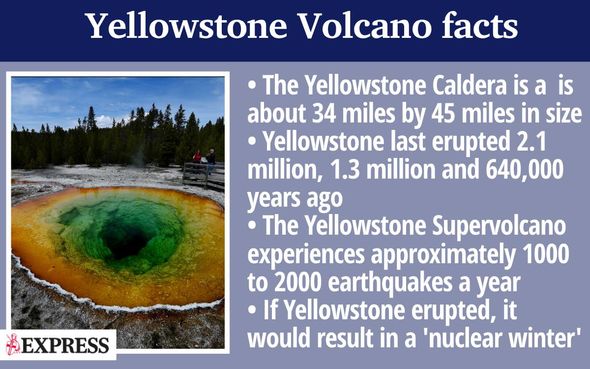 They monitor Yellowstone for signs of volcanic activity by using seismographs, which detect earthquakes, and GPS to detect ground motion.

Mr McGuire explained Yellowstone is not a cause for concern as at least fifty other volcanoes could erupt instead in 2021. 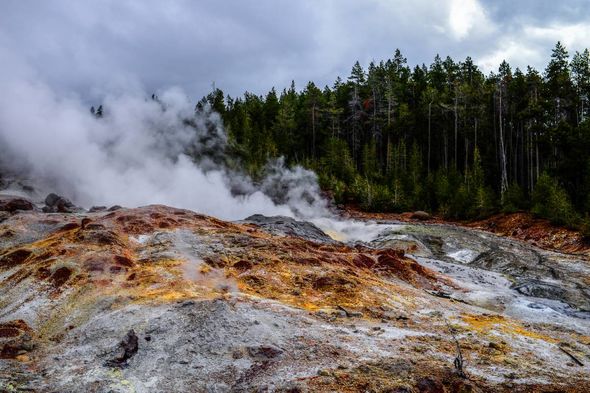 He added: “As a volcanologist, it would be great for me if we were seeing an increase in volcanic activity.

“Sadly, the current activity, while eye-catching and news-worthy, is not outside the bounds of normal behaviour.

“Around fifty volcanoes are in eruption every year.

“Some, like Hawaii’s Kilauea, are in almost constant eruption, while others may be erupting for the first time in decades or even centuries.”