Women in Mexico, angry over growing gender violence, are taking unprecedented measures — like a national strike — but things may well get worse before they get better. 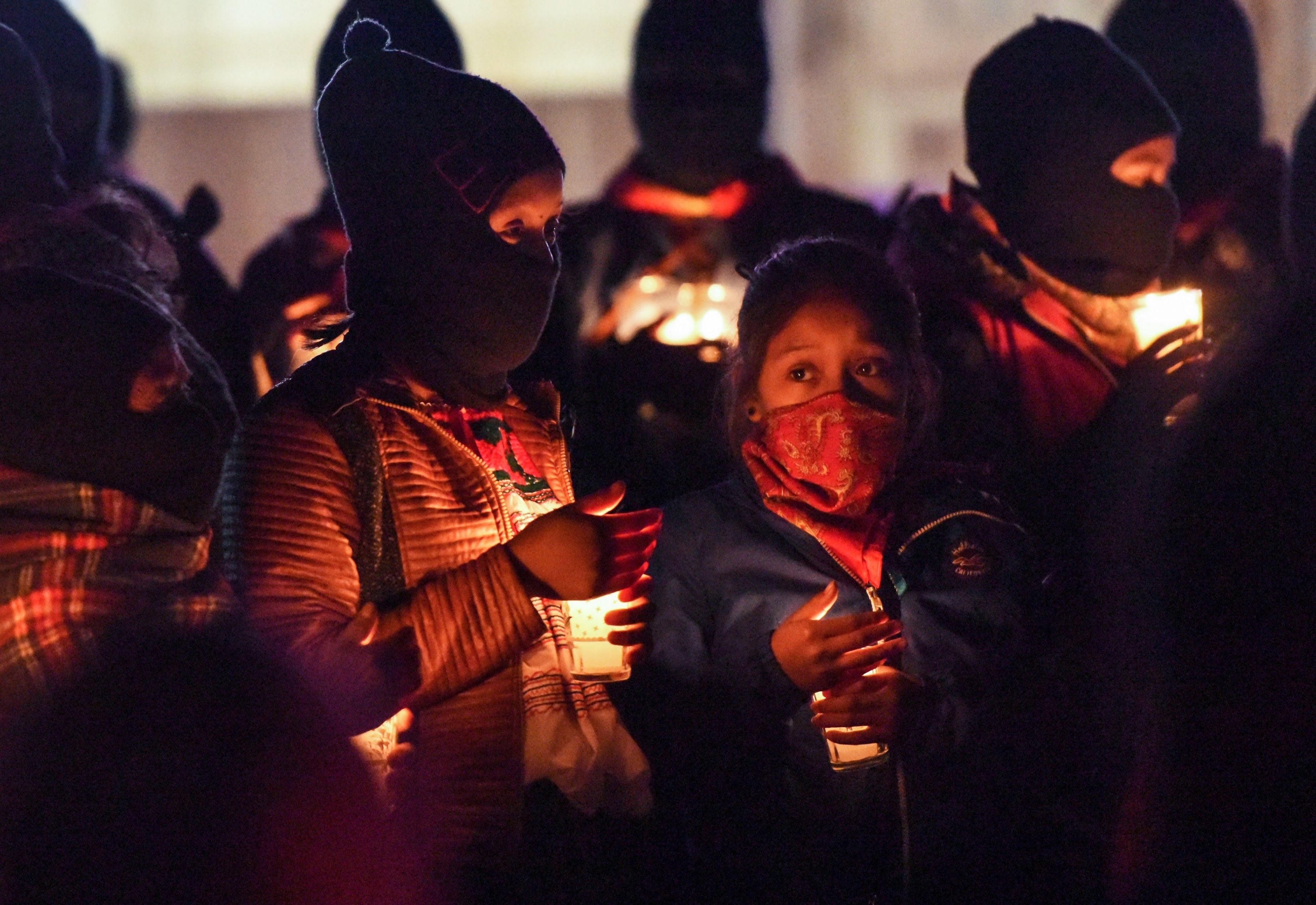 MEXICO CITY — On Sunday, they marched down the city’s main thoroughfare and swelled into its central square, screaming for justice.

On Monday, thousands of them had vanished from Mexico City, their presence in subways, supermarkets, and around school campuses only a sliver of its usual number.

The unprecedented strike came amid a growing number of femicides, or hate killings of women. Two high-profile cases last month — a woman who was disemboweled by her partner with a kitchen knife and a seven-year-old girl who was kidnapped and killed — outraged Mexican women, prompting an extraordinary day of reckoning for the country of 120 million people.

Women’s-only subway cars were nearly empty during morning rush hour. Some banks and health food stores were closed, with signs announcing support for the strike posted on the doors. At a bookstore near the historic center of the capital, none of the 10 female employees had gone in to work — and their male counterparts said they were content picking up the slack. “It’s necessary for machistas to take a moment to become aware of their actions,” said Ricardo Hernández, 21, an employee of the Gandhi bookstore. 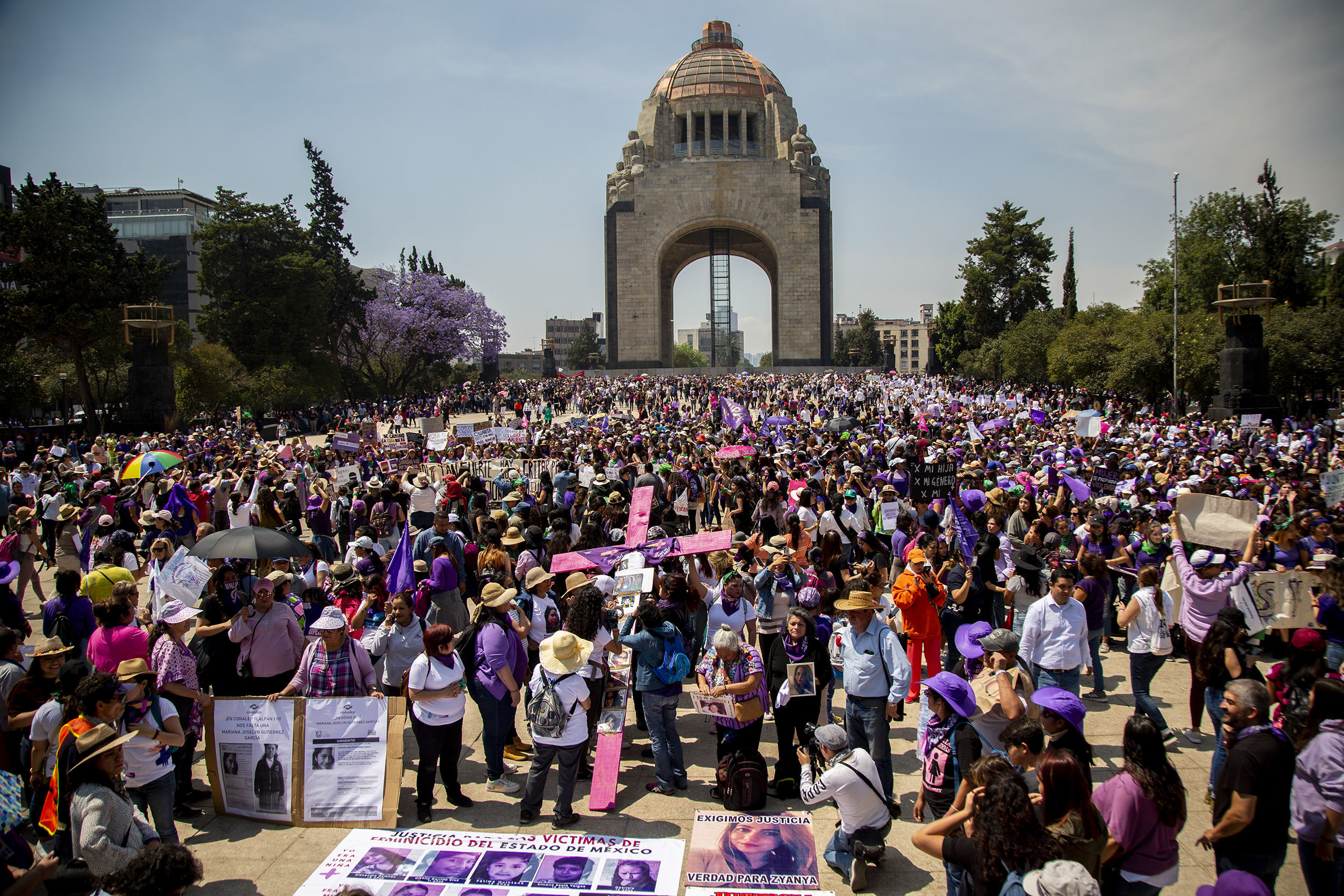 The Universidad Iberoamericana, a private university, hosted a series of conferences on the importance of women in the economy and the “deconstruction of masculinity” — for male students.

At a Hilton Hotel, male employees wore purple ribbons on their suit jackets in support of the strike. The hashtag #UnDiaSinMujeres, or A Day Without Women, trended on Twitter all morning.

The Universidad de las Américas Puebla tweeted photos of empty desks with notes saying: “My life is worth as much as yours!,” “We want us alive, we want equality!,” and “Equality should be the rule, not the exception!”

The movement posed a monumental challenge to President Andrés Manuel López Obrador, who failed to understand its magnitude, calling it instead an effort by his political opponents to tarnish his deteriorating image. López Obrador’s approval rating fell more than 11 points between February 2019 and last month, according to the pollster Consulta Mitofsky.

As women’s anger has risen, so have his administration’s missteps. The head of Mexico’s Public Administration Secretary, Irma Sandoval, suggested women should strike outdoors instead of at home, where they might “be tempted to wash dishes.” During a morning press conference last week, a female reporter asked López Obrador to protect her against a male colleague who had told her he wished she was gunned down.

“We’d have to hear your colleagues’ version,” López Obrador responded. “Why not forgive each other?”

Twitter user @NathalieNash uploaded photos of empty chairs with messages from teachers who went on strike on Monday: “I didn’t come because I’m tired of walking full of fear, and I don’t want my female students to go through the same thing. I want a Mexico where they are well and safe” and “I didn’t come because I don’t want my students and daughter to be assaulted, humiliated and beaten.”

Femicides rose nearly 10% between 2018 and 2019, according to government data. Growing anger amongst women hit a peak last month, after photographs of Ingrid Escamilla’s mutilated body were splashed on tabloid covers. Escamilla, 25, had been skinned by the man she lived with. Days later, the body of Fátima Aldrighett, seven, was discovered inside a plastic bag. She had been abducted outside her school, sexually assaulted and killed.

A call to disappear from public spaces by a group of women in Veracruz State called Las Brujas del Mar after the two murders quickly gained traction, and many in the public, private and financial sectors threw their support behind it. A number of multinationals, big corporations and banks announced they wouldn’t punish female employees who wished to join the strike.

Celebrities and politicians magnified the movement, which is beginning to mirror that of Argentina’s feminist wave, the most powerful in Latin America. “Women are rebelling, men don’t know what to do,” sang a group of female artists, led by Julieta Venegas, during the Spotify Awards in Mexico City last week.

In the end, not all women who wanted to participate in the strike did — or even could afford to. Verónica Lozano, a waitress at the chain restaurant Sanborns, where all the servers are women, said that while she wouldn’t have had her pay docked if she had decided to go on strike, her household is dependent on the tips she brings home. In a country where the daily minimum wage is under $7, striking for many women was a luxury.

A police officer directing traffic near the famed Bellas Artes museum, said her supervisor had warned women officers not to skip work. She did not want to reveal her name for fear of repercussions.

The strike was estimated to cost the Mexican economy $1.37 billion, according to Concanaco Servytur, a national business group.

While many are hailing this as a turning point in Mexico, with women’s voices at last being heard above the constant noise of other entrenched problems, like official corruption and drug violence, others are worried that it will prompt a backlash.

Mexico City’s cyber police said it had verified threats of acid attacks against feminist leaders who planned to attend the march on Sunday, the day before the national strike, on social media.

In the end, there were no reports of such attacks. The march drew hundreds of thousands of women from all ages, political leanings and classes. As the sun beat down on the Zocalo, Mexico City’s main square, and a sea of protesters streamed in, Aida Bonilla looked for shade. It was the first time Bonilla, 85, had ever attended a demonstration. “We have to be strong and fight back against everything happening around us,” she said.

Men also joined the march, holding up signs and photographs of missing or dead relatives. Others who haven’t been directly affected by femicides said that violence in Mexico has reached unthinkable levels and they wanted to come out and protest.

Still, it appeared that men were already pushing back against the idea of female empowerment, said Mónica Herrerías, a psychologist, lawyer and activist who has been documenting sex crimes in Mexico for 25 years. During recent attacks, assailants had used phrases like “you thought you were so badass, huh?” according to women she had spoken with, said Herrerías. She expects reports of domestic violence to rise in the coming days, especially by women who join Monday’s strike, which includes a call to not do housework.

“We already know what we’ll be dealing with on the 10th.” 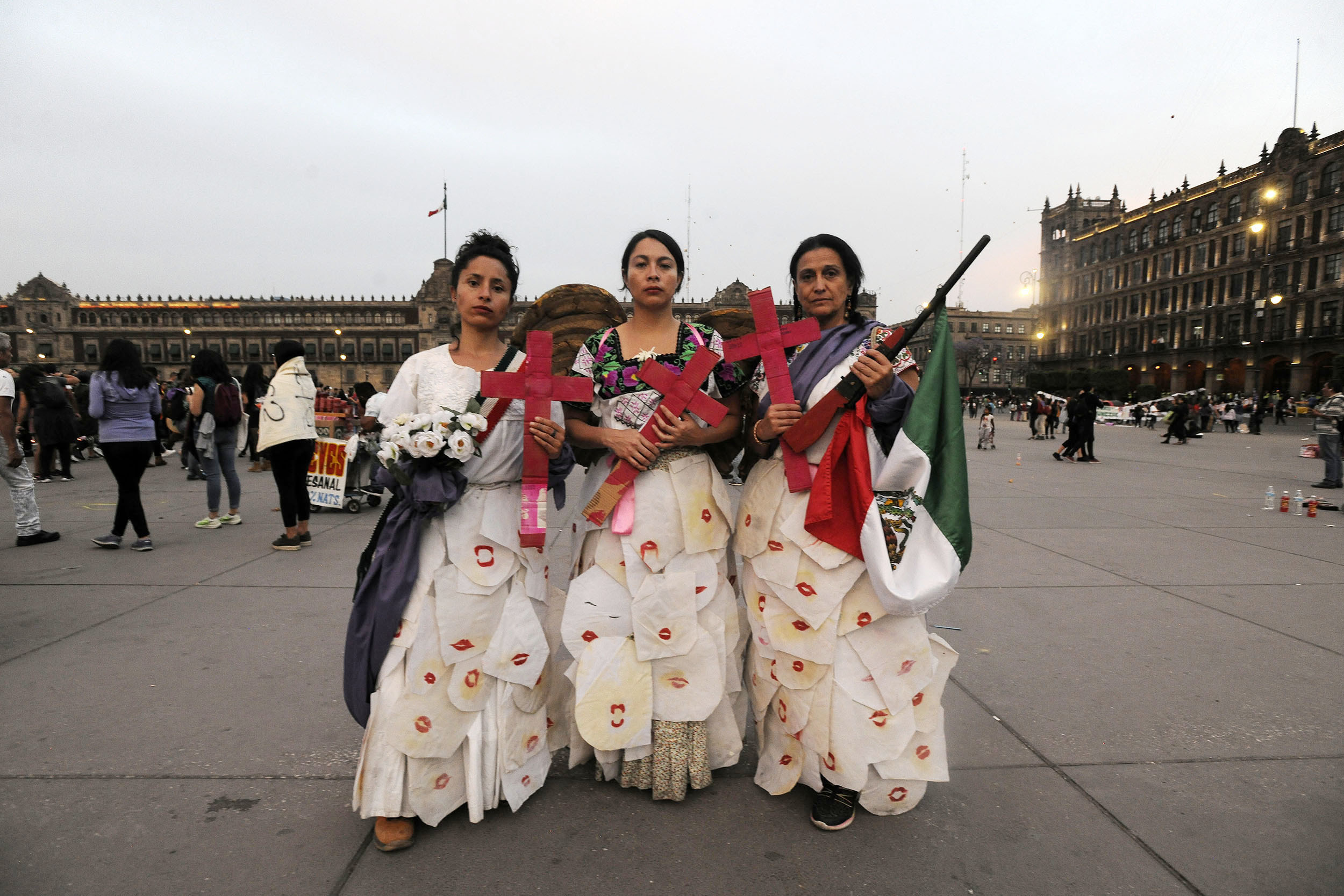 Tags: Are, Going, in, Mexico, on, s, WOMEN
You may also like
Celebrities News