A woman who found a new lease of life after a kidney and pancreas transplant has revealed how she was inspired to transform her physique, and is now taking party in bikini fitness contests in her 60s.

In 2019, Julia Olson, from Georgia, 64, embarked on a new fitness regime and when she started working with a coach, he encouraged her to consider a bikini contest.

After training and dieting to shred all her body fat, Julia has taken to the stage twice to showcase her hard work and incredible physique.

‘I am so happy I did because it was such an amazing experience,’ she said.

‘Getting glammed up and walking on the stage in my incredible bikini after all my hard work was so empowering. 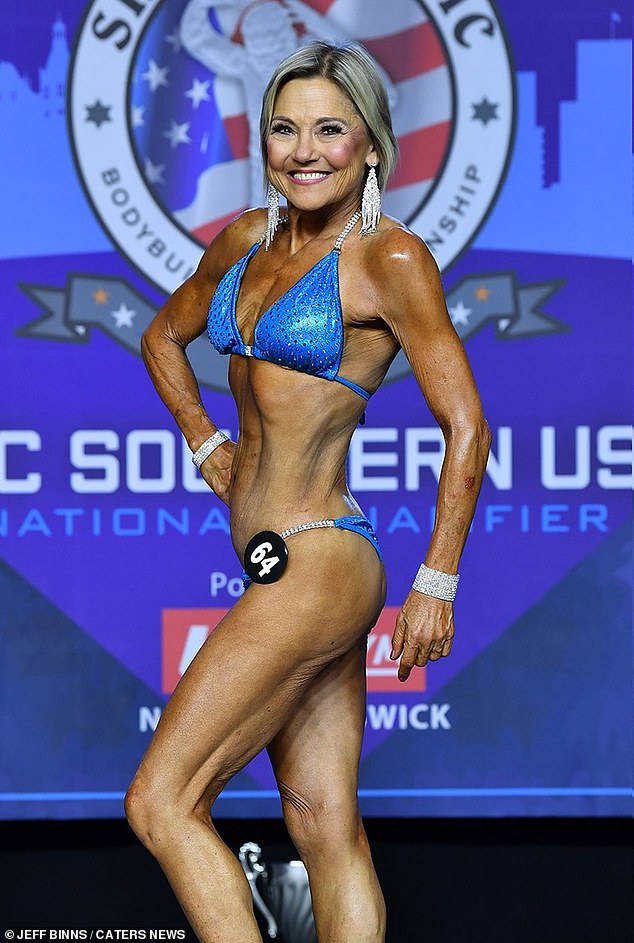 Julia Olson, from Georgia, pictured on stage at a bikini competition, decided to put herself through a gruelling regime to become a bodybuilder at the age of 64 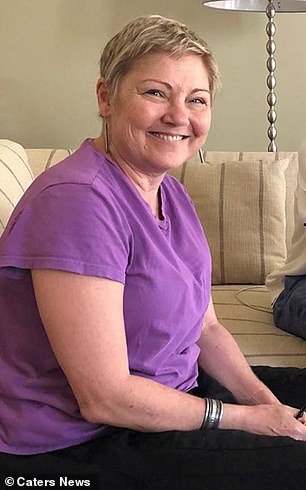 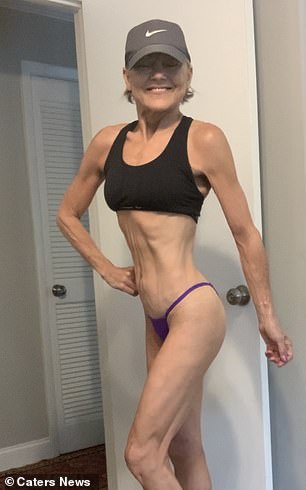 Julia, pictured left before her transformation, decided she wanted to get fit and healthy after a kidney and pancreas transplant. Right: The 64-year-old practicing her posing after her fitness coach suggested she enter a bikini competition

Recalling how her transformation started, Julia said: ‘I started really working on myself in April 2019. I wanted to get fit and healthy so I started a fitness program and eventually started working with a coach.

‘He was the one that suggested to me that I should compete in a bikini competition.

‘I thought it was a crazy idea. I didn’t believe I could do such a thing, especially in my 60s.

‘But he was so confident in me and I thought “why not?”. I decided to give it a go. 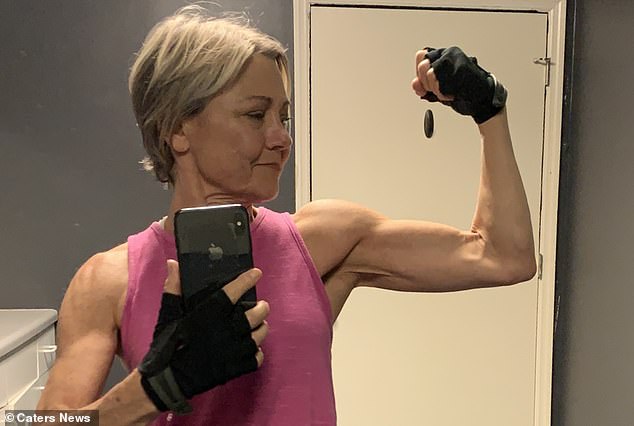 The fitness fan showing off her muscles. She said that she’s keen to inspire other women of the same age, by showing them it’s never too late to transform your physique 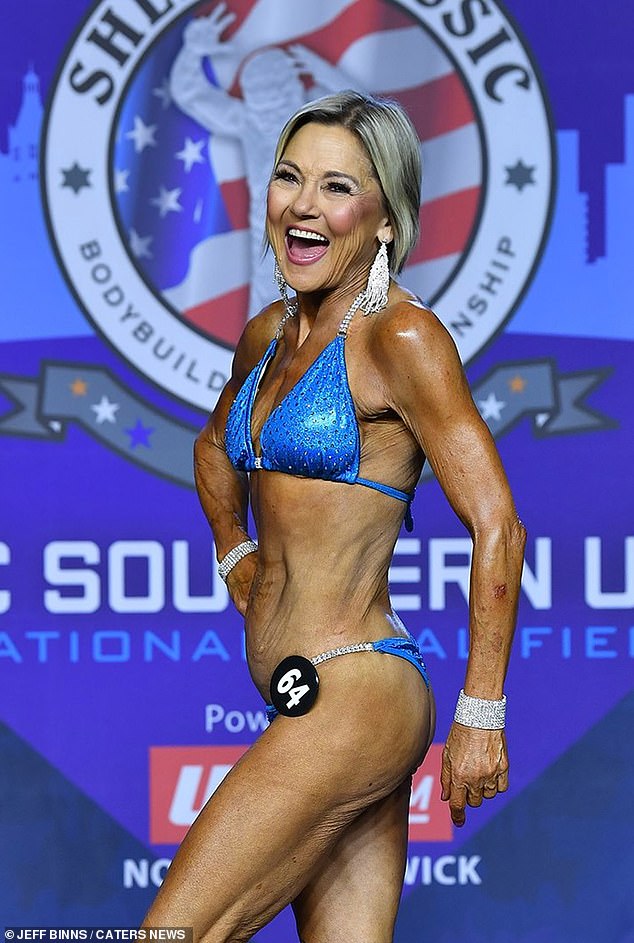 Julia, on stage at a bikini contest, said that her new interest gave her a fresh lease of life and made her feel like she was thriving and not just surviving 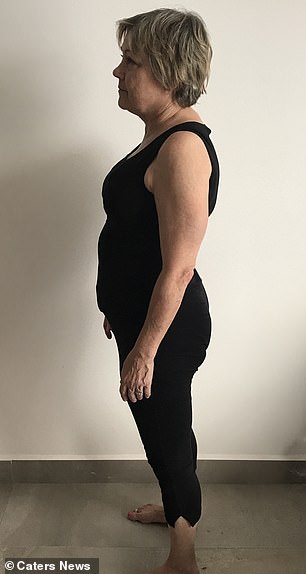 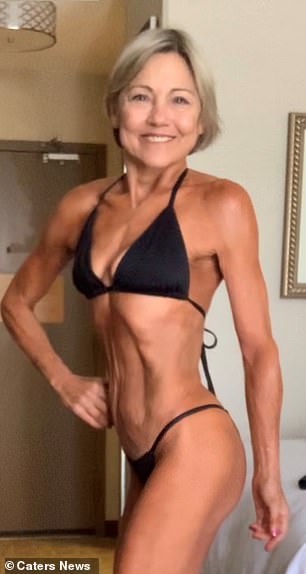 Side profile of Julia before she took up exercise and started working out with a coach (left). Now (right) when prepping for a contest, she trains five days a week and completes cardio every day while on a macro-based diet

‘It gave me a new lease of life. I realised I am not just surviving anymore, I am thriving.

‘I want to inspire other women and show them that life isn’t over as we get older and it’s never too late to do something.

‘I never could have imagined myself taking part in a bikini competition at the age of 64, but look at me now.’

Before transforming her body, Julia didn’t recognise herself when she saw photographs of herself and decided she needed to do something about it.

Julia underwent a double organ transplant at the age of 34 for one of her kidneys and her pancreas as a result of complications brought on by her Type 1 diabetes. 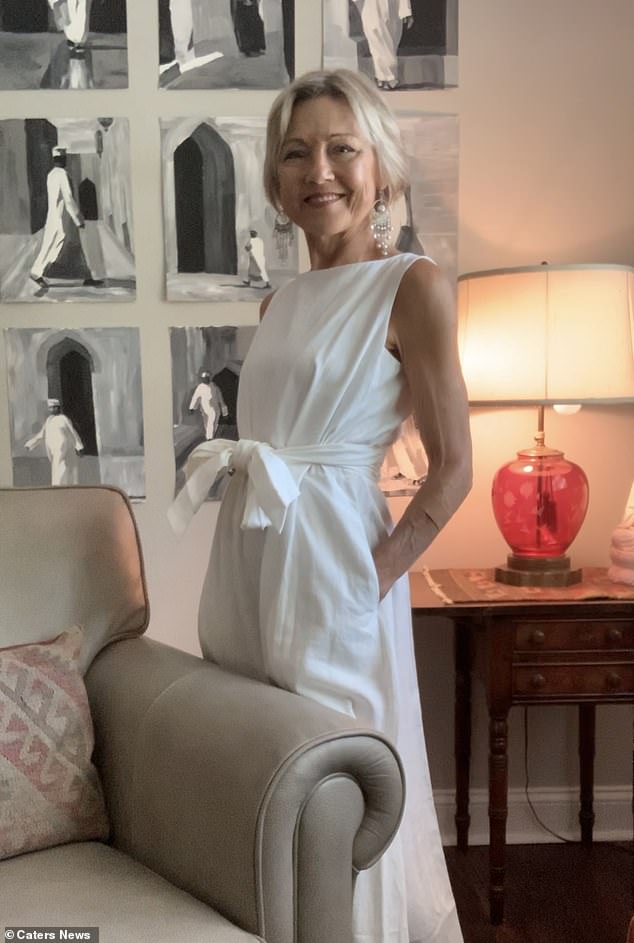 Julia, pictured since her transformation, said that her goals were to feel strong, get lean and have lots of energy 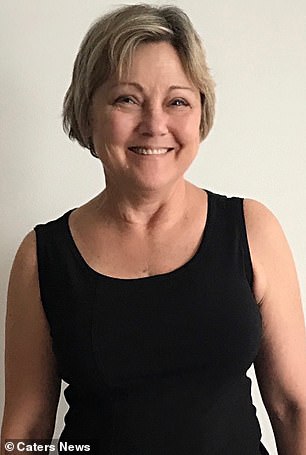 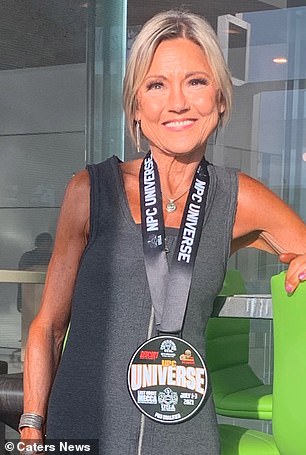 Julia, before her transformation, had suffered years of ill healthy due to diabetes (left). Right: Julia with her award after competing in a bodybuilding contest

She says that her kidneys failed, she had neuropathy, retinopathy – beginning blindness- and heart disease all due to the diabetes.

The transplant gave her a working kidney and cured the diabetes with the pancreas.

She wanted to start taking care of herself and her body again so kickstarted her fitness journey.

After deciding to take the plunge and committing to bodybuilding for a bikini competition, Julia got herself an online couch to guide her through the process. 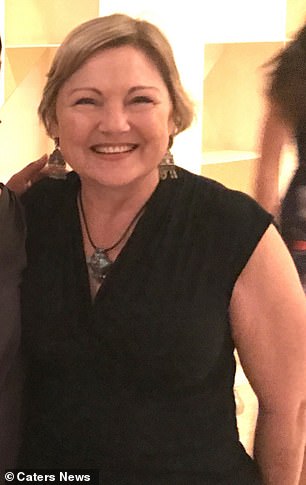 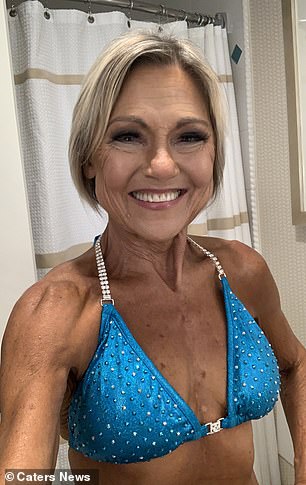 Julia, pictured before her transformation, wanted to start looking after herself after a kidney and pancreas transplant gave her a new lease of life (left). The professor of fashion said she loves getting glammed up with fake tan to go on stage in bikini fitness contests (right)

She said: ‘Prepping for the competition was really raising the bar. It wasn’t going to be easy and I knew I was going to have to deeply commit.

‘The prep was intense. I had to train five days a week and complete cardio every day while on a macro-based diet which was continually getting cut to get rid of anybody fat to reveal the muscles.

‘I had to send videos to my couch after every single meal so she could check everything was going as planned.

‘I had days when I felt depleted, but it was only about ten per cent of the time because I was just so excited and happy to be doing this. 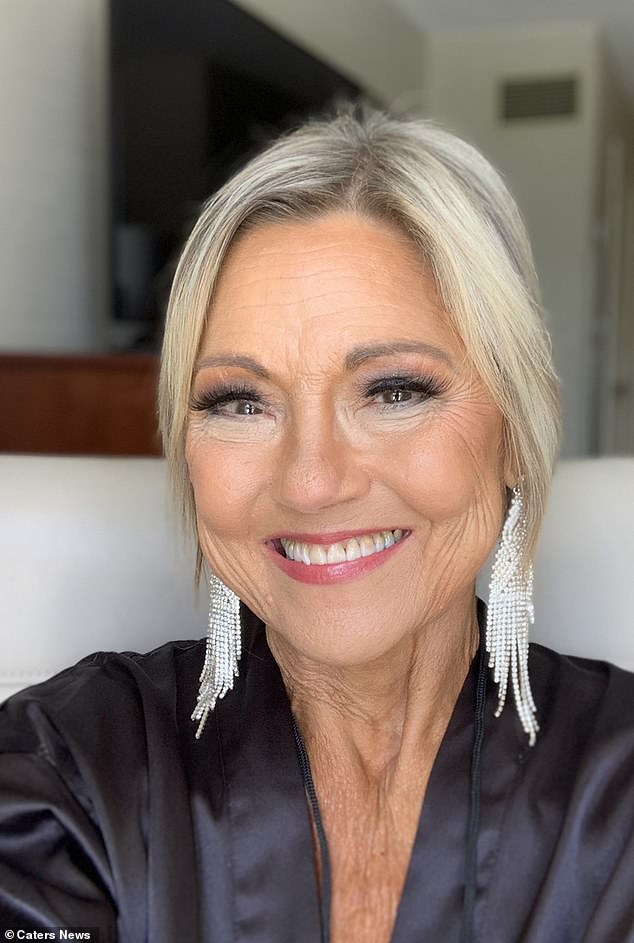 Julia after having her hair and make up done for the competition. She said: ‘I never thought I would be doing something like this at my age. I loved getting glammed up to go on stage.’

‘I was really proud of myself. I had no nerves or anxiety, I was just happy and confident.’

Julia says that becoming a bodybuilder has given her a new lease of life and helped her feel amazing.

Her goals were to feel strong, get lean and have lots of energy.

Julia, a professor of fashion design, added: ‘I never thought I would be doing something like this at my age.

‘I loved getting glammed up to go on stage.

‘Having the spray tan, and then getting my hair and makeup done, and completing the look with my beautiful swimsuit. It all looked great together and made me feel so confident.

‘It was the peak of my whole journey and I got to really show off all of the hard work that I have been doing over the last two and a half years.

‘It felt amazing to be among and like I belong in the fitness community.

‘Other people at the competition didn’t believe me when I told them how old I was.

‘And younger women were telling me that they were inspired by me and hoped they’d look like me when they get to 64.

‘I definitely hope to compete more in the future. I had to get really thin for the competition so I am now in the stage of reverse dieting and still training hard to build more muscle so that I can look even better next time.

Tags: 64, A, at, Bodybuilder, Is, woman
You may also like
Celebrities News