Netflix’s hit teen drama Elite is known for its shocking twists and cliffhanger endings, but Season 3 may have ended with the biggest surprise of all. Moving forward, fans are expecting the show to look very different, and the question on everyone’s mind is the same: Will Elite Season 4 have a new cast? The finale certainly seemed to put a cap on everyone’s story, and some outlets are already reporting that a new crop of students will take the lead in a reported fourth season.

Spoiler alert: This post contains spoilers from the Elite Season 3 finale. The most surprising part about Elite‘s third season finale is that it was a happy ending for pretty much everyone, which is not the way the murder-filled series usually goes. It also put the future of the series in question, as lead characters Nadia and Lucrecia flew off to New York with a scholarship to Columbia University and Carla also left Las Encinas to study abroad, appointing Valerio to be in charge of her family’s wineries. Oh, and Polo ended up dead, finally putting an end to the whole drama surrounding his killing of Marina.

The final scene of the season showed the only students left at Las Encinas: Sam, Guzmán, Rebeca, Ander, and Omar are all repeating their senior year after failing to graduate — Sam, Guzmán, and Rebeca were all expelled for their fights with Polo and drug dealing, while Ander and Omar fell behind on their studies due to Ander’s leukemia diagnosis. Cayetana is also revealed to be back at Las Encinas, but as a janitor rather than a student. 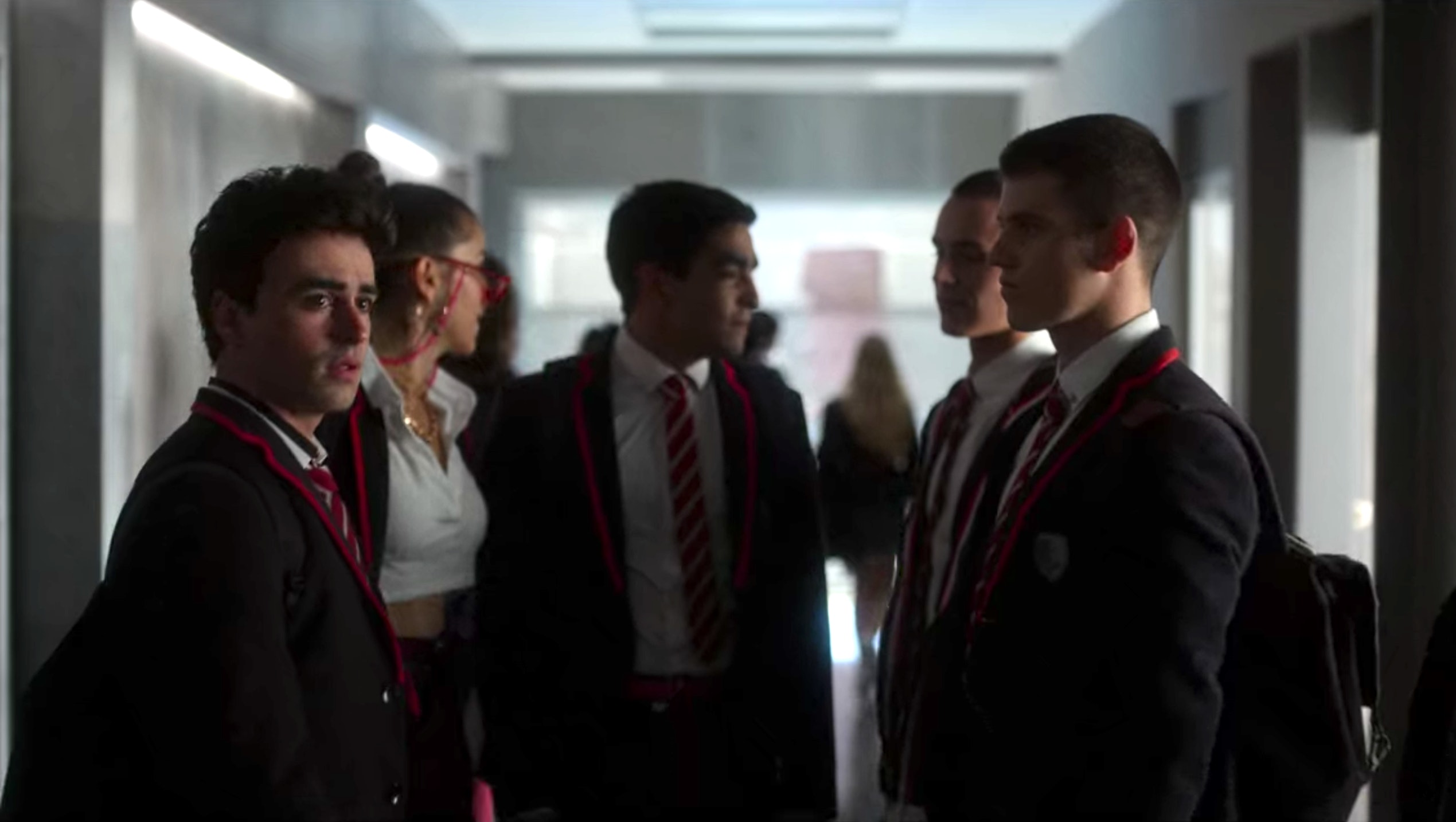 With a large chunk of the characters now gone from Las Encinas and Polo officially out of the way, it sure seems like everything has settled down for all the Elite characters. With their storylines wrapped up nicely, it looks like the show may move on to a new batch of students for its future seasons.

The Spanish news site Fuera de Series reported that the show’s main cast will not continue into Season 4, which makes sense given how Season 3 ended. While Netflix has yet to officially confirm if Elite has been renewed or not, the site reported that not only is Season 4 coming but Season 5 has also been greenlit. The reported new seasons will refocus the series on a brand new cast, in a style similar to the 2007 U.K. teen series Skins, which switched up its main cast to new characters after a few seasons each.

If future seasons really do switch up the main cast, that does not necessarily mean that the characters fans have grown to love will be gone for good. After all, Sam, Guzmán, Rebeca, Ander, Omar, and Cayetana are all still at Las Encinas, so they could still pop up. Fans will just have to wait to see if Netflix makes an official announcement about Season 4 soon, because it sounds like the new season is going to change everything.

Tags: Netflix, slug
You may also like
Celebrities News