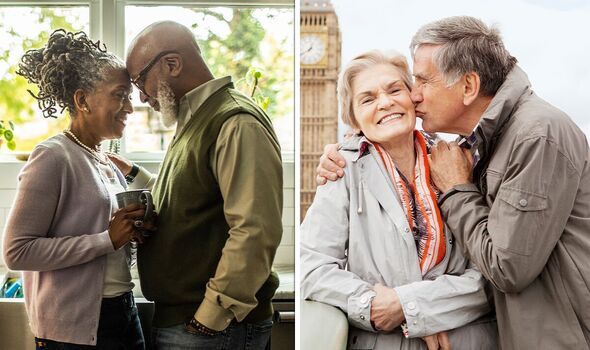 While dating and attending various widow meetups simultaneously, Nicky saw that there was a gap in the market for a “safe and supportive community of widows and widowers who are ready to move forward”. That’s how Nicky described Chapter 2, which she launched in November 2022.

Nicky was inspired to create Chapter 2 after hearing the experiences of others, as well as living through her own. She told Express.co.uk: “I was widowed in March 2020 after I lost my beloved husband after a long illness.

“Meanwhile, I was attending lots of widow meetups and was overwhelmed by how accepting, understanding and supportive the widow community is and I thought there has to be a better way, I had a lightbulb moment where I thought of Chapter 2.

“Chapter Two is a phrase that is widely used in the widow community to describe the next relationship, it’s an emotional shorthand so the name works perfectly to explain the website and community.”

The 51-year-old, who lives in Rawtenstall, Greater Manchester, explained that the app is aimed at “widows and widowers of any age”. She continued: “We class anyone who has lost a spouse or a significant other as a widow, we welcome everyone regardless of their marital status and sexuality, we are building a community of people who understand and get it.”

The “getting it” part is hugely important as not everyone will understand the guilt a widow or widower feels when they start dating again.

Even Nicky admitted she felt “conflicted” when she started to download dating apps again months after her husband died. “I still love my late husband but I need to navigate a way forward,” she said.

According to research conducted by Chapter 2, widows and widowers start dating again two years and seven months, on average, after their partner’s death. Three in five widows said they feel they waited the right amount of time to begin dating again.

Three in five, or 61 percent, also agreed it is better to date someone in the same situation as them, while 41 percent said they prefer it.

Although dating as a widow or a widower can be difficult, people naturally have a desire for companionship and romantic love.

Nicky stressed that older people feel this desire just as much as young people. She continued: “I believe older people definitely feel lonelier than young people – they may not be as social media savvy or have the wide circle of friends that younger people do, so lack that connection be it friendships or relationships.”

Although purely coincidental that the app was launched in winter, Nicky highlighted that the colder months “exacerbate this feeling of loneliness – dark, cold nights are hard”.

“Online friendships and relationships can be hugely helpful in reducing the feelings of loneliness and isolation,” she added.

“And at the end of the day, I totally believe our late partners would not want us to be sad and lonely. We all deserve to find joy.”

Nicky not only knew exactly how it felt to be looking for love as a widow, she was also a dating app expert. She first used online dating in January 2002 and, months later, she met her late husband.

“We were early adopters of technology,” Nicky said, explaining that it was through the then popular website Datingdirect.com that they found each other.

This time around, the online world was different. As a widow, Nicky tried Tinder, Hinge, and Bumble. “I had lots of fun dates, some terrible ones, way too many d**k pics, and way too many married men,” she recalled.

“So many guys were looking for hookups while I was looking for my Chapter Two. As a widow on mainstream apps finding your next partner who understands and gets it is like finding a needle in a haystack – you need to kiss a lot of frogs to find The One.”

Nicky did finally meet her prince. “We’ve been together about six weeks,” she said.

“It’s been a bit of a whirlwind but I’m feeling happier than I’ve felt in years and I have hope for my future.”