Not so NSFW! Phoebe Dynevor and Regé-Jean Page‘s chemistry quickly captured the hearts of Bridgerton viewers worldwide — but the steamy scenes held more significant meaning for the twosome.

‘Bridgerton’ Cast: What Rege-Jean, Phoebe and More Look Like in Real Life

“There are a lot of differences between me and Daphne but I think she values family, which I also value, and at a time when women had only one option, she was as determined to make that happen as I am in my career I guess, and I think that was sort of my way into Daphne,” Dynevor, 26, explained during a recent Deadline panel alongside costar Nicola Coughlan and showrunner Chris Van Dusen.

Though she wasn’t familiar with Julia Quinn‘s series of novels before working on the major Netflix hit, it didn’t take long for the Younger star to fall for her character. 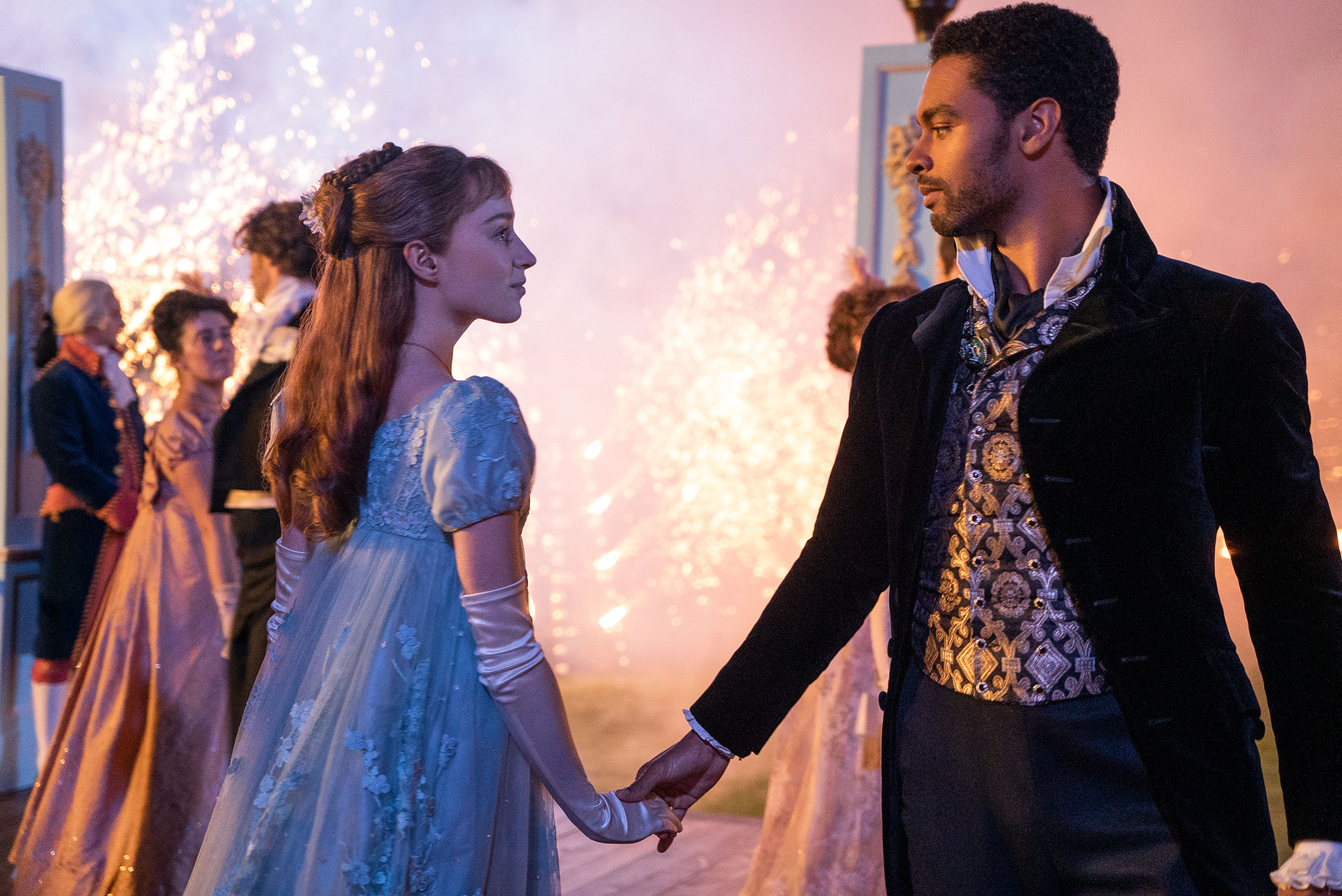 “I admired her more because she made it happen but she called the shots, and she also found love,” the British actress continued. “Their sexual evolution was very important to the story line and something me, Chris, Regé and everyone involved really wanted to tell truthfully and in a way that was safe for everyone.”

Dynevor and Page, 31, played Daphne Bridgerton and Simon Basset, respectively, in season 1 of the Shondaland series, which hit Netflix in December 2020. While the Duke of Hastings initially has no interest in finding a wife when he returns to London, he’s drawn to Daphne, and the pair end the season happily married with a child.

Fans couldn’t get enough of the duo’s onscreen connection, which progressed from stolen glances to racy sex scenes. The production used the expertise of an intimacy coordinator to guide the actors through the process.

“It was so great, because it felt safe and fun: you choreograph it like a stunt or a dance. It’s crazy to me that that hasn’t been there in the past,” Dynevor previously told Grazia UK. “I’ve done sex scenes before that I can’t believe I did.”

Bridgerton’s debut season was met with rave reviews, and while fans are eager to see where the story goes in season 2, they’ll be missing one familiar face. Page confirmed in April that he won’t be coming back to the period drama, reportedly turning down $50,000 per episode in the process. 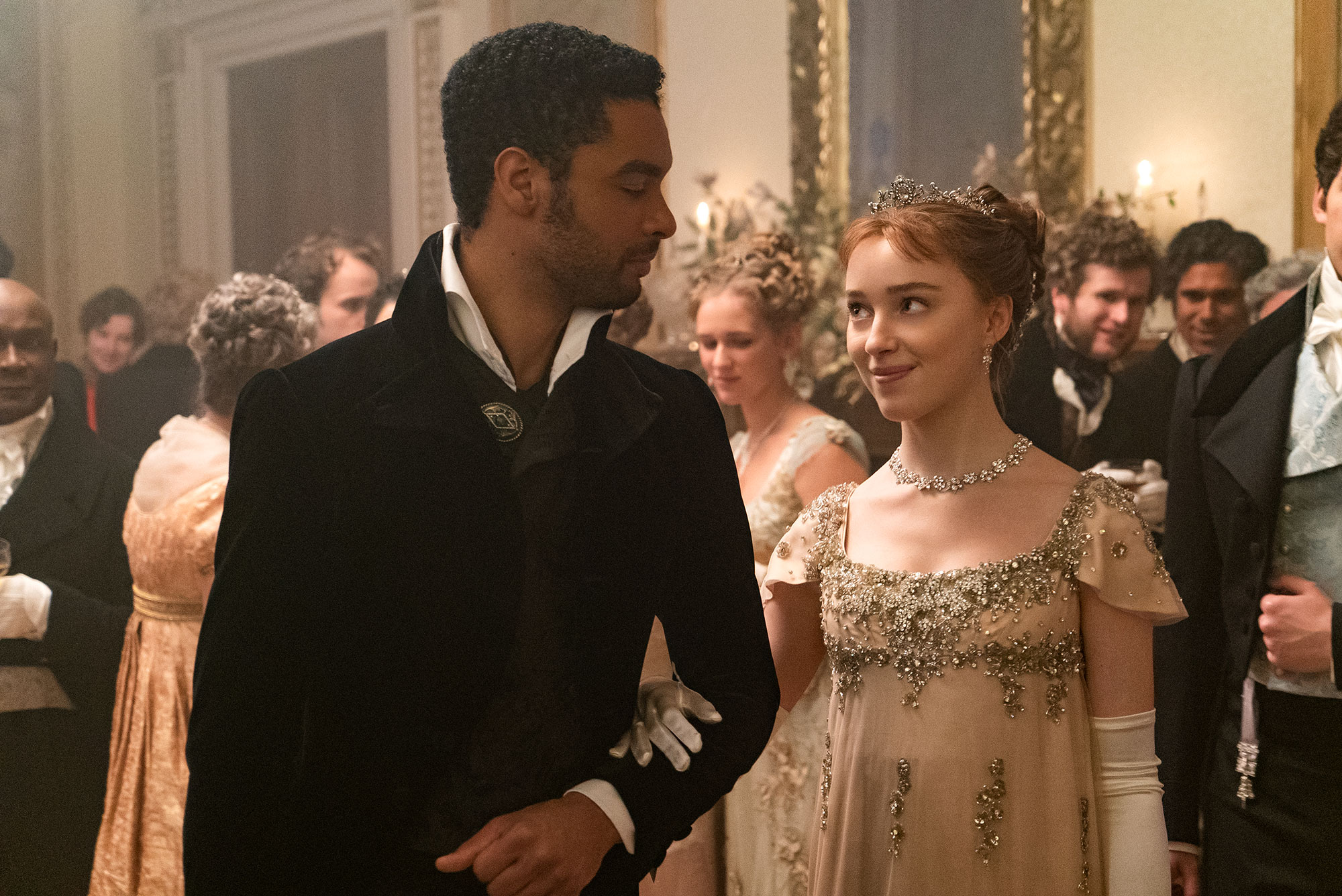 “It’s a one-season arc. It’s going to have a beginning, middle, end — give us a year,” he told Variety of his early conversations with producers. “[I thought] ‘That’s interesting,’ because then it felt like a limited series. I get to come in, I get to contribute my bit, and then the Bridgerton family rolls on.”

Without the For the People alum, Van Dusen is feeling a responsibility to step up the show’s game. “There has always been pressure on this show because these books are really beloved across the world and they have such a passionate fanbase and following that there always has been a healthy pressure for me to get it right,” he said on the Deadline panel.

Though he may not be taking part in season 2, Bridgerton will always have a special place in Page’s heart.

“It has been a remarkable year for everyone,” he said on Sunday, May 16, while accepting the award for Breakthrough Performance at the 2021 MTV Movie & TV Awards. “I know that everyone who works on Bridgerton worked incredibly hard to give audiences stories and shows that we could just feel good about, and not just because that’s incredibly valuable — that’s so important [and] it has been for me the last year. We wanted everyone to know they deserve love stories.”

Tags: &#03, Dynevor's, Phoebe, why
You may also like
Celebrities News