Daniel Craig’s James Bond has always been missing something.

It’s not the actor himself, nor the way the writers have developed the character. Craig’s Bond bears the closest resemblance to the man in Ian Fleming’s original novels: a cold, calculated, chauvinist British spy whose advances are not always charming and glorified.

But beyond fighting a shadowy terrorist organisation, devoid of any geopolitical backdrop, and navigating gender politics in the 21st century, what is the point of the Craig Bond? 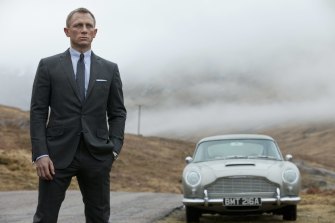 For years we have debated whether Bond is culturally relevant: whether he is too sexist or if he could be black or a woman. The films started becoming more self-aware about these issues when Judi Dench’s M called him a “sexist, misogynist dinosaur” in 1995’s Goldeneye.

As we await the release of Craig’s final film, No Time to Die, we spend all of our time arguing whether Bond’s gender politics are contemporary but don’t focus on his actual mission. What is it, who is he fighting and why?

With the rise of China, the real world is returning to a world of rivalry between the great and major powers. But Craig’s Bond is pitted against his weird foster brother with daddy issues.

Fleming’s novels and all the films starring Sean Connery and Roger Moore had the backdrop of the Cold War. It was high stakes. We knew what they were doing: keeping us safe from the Russians and the threat of another world war between the two superpowers of the time.

Fearing that the end of the Cold War was approaching, Fleming in the 1960s replaced SMERSH with SPECTRE – a vast international terrorist organisation headed by criminal mastermind Ernst Stavro Blofeld.

But the spectre (pardon the pun) of the Cold War always loomed large in this era.

Sometimes it was heavily implied that SPECTRE was being hired by the Soviet Union (On Her Majesty’s Secret Service) or China (You Only Live Twice) to wreak havoc on the West, while in many of the films it acted as a third party in the Cold War by playing the two sides off against each other.

No matter how far-fetched the storylines, the novels and the films were always rooted in the geopolitics of the time.

Not so with Craig’s films, which recycle SPECTRE and Blofeld (this time played by Christoph Waltz) but have none of the high stakes backdrop.

After a complicated plot over four films, we found out in Craig’s last outing, 2015’s Spectre, that Blofeld’s father took in a young Bond as an orphan, and his psychotic plans for world domination have been spurred on by the jealousy of his father’s affection for Bond.

While this plot point was partly lifted from Fleming’s source material, a short story collection published in 1966 called Octopussy and The Living Daylights, it is completely divorced from the current geopolitical landscape. 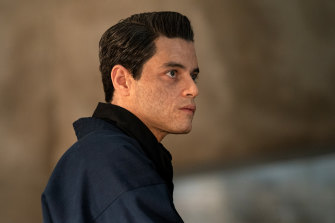 Rami Malek as villain Safin in the latest James Bond film, No Time to Die.

Why is an imperialist, Queen-and-country-loving spy chasing his foster brother around the world at a time when Britain is facing actual threats, so much so that it is rebuilding alliances in the Indo-Pacific to try and head off what could be coming?

The Craig films go to great lengths to say that there are no superpowers anymore and cyber crime from non-state actors is the major threat.

This is extremely misguided; the biggest cyber attacks in today’s world are usually sponsored by foreign governments – including China, Russia, Iran and North Korea – and this year’s wave of attacks on Microsoft Exchange servers demonstrated the growing nexus between large criminal groups and state actors.

In the “unipolar moment” after the Cold War, when the US was the unchallenged superpower and the West’s only real adversaries were non-state actors such as al-Qaeda, the lack of geopolitics in Bond films may have suited the times. But not anymore.

With the rise of China and the relative decline of the US, we are returning to a multipolar world where the contest between major powers is back.

It is easy to see why the studios behind the Bond films don’t want to reflect this world: Hollywood is anxious to get its blockbusters approved in China and would never want to displease Beijing.

The last Bond film to feature China in any meaningful way was 1997’s Tomorrow Never Dies, which featured a thinly veiled caricature of Rupert Murdoch trying to start a war between China and Britain to drive newspaper sales.

While it was an absurd plot, at least we knew what Bond was up against.

If China is now too much of a touchy subject, today’s Bond could take on a Russia which is poisoning people on British soil, waging widespread interference operations against a post-Brexit Britain and retaking former Soviet territory.

China or Russia don’t necessarily have to be the villain, but it should at least be acknowledged that espionage between the major powers – and not shadowy terrorist organisations – is now well and truly the main game once again.

While Craig has been a great Bond, and more faithful to Fleming’s original character than any other actor who took on the role, there is little point to him in today’s world.

Tags: Bond, Craig's, Daniel, James, why
You may also like
Celebrities News