By Lucy Sussex and Fiona Capp 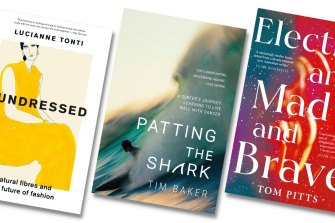 Books to read this week include new titles from Lucianne Tonti, Tim Baker and Tom Pitts.

Book critics Fiona Capp and Lucy Sussex cast their eyes over recent fiction and non-fiction releases. Here are their reviews.

Non-fiction pick of the week 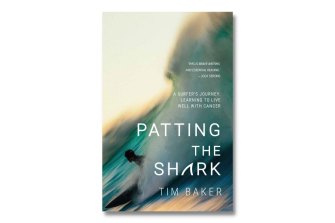 “Buddhism teaches us that our life’s work is to prepare for death, yet for most of us it is the homework we put off until the last minute. A cancer diagnosis is a wake-up call to do your homework.” And this is what Tim Baker has done. Diligently, courageously, candidly.

His story has much to offer and inspire those with a terminal illness, and anyone who wants to confront their mortality and live more fully. Seven years on from learning that he has incurable, stage-four prostate cancer Baker has stopped fighting the acute sense of impermanence such a diagnosis induces and has embraced this knowledge, has let it break him open.

From the debilitating effects of hormone therapy to the solace found in the surf, Baker’s determination to regard cancer as a teacher rather than a foe has enabled him not only to defy the odds but to flourish in the most unlikely of circumstances. 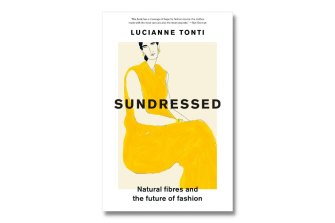 The beauty of this book is that it doesn’t scold. Instead, it conveys its message about the nexus between our wardrobe and the health of the planet by appealing to our senses and the wellbeing that good clothes impart – the caress of silk against the skin, the airiness of cotton on a hot day, the way wool breathes even as it warms us, the way linen softens with wear, and how these natural fibres connect us intimately with the sun, the sky, the earth.

In prose as stylish as her fashion sense, Lucianne Tonti shows how a combination of love of clothes and love of nature can “subvert the take-make-waste model that is driving fashion’s enormous environmental footprint”.

While unpicking the hype about sustainable clothing, she offers sensible advice and promising examples of how regenerative agriculture is forging a new, holistic paradigm that reconnects fashion with the cycle of life. 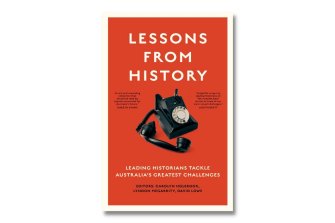 Learning lessons from history might seem a straight-forward process. But as the historians writing for this collection are all too aware, ideology and meta-narratives such as “progress” or “productivity” invariably shape how those in power politicise the past for their own purposes, whether it be provocative pronouncements on China or assumptions about the inexorable march of capitalism.

“If we are to avoid human extinction,” says Yves Rees, “we need to reimagine the way we exist in time.” As “timeworkers” historians are uniquely placed to help challenge and change the story we tell ourselves about how history unfolds.

As well as this big-picture perspective, these essays offer focused reflections on topical issues such as the cultural narratives that legitimise war crimes, effective ways of combating the rise of the far right, and the importance of bipartisan policy on domestic violence. 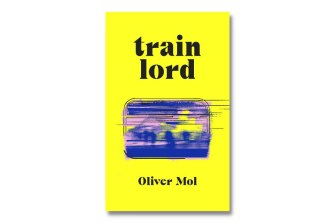 This is a story about the impossibility of making sense of chronic pain, largely because it defies any consoling narrative arc. In bursts of stream-of-consciousness, Oliver Mol tells and retells the story of how a 10-month migraine unhinged him, left him unable to write. And how he found a kind of order amid the chaos by working as a train guard, and how the trace of this pain reverberated through the years that followed.

As he comes at his story from different angles, constantly bewildered by how to wrangle the mess of life into a meaningful shape, he also muses on the business of storytelling itself – the hope it holds out, the promise of certainty and transcendence.

“Ultimately, stories are not for truth … They are bridges to the places that no longer or never existed, and the only reason I’m still writing is because I believe, however childlike, that there might be something on the other side.”

Fiction pick of the week 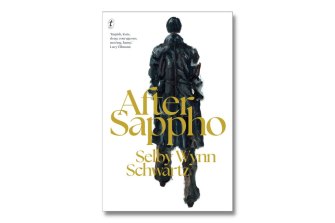 The work is a patchwork quilt of lesbian lives, speculation as interrogation. The usual suspects – Virginia Woolf, Gertrude Stein – appear, but also lesser and even largely unknown women, artworkers and activists. They are linked in their gifts, which they get the opportunities to express, through money, sheer will or pure luck. Similarly, they share a dedication to Sappho, her fragments of verse the key image and inspiration.

Such a project runs considerable risks, but Schwartz’s erudition and rigour holds it together. The work, longlisted for this year’s Booker Prize, is a triumph. For the Sappho fangirls and others. 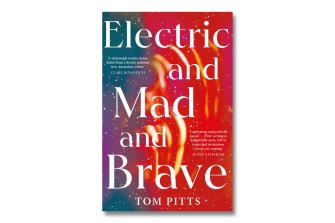 This debut is focused on young lives, which could edge it into the YA category. That it is 300 pages indicates a literary audience. It also has difficult matter: mental disorders, here fanned by sheer bad luck.

Two families intersect, with an intense teen love between narrator Matt and wild child Christina. They might have been step-siblings, had not a paternal death set off a spiral of disaster. Nearly everything afterwards goes wrong, a heavy burden for the narrative.

Years later, in therapy, Matt writes a memoir, a task to exorcise his demons. As he admits, it is unreliable. In words as well as life, Christina remains elusive to him, yet he can learn to live with it. 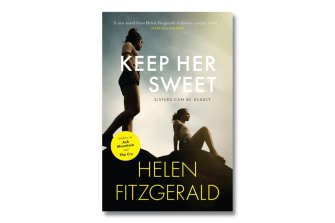 Helen Fitzgerald is an Australian now resident in Scotland who has an international reputation as a thriller-writer. Best-known is The Cry, televised by the ABC and featuring Jenna Coleman.

Keep Her Sweet similarly mixes British/Australian characters, here in the setting of Ballarat. It is unlikely to please the local tourist board, with mineshafts and meth figuring. Jen and Andeep are a troubled couple, and now their adult daughters have moved in. Asha and Camille were always fractious, but something worse has emerged. When a hapless family therapist is assigned, she too seems infected by the growing insanity.

Fitzgerald can keep a reader up all night page-turning, with great skills in narrative and horror. That this book goes completely over the top is either enough or too much, depending upon taste. 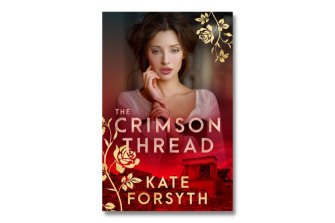 All sorts of authors are writing women-centric historicals. Kate Forsyth began in fantasy, her work always marked by its roots in fable and fairytale. Here she goes to the often-visited World War II, specifically the role played by Australians in Crete.

The setting is unusual, as is the Cretan heroine having a half-German, Nazi brother. Naturally, Knossos and its labyrinth figure, but the narrative is equally about modern Crete and its culture. It has a strong sense of place, and also family history, for Forsyth had relatives serving in Crete.

The result successfully mixes warfare and archaeology, coding and traditional embroidery. For the war buff with a fondness for romance.

The Booklist is a weekly newsletter for book lovers from books editor Jason Steger. Get it delivered every Friday.