Run it back! Netflix just released the trailer for season 3 of You, but fans have already noticed something very suspicious in the teaser.

‘You’ Season 3: Everything to Know

In a TikTok posted on Wednesday, September 1, user @mama_erin_ pointed out the fact that Joe (Penn Badgley) talks about having a son in the new teaser, but in the season 2 finale, he specifically said he a daughter.

The TikTok post includes the relevant clip from the old episode, which shows Joe having moved to the suburbs with Love (Victoria Pedretti) on the season 2 finale.

“I’m ready to meet my daughter,” he says. “I’m ready to be the good father I never had. To make the family I always dreamed of. The one she deserves.”

In the season 3 trailer, Joe speaks in voiceover as someone — presumably Love — bakes a cake to welcome the new baby. “People these days will name their kids anything to get attention,” Joe says. “And despite your mother’s background and your glam-ma’s determination to refer to you as Forty reincarnated, I know better. A boy is not what we expected.”

‘You’ Cast’s Dating Histories Through the Years

It’s not what the fans expected, either, given the mention of the daughter. As @mama_erin_ put it, “What’s going on?”

The trailer ends with Joe pondering potential names for the baby, saying he wants something “classic but not basic” that’s also “literary,” since he’ll be surrounded by books. “Henry, choosing your name is the first of a lifetime of decisions I’ll make to give you the best life possible,” he concludes as the unseen cake decorator writes, “Welcome Baby Henry” in frosting. 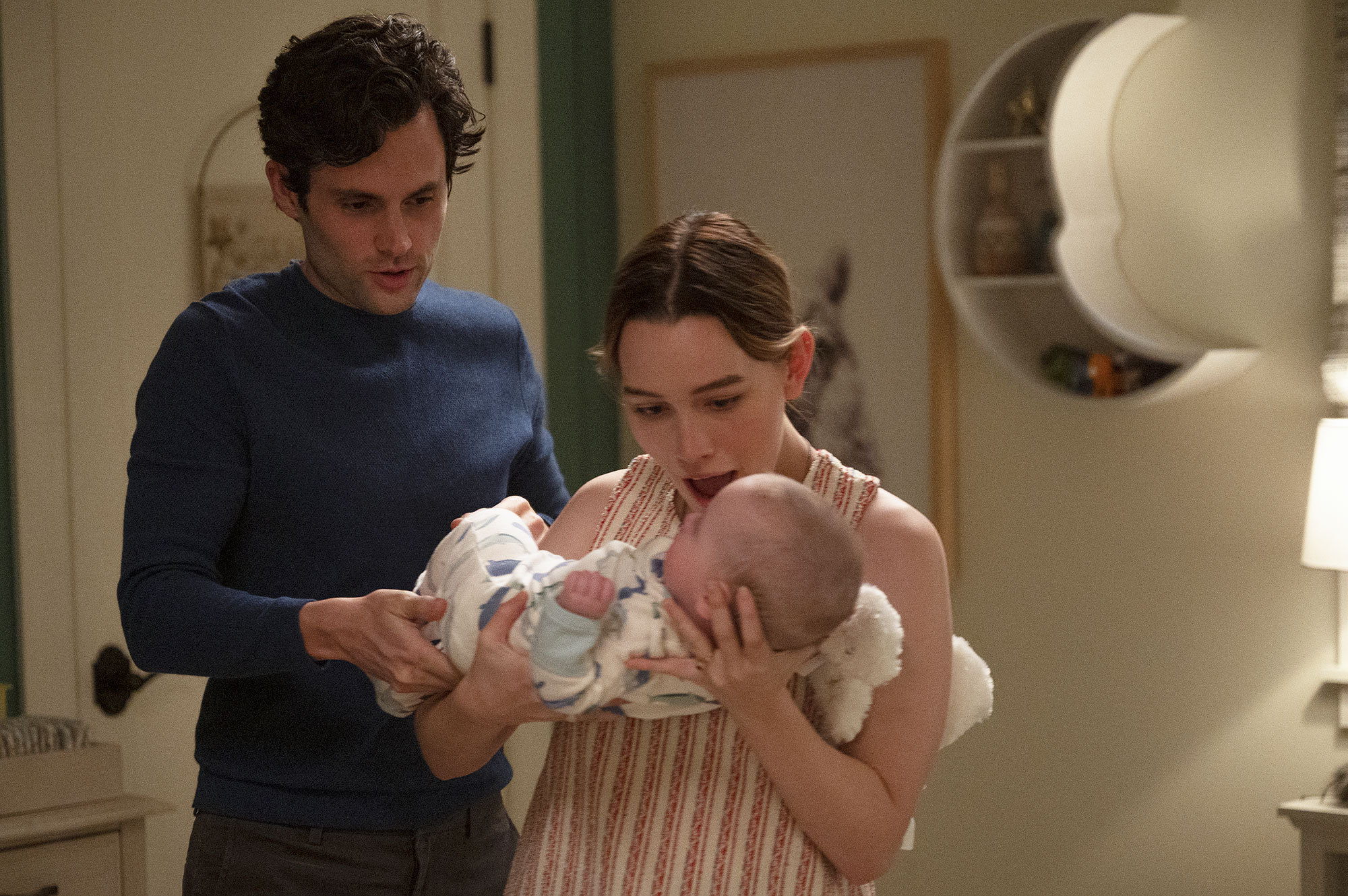 Fans have already started speculating about what this means for the daughter mentioned in season 2. Is it really a mistake, or is it a hint that something more nefarious is going on?

One commenter theorized that the baby Love was expecting in season 2 doesn’t survive, so “she snaps and kidnaps a baby from the hospital but it’s a boy.” Another pointed out that Joe saying a boy wasn’t “expected” could imply that the sex was incorrectly identified. Additionally, it could mean that Love is having twins, or that a time jump takes place and this is a second baby.

From Page to Screen! ‘Red Queen,’ More TV Shows Based on Best-Selling Books

No matter what, the new season will likely be as wild as the first two. In April, showrunner Sera Gamble teased fans with this tweet: “Also the episodes are f—king bonkers and the performances are insanely good. That’s all I’ll say about that till we are ready to talk about the new season.”

You season 3 begins streaming via Netflix on Friday, October 15.

Tags: son, spots, TikTok, user, what
You may also like
Celebrities News