But what does the gesture mean, as the Swiss prepare to take on Spain this afternoon in their Euro 2020 quarter-final clash. 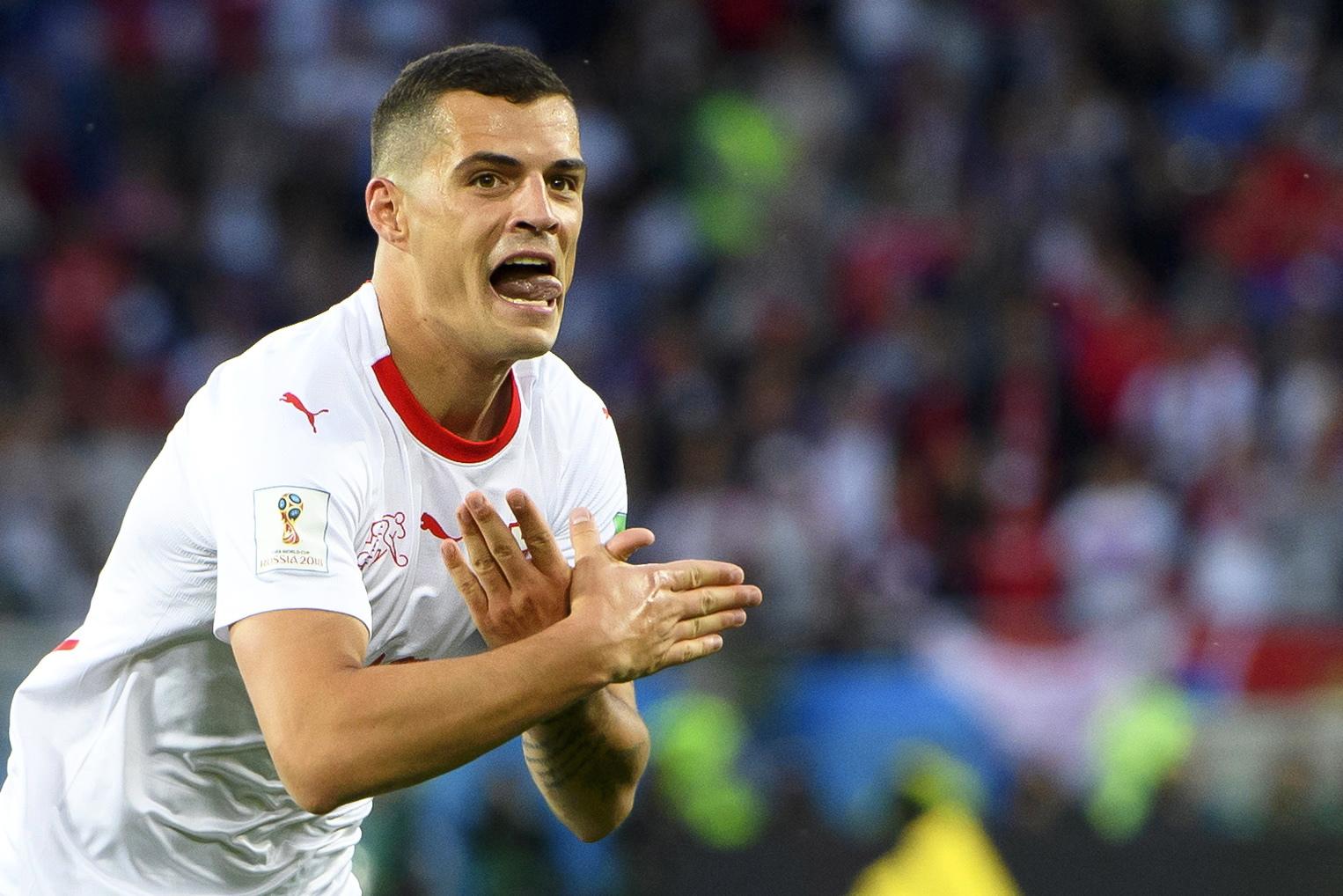 What is the Albanian Eagle?

Both Xhaka and Shaqiri celebrated their goals for Switzerland in their 2-1 win over Serbia by making the nationalist symbol of their ethnic Albanian heritage.

The players put their open hands together to look like a double-headed eagle – like the one displayed on the Albanian flag.

Shaqiri also wore boots bearing the flags of both Switzerland and Kosovo and was jeered by Serbian fans throughout the game.

And German-Albanian defender Shkodran Mustafi repeated the celebration in solidarity with the players during Arsenal's win at Cardiff.

Why is it controversial?

FIFA are coming under pressure from Serbia to charge the goalscorers for their celebrations – with them demanding a two-match ban which is laid down by FIFA regulations.

Shaqiri was born in Kosovo (a former Serbian province which declared independence in 2008).

Serbia do not recognise  Kosovo's independence and relations remain tense with many families choosing to move to other European counties including Switzerland. 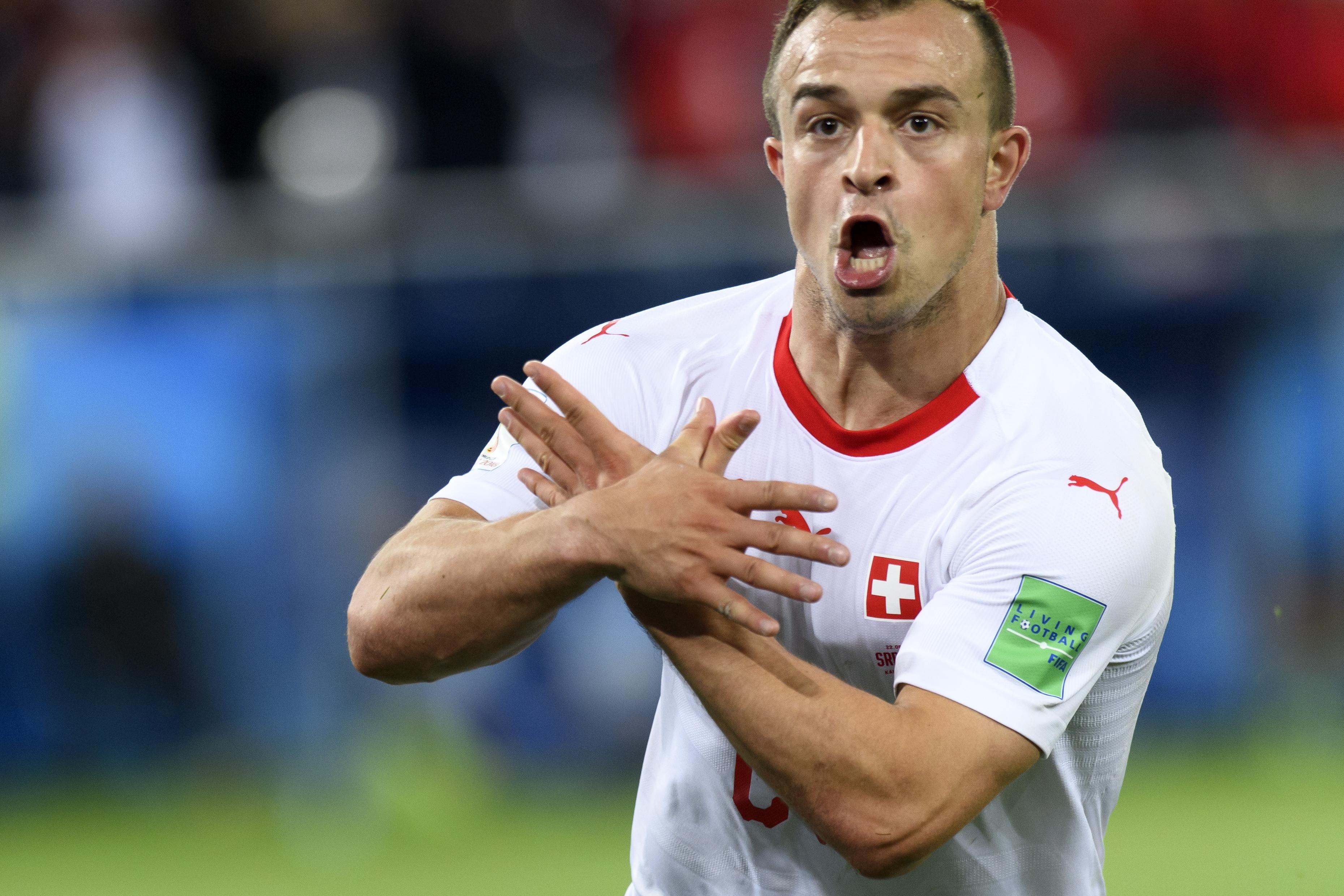 What did Xherdan Shaqiri and Granit Xhaka say about the gesture?

Speaking to reporters after the game, Shaqiri said: "You can see what I did and I think it’s just emotion. I’m very happy to score this goal. It was nothing more than that. I think we don’t have to speak about this now.”

Xhaka, said: “Frankly, my opponents did not interest me at all.

“It was for my people, who always supported me. For those who did not neglect me, in my homeland, where my parents’ roots are. These were purely pure emotions.”

Were Xhaka and Shaqiri punished for the celebration?

Xhaka and Shaqiri were fined £7,630 each for the Albanian Eagle celebration, which was dubbed "unsportsmanlike conduct" by Fifa.

But they escaped a ban for "provocative gestures", which was called for by the Serbian FA.

Captain Stefan Lichtsteiner was also fined £3,824 for making the gesture after Shaqiri's winner.

Will Shkodran Mustafi be fined for the gesture?

Shkodran Mustafi has escaped FA action and will not be fined.

The likely reason for this is that while Xhaka and Shaqiri's gesture in the World Cup was seen by Fifa as a provocation towards Serbian fans, Arsenal's game at Cardiff had no political connotations.

Tags: What is the Albanian Eagle? Sw
You may also like
Celebrities News