A SAVVY saver has revealed how she's on track to pay her mortgage off in eight years – and she's already paid £30,000 in early repayments. 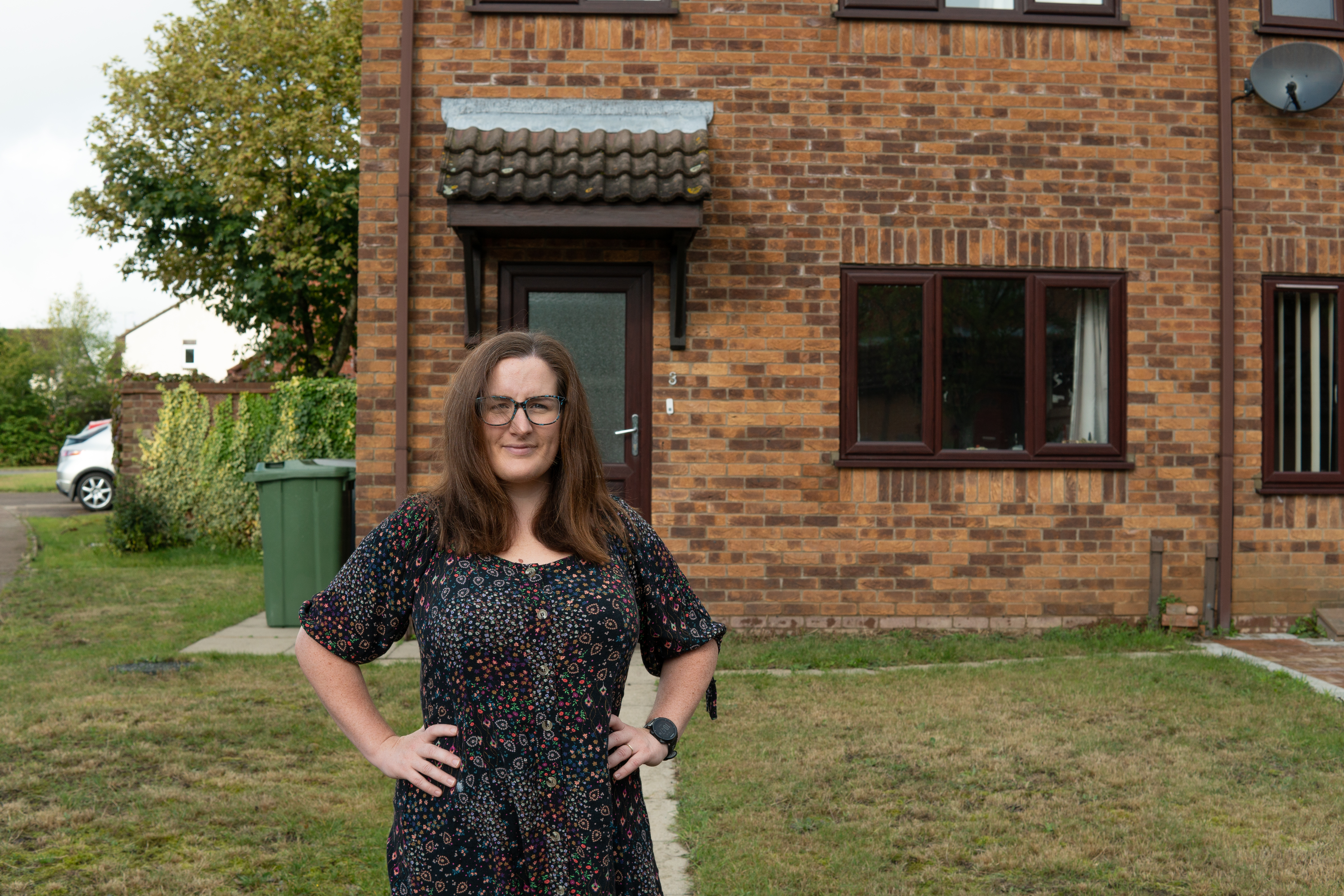 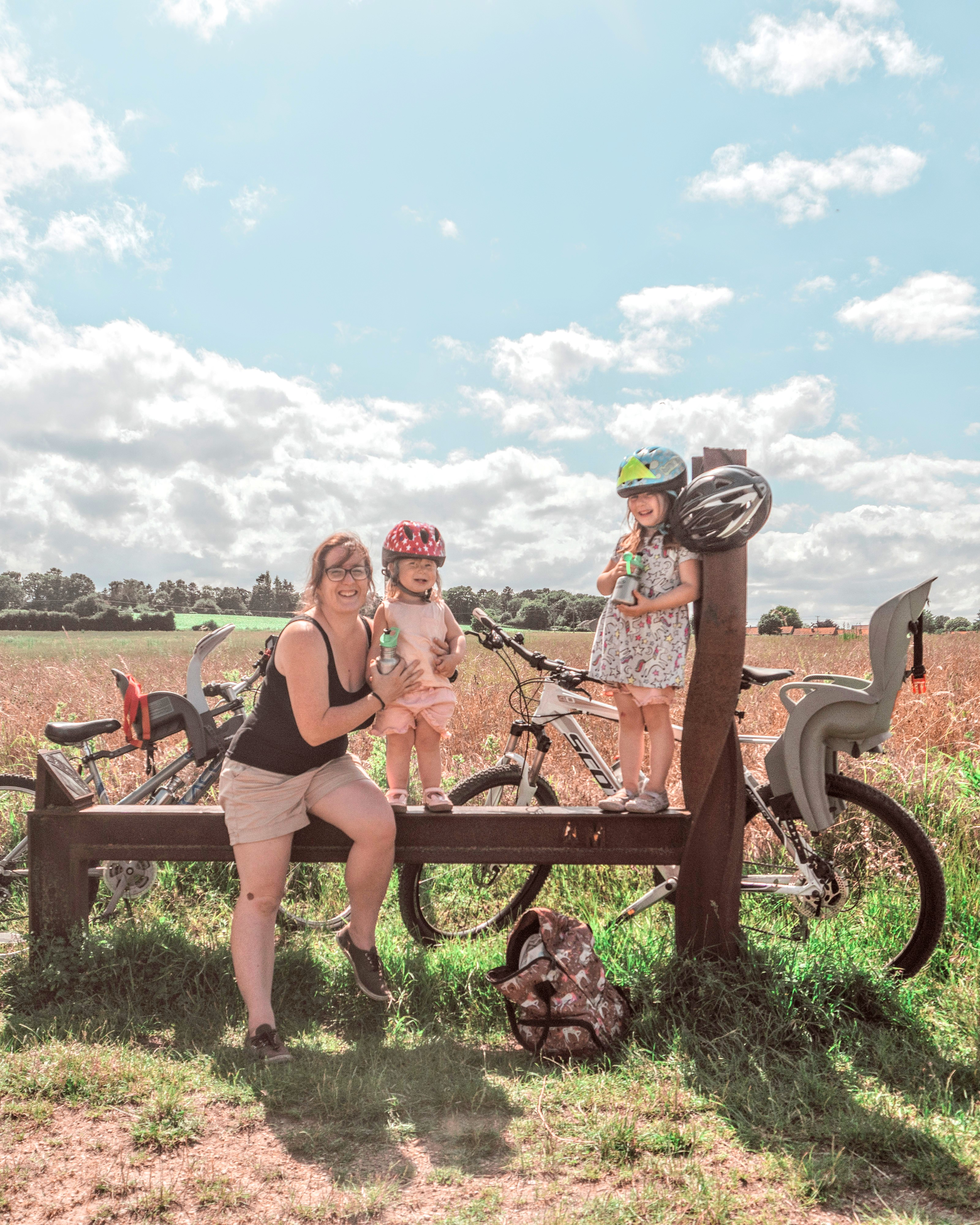 Along with her husband Dan, 35, she started making overpayments in 2018, and is aiming to be mortgage-free in five to eight years.

When you take out a mortgage to buy a house, you agree to a minimum amount to pay back to your lender each month.

If you overpay on your mortgage, it means that you pay more than the minimum amount, either regularly every month or as a lump sum.

Paying off your mortgage could save you thousands of pounds in interest in the long-run.

According to lender Habito, homeowners could save an average of up to £16,000 if they overpay their mortgage by £200 each month.

But while there are big savings to be had, life insurance broker LifeSearch said just 7% of UK homeowners have overpaid their mortgage in the first six months of 2021.

Charlotte and Dan, who run the money saving blog Looking After Your Pennies, have a joint income of £55,000 a year and have two children, Emily, 6, and Alice, 4.

They have had to sell their car, slash their food bill and regularly flog their unwanted household items to keep their savings goals on track.

Charlotte shared her money saving tips with The Sun – and explains how you can be mortgage-free at a faster rate too.

We wanted to move

Their monthly mortgage repayments at the time were £680.

In 2015, the couple started to think about upsizing so started to save up for a new house, putting away a minimum of £250 a month into their savings.

This would go up depending on whether money was good and if Dan had worked more hours – at this point, he was working in retail, while Charlotte was a teacher.

"House hunting was a nightmare," Charlotte said. "We couldn’t find anything we liked in our budget, and decided we didn’t want the hassle of moving after all.

"Plus, bills and council tax would be more on a bigger house anyway – and we didn’t want to have to pay more on this."

They decided to stick with their house and instead pile their savings into paying off their mortgage early – and be debt-free more quickly.

They put the £15,000 they had saved up for a new house into paying off a big chunk of their mortgage.

Usually, you'll have to pay an early repayment charge if you overpay more than 10% of the outstanding balance on your mortgage per year.

But Charlotte and Dan made sure to split up their overpayments to avoid this charge.

"Our mortgage provider allows us to overpay by 10% of the balance a year," Charlotte said. "Fortunately, when we decided to overpay with a lump sum, we were near the end of the year.

Their next step was to switch to a lower rate mortgage deal from 4.5% down to 1.7% to save even more on interest,but they still kept the same mortgage term of 30 years.

While this new deal lowered their monthly repayments from £680 to £450, the couple worked out how much more they could afford to overpay each month.

"We decided to pay at least £250 extra every month – which we're still doing," Charlotte said.

We have to be really strict

Charlotte and Dan decided to be "really strict" with their spending money ever since 2015, when they were initially saving for another home.

"Me and Dan sat down and created a budget for all of our outgoings and expenses, so we could see where we could cut money and save," Charlotte said.

A lot of their cash was going on expensive energy bills. At the time, in 2015, they were paying £110 a month on gas and electricity.

"I make sure to never pay more than this, keeping an eye on rates and making plans to switch again if I need to," Charlotte said.

They also got rid of one of their cars, as their petrol and insurance bill was a lot of money, Charlotte added.

"Now, we bike everywhere, and our other car is only used if we need to take the kids long distances."

They also slimmed down their food bill too.

"Previously, we didn’t keep track of how much we were spending on groceries – we just bought whatever we wanted," Charlotte said.

"Our food bill was huge at £700 per month. We managed to shave this down to £320 a month, saving us £380 by planning meals and getting groceries ordered to our door – instead of going shopping whenever we wanted."

Charlotte shops at Tesco and uses her Clubcard vouchers to get money off her shopping too after she's saved up enough points.

As well as saving money, the couple also looked at ways they could make it too.

A great way of making extra cash is to sell your unwanted items online.

In 2018, they did a massive clear out of the house, selling game consoles, TVs, old laptops and baby toys, making £800 in just a matter of months.

"Now, we’ve made decluttering a habit," Charlotte said. "We put a load of our old stuff on eBay every three months or so, making up to £300."

She also fills out surveys online too, putting around £300 a month back into her pocket.

"I fill out YouGov surveys and get up to £50 from this, and I also use Usertesting – which is a website where you review and test apps and websites, earning around £8 for each one you test," she said.

However, paying off your mortgage early isn’t for everyone, Charlotte said.

You need to have a look at your finances, and see whether your savings could be better directed elsewhere.

"If you're happy to start overpaying, then make sure you set up a budget and stick to it," she said.

"We wanted the freedom that comes with being mortgage free before you're 40 years old.

"Paying off your mortgage is something you hear your parents doing, but not a lot of people our age do it – we think it’s really exciting that we're trying to do it for ourselves."

Tips for paying off your mortgage early

Overpaying on your mortgage could help you save thousands – but homeowners need to get their finances in order before they do anything else.

You could be forking out thousands of pounds in early repayment charges if you're not careful, L&C director David Hollingworth said.

He said how much you could pay in early repayment charges varies depending on your mortgage deal, but some may slap a charge of 5% of any repayment made for the first year, dropping as each year passes.

So for a five year fixed rate the charge could be 5% for the first year you make a repayment, 4% for the second year, and so on.

However, other deals may have a flat charge throughout – it's best to check with your lender before making an overpayment.

"These charges can therefore amount to thousands of pounds – for example, if you were to repay a £100,000 mortgage in entirety with a 5% early repayment charge in place, that could amount to £5,000," Mr Hollingworth said.

He added that most lenders do allow homeowners to make overpayments fee free for up to 10% of the outstanding balance of the remaining mortgage balance that year.

While Trussle head of mortgage Miles Robinson adds that some lenders might even let you make payments charge-free for up to 20% of that year's mortgage balance.

But he said that homeowners might be better off piling their cash into savings elsewhere – instead of using it to pay off their mortgage early.

"If your mortgage has a low interest rate and you have high-interest investment options available to you, you may benefit more from investing your money, whilst continuing your regular mortgage payments,” he said.

A mortgage overpayment calculator can help you avoid these charges – consumer website MoneySavingExpert has a handy one you can use.

Some lenders might not let you make overpayments at all, Quilter mortgage expert Karen Noye adds.

"One thing to remember is that there are some mortgages, which tend to be Buy to Let mortgages, that don’t allow overpayment at all," she said.

Ms Noye added that you need to know exactly when to pay off your mortgage early each year to avoid being slapped with an early repayment charge too.

"If you do plan on overpaying on your mortgage it is crucial that you do very careful research or better yet speak to your mortgage lender or seek mortgage advice as there is a lot of variation in the market and an adviser will be able to ensure you get the best product for your financial circumstances."

HomeOwners Alliance chief executive Paula Higgins adds that you should make sure you put your savings into other important things too – not just into paying off your mortgage.

She said it's important to keep enough cash aside for an emergency pot of cash.

"Don't be hell-bent on paying off your mortgage at all costs. You need to maintain 3-6 months worth of expenses in an easily accessible savings account," she said. 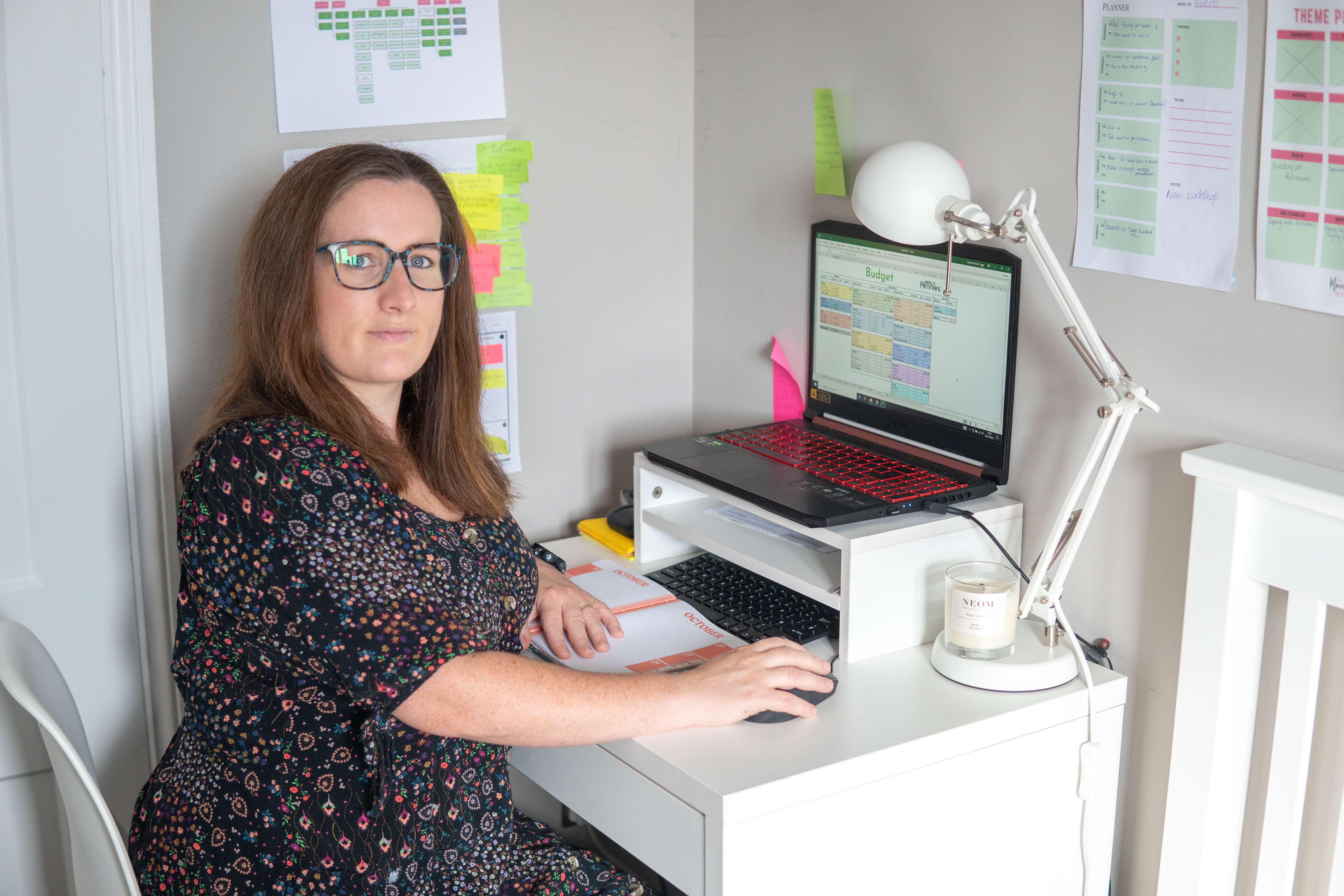 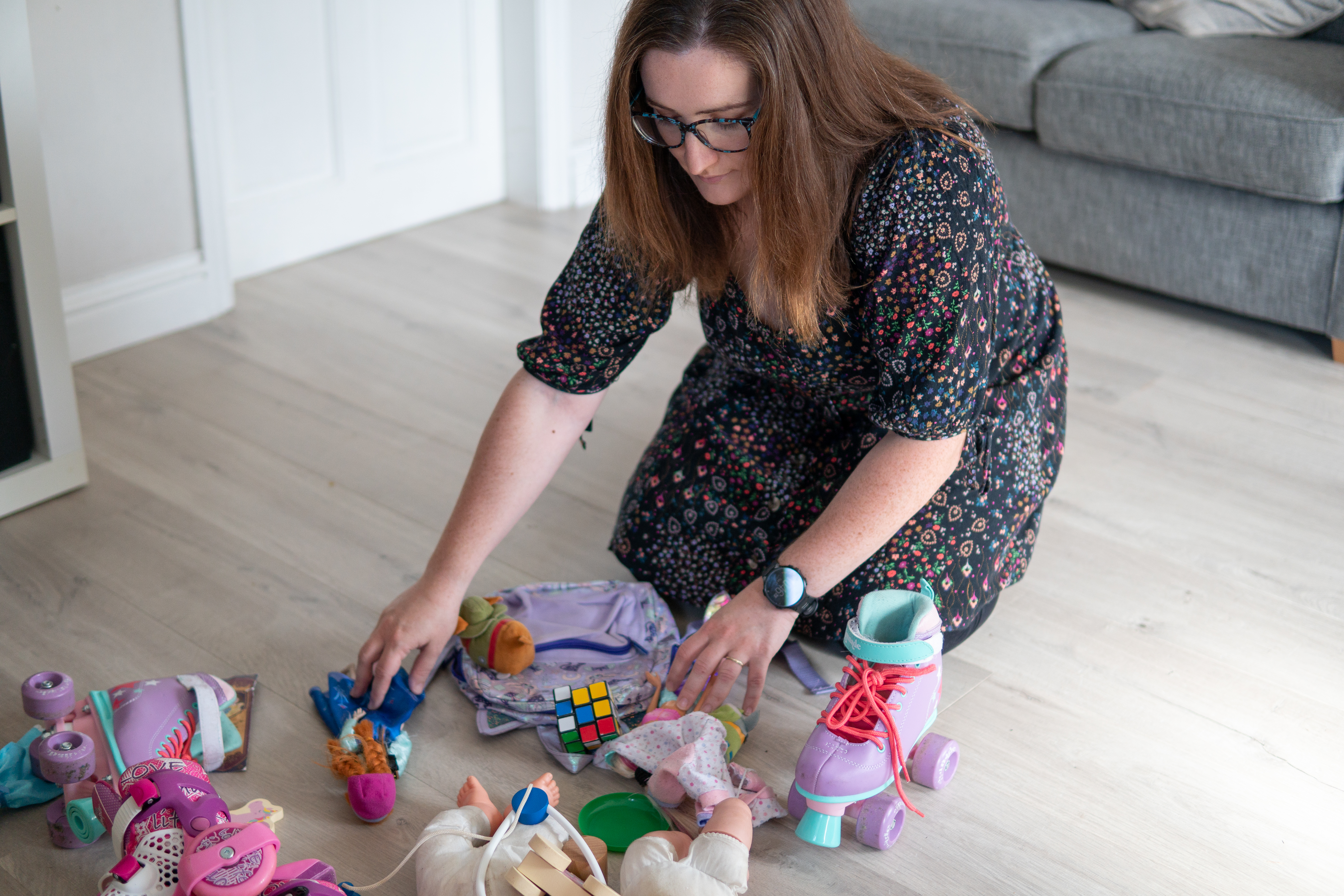 Tags: be, mortgage, on, to, Track, were
You may also like
Celebrities News