The consumer watchdog is suing Telstra, Optus and TPG over allegations the three telco operators mislead hundreds of thousands of customers over NBN speeds.

The Australian Competition and Consumer Commission has initiated separate legal proceedings against the three companies in the Federal Court, specifically related to guarantees they made about fibre-to-the-node connections between April 1, 2019 and April 30, 2020. 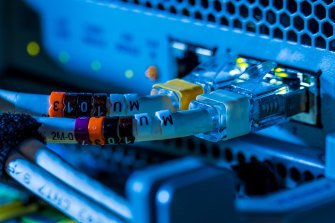 Many NBN customers could not get the speeds they were paying for, but were never told, the ACCC says.

ACCC Chair Rod Sims said that the companies had previously given undertakings that they would tell customers in a timely manner whether they could get the speeds they were paying for. While this appeared to have happened for some customers, reports indicated that for hundreds of thousands of others it had not. 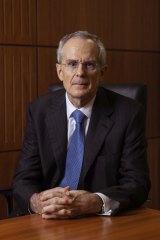 “We could have taken them to court for this in 2017, but in the end just accepted an undertaking that they fix this up. The idea that they didn’t take the undertaking they gave to us seriously is of great concern to us. And so that’s why we’ll be going for particularly high penalties.”

The ACCC pointed to statements made by the three companies starting in 2019 that lines would be tested within a matter of weeks of connection to ascertain the maximum attainable speed. If that speed was less than what was promised in the plan, customers would be contacted with options for alternatives.

The three companies have now apologised and said they will reach out to customers who never received those notifications, offering refunds. But Mr Sims said he believed that the companies did not have sufficient systems in place to make good on their promises, that they had made false, illegal representations, and that they would continue to do so unless courts gave them an incentive not to.

“We’re taking two or three cases a year between these three telecommunications companies, where they’re misleading consumers or not treating their consumers very well,” he said.

“We’re going in hard on this one and really trying to send the signal; they’ve got to increase their compliance and treat their customers better.”

An Optus spokesperson said that measuring NBN speeds on specific lines was a complicated task.

A TPG spokesperson said only a small percentage of its customers did not receive the attainable speed information.

“There were two key contributing factors to this issue. The first was failure by NBN Co to provide timely and accurate speed information to TPG Internet. The second was anomalies in TPG Internet’s legacy processes in place since 2017, and these have been fixed post-merger [with Vodafone],” they said.

“There was no intention whatsoever by TPG Internet to avoid its obligations and its processes were intended to provide the correct MAS information to customers.”

Get news and reviews on technology, gadgets and gaming in our Technology newsletter every Friday. Sign up here.

Tags: Going, hard, in, O, on, this, were
You may also like
Celebrities News